Why Do People Feel Morbid Curiosity? 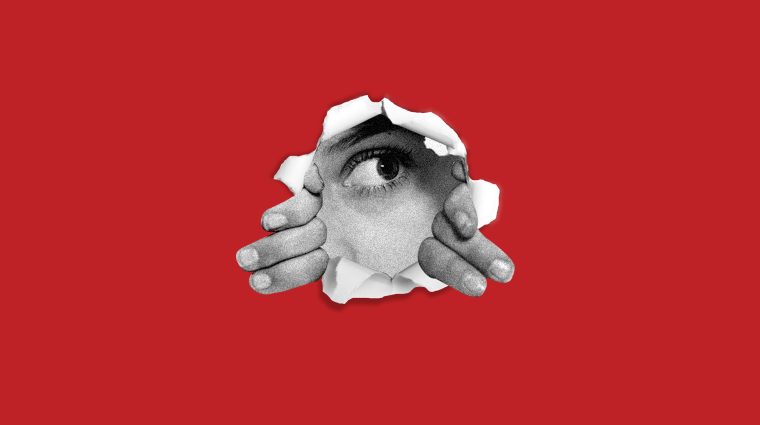 What makes you rubberneck until the scene of an accident is absolutely out of sight is morbid curiosity — defined as “a fascination with grisly or gruesome matters” by the Merriam Webster Dictionary.

Morbid curiosity is the undercurrent that sustains industries that provide disaster tourism, cover news on crimes and disasters, and produce horror flicks and crime reality shows. It is also the instinct that the steady flow of disturbing sexual clips, pimple-popping videos with blood and pus, Reddit-threads on gross, creepy experiences, and clips of brutal crimes, cater to. And, experts have theories on what causes human beings to be morbidly curious.

Speaking to BBC, Dr. Val Curtis from the London School of Hygiene and Tropical Medicine explained that the reason behind someone popping a pimple knowing it’ll be pus-filled, or lifting up the lid of a bin to take a sniff knowing it’ll smell unpleasant, is because the brain is interested to see what happens, and record the information for later. Simply knowing isn’t enough sometimes. “You’re practicing to see what happens. Small children put their finger in their poo and lick it — but no one does it again,” she said.

Even though there’s no immediate threat to an individual who is reading gore, or watching a disaster documentary, the brain still prepares for a fight-or-flight response. This causes a spike in adrenaline, endorphins and dopamine. Being in a state of alert can also make it difficult to look away from the source of horror. But, since there was never any real danger, the physical manifestations of the fear, such as faster rate of breathing, and muscle tension, soon wear off to be replaced by a positive surge of relief. This is akin to a roller coaster ride. “When riding a roller coaster, the rush continues after the ride is over, and it tends to intensify the positive feelings of relief,” Professor Sparks said, explaining how euphoria follows the stress.

What Makes Doomsday Preppers Brace For The Apocalypse?

Dr. Alexander J. Skolnick, an assistant psychology professor at Saint Joseph’s University, has also compared the pursuance of gross subjects, and objects, to watching scary movies. Because it is challenging to go through these experiences without getting repulsed, or terrified, some draw satisfaction from the fact they endured the experience without chickening out — akin to a “self-esteem boost” from feeling stronger and more confident. “It goes back to the initiation rites of our tribal ancestors, where the entrance to manhood was associated with hardship,” Professor Glenn Sparks from the Brian Lamb School of Communication at Purdue University explained.

In addition, immersing oneself into the violence unfolding on the news is a also a means to purge oneself of negative emotions like anger. This catharsis forestalls the need to act one’s own aggressive impulses out.

Another explanation for why people are intrigued by an accident on the road, or by news coverage of disasters, or any other morbid events, is simply because it imbues a sense of certainty into events that we don’t see unfolding before our eyes everyday — but still, continue to fear. Watching it unfold, witnessing people cope with it, and tracking how it is being dealt with, helps people soothe the anxiety caused by uncertainty, and understand the situation better.

And yet, for some, morbid curiosity can provide a sense of reassurance. “Maybe someone was jogging at 4 a.m. in Central Park and got murdered, or maybe they got into a car accident while talking on the phone. You want reassurance that this couldn’t happen to you because you’re safer than that,” Dr. Matthew Goldfine, a clinical psychologist from New York, told Women’s Health Magazine, explaining how we are constantly trying to see how our actions can differ from victims, in these scenarios, to feel safer ourselves. This also explains India’s long-term obsession with crime reality shows like Crime Patrol and Saavdhaan India.

The element of death is an important part of morbid curiosity. Human beings are obsessed with learning about death because we know it happens to everyone, but we cannot really ever understand death. And, due to “their blurred relationship with death and the body,” zombies, vampires, monsters, and other supernatural creatures in the realm of horror fiction, capture our imagination — by baiting our curiosity with insights into death.

Sometimes, a morbid curiosity-ridden obsession with death is also about acceptance. Megan Rosenbloom, a medical librarian at the University of Southern California, and expert on anthropodermic bibliopegy, or the practice of binding books in human skin, who heads a collective of morbidly curious artists and intellectuals, explains that morbid curiosity can bring about a healthy acceptance of death as an ordinary part of life. In her book, Smoke Gets in Your Eyes: And Other Lessons from the Crematory, Caitlin Doughty said that: “Accepting death doesn’t mean you won’t be devastated when someone you love dies. It means you will be able to focus on your grief, unburdened by bigger existential questions.” It also helps us appreciate the present more.

Morbid curiosity can also inspire empathy. “Our attraction to the macabre is, on some level, a desire to experience someone else’s suffering,” Eric Wilson, author of Everyone Loves A Good Train Wreck, concluded at the end of his conversations on morbid curiosity with psychologists. In fact, a 2012 study by the Ohio State University had found that tragic movies stimulate empathy in viewers. But, Wilson’s research also led him to the opposite end of the empathy spectrum: schadenfreude. And, therein lies the explanation for our collective obsession with celebrity scandals, or with enjoying the spectacle of people washing their dirty laundry in public. “The deeper the darkness is, the more dazzling. Our secret and ecstatic wish: Let it all fall down,” Wilson wrote.

The preoccupation of human beings with morbid curiosity stems from an array of factors like feeling safer and reassured, learning from the experiences we subject ourselves to, or simply purging oneself of negative emotions. But, at the same time, it exposes our complex relationship with the notion of death — ranging from the urge to safeguard ourselves from it, to exploring its uncertainties, and finally, to accepting it.