Why Does ‘Euphoria’ Insist on Sexualizing Teen Girls? 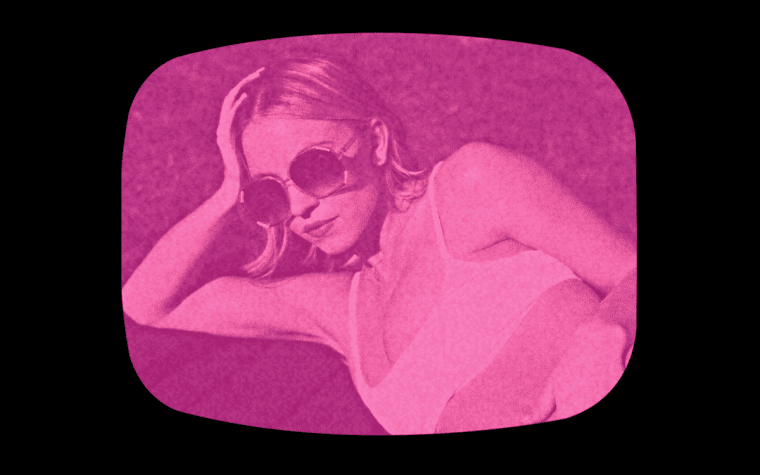 There is a fine line that Euphoria has tried to walk since its inception. It is between subverting the male gaze and the moral panic over teen girls’ sexuality on the one hand, and actively participating in these on the other. No other character represents this tension more than Cassie, played by Sydney Sweeney — the Jessica Rabbit-esque, vulnerable yet irresistibly sensual… 16 year old. Or, perhaps, she’s 17 — still an underage teenager. Either way, in season 2, episode 2, the balance is tipped firmly toward the camp of “sexualize the hell out of her, leave nothing to the imagination.”

Let’s talk about that opening montage in episode 2, to begin with, or as I like to call it: a tale of two fantasies. It does everything the show tries not to do, or seemed not to be doing so far, with Cassie. Through Nate’s (Jacob Elordi) hospital haze fantasy, Cassie becomes an undeniable sex goddess shown bouncing, gyrating, and thrusting her way through Nate’s fever dreams with abandon. To acknowledge that teen girls are sexual people is not a bad thing — but to cater to the very gaze that has, in popular culture, made them out to be far older, more mature, and therefore fair game for sexual attention from everyone, is another thing entirely.

The fact that the show often relies on getting a free pass to do this, based on the technical fact that all the actors involved are adults, is akin to how some corners of the world waited with bated breath for the moment Billie Eilish turned 18 in order to openly sexualize and project their fantasies on to her.

To be sure, Cassie’s character is that of a teen girl constantly battling the need for male validation — a character who is all too real and too familiar. Many have been in Cassie’s place, only to realize later in life how damaging it was for them, personally, to bind up their own self-identity with male approval. She embodies what Gone Girl critiqued through the “cool girl” monologue — but it is real and relatable, because most, if not all, of us have had a cool girl phase. Teen girls are a high-risk demographic for it. And yet, while season 1 arguably showed us Cassie’s nervous energy, insecurity, and emotional vulnerability through this phase, season 2 abandons all this nuance in favor of solely reducing her to Nate’s conquest.

The biggest eye-roll, however, was the tiresome cliche of two girls — Cassie and Maddy — in love with the same horrible, toxic boy. Cassie’s trysts with Nate excite and terrify her in equal measure but why, for once, can we not have two best friends remain so without a man’s interference? Was it compulsory for Cassie’s character arc to be entwined in the most boring of tropes? Could she have, at the very least, had a chance to be thrown into this without the added hyper-sexualization through the gaze of this very trashy guy they both somehow orbit?

It isn’t that there’s something icky about looking at teen girls (even if they are played by adult actors) being sexual per se. It’s about looking at them being sexualized — because this means that someone is doing the sexualizing, and that someone, in this instance, isn’t just Nate; it’s everyone who watches. It is, for one, a great disservice to the inner worlds of teen girls, their complexity, richness, and the parts of their humanity that are expressed through their sexuality. It reduces them to a Lolita-esque prop who cannot be described beyond taste adjectives like yummy, juicy, delicious, or something just as gross. Worse, it is clear that this episode and treatment of Cassie isn’t a comment on how the characters in Euphoria’s universe see her. It is the decisions made behind the camera that make the gaze complicit, rather than subversive.

In Euphoria Season 2, Everyone Is Back Where They Began

Take, for instance, the trope of the seductive nature of wealth. Many films and TV shows that claim to critique the excesses and corruption of too much money inevitably fall into the trap of glamorizing it, making viewers want the very thing they’re supposed to view critically. In Succession, this indulgent money-hungry gaze is subverted. Although it is a show about the uber-rich, its creators deliberately produced and shot it in a way that “flattens” the pleasures of wealth. Nobody who watches Succession really wants what the characters have.

Contrast that, with the way teen girls — some of the most heavily objectified people in real life and in pop culture — are portrayed in popular media. Euphoria has perhaps tried to subvert the gaze that typically reduces them to one-dimensional characters, with any other dimension limited to the curves on their bodies. But this effort, it is clear, has now failed.

The show did have some moments from its past that it reckoned with very briefly in this episode. We saw Kat, played by Barbie Ferreira, go through a cam-girl phase last season that had an empowerment subtext to it. Remember, she could not have been more than 15 or 16. After facing body insecurities over her weight and internalized shame for not conforming to the desirability standards of her peers, Kat goes out of her way to prove to herself that yes, she too can get some. A friend made this yikes observation about the whole thing: “it doesn’t help that Drake is an executive producer, famed teen sexualizer.”

This season, Kat has a moment, surrounded by shouting self-care mannequins torturously screaming affirmations in her head, admitting that that wasn’t “real.” It is a moment where the show acknowledges the performance that we do, often, as teen girls who try to grow up too fast as a response to the very real pain of not being taken seriously. Sexualizing ourselves for the male gaze is one sure-fire way to do that, indeed, it is among the only ways to appear more “grown up.” But it backfires since ultimately, society treats teen girls like an a-la-carté menu where only the characteristics they pick — in most cases, their sexuality — bestows the maturity that they seek. In other words, maturity is afforded to teen girls only insofar as they make themselves available sexually, and not for anything else.

But Kat also represents an interesting parallel to Nate, because we see both their sexual fantasies in this episode. In Nate’s fantasy, the object of his desire is a hyper-feminine teen girl his own age; she is the main attraction in the whole dream. Kat’s fantasy, on the other hand, involves a hyper-masculine Viking character with lots of phallic imagery (literally and figuratively) — but we don’t see this through her own eyes. We see it from a voyeuristic camera angle, far away from her and barely in her line of sight, as the Viking has aggressive sex with her. Almost as if we’re peeping into her fantasy, but we’re an active part of Nate’s. Why?

In maddening contrast, the scene between Jules and Maddy in which they discuss being drawn to dark, unhealthy relationships, is the nuance that we’ve come to be drawn to Euphoria for. Why are teen girls doomed to this? Can they ever be happy on their own terms? When Maddy says she might get back together with Nate, she knows it’s a terrible idea. So does Jules. But here is what Jules says: “I wish you could see yourself the way the rest of the world does.”

How meaningful is this, when Euphoria spent the first half of the same episode showing us very clearly how the world sees teen girls? Combatting debilitating self-hatred by adopting the gaze of the world is precisely the destructive spiral that teen girls often find themselves in.

It would have been more accurate for Jules to say that she wishes Maddy saw herself the way Jules saw her. Because when the rest of the world is busy figuring out all the ways it can continue to erase the humanity of adolescent girls, it is their collective strength, their quiet solidarity, and fierce love for one another that resists everything else. They know what it’s really like, they recognize the humanity and the pain — and they will protect each other at all costs. At least that’s what Jules, as a teen girl, seemed to be trying to imply — if only anybody, including Euphoria’s show-runners, could have listened to what their own characters were really saying.