But Is It Healthy?

Why Hating Groups, Institutions Gives People a Sense of Purpose in Life 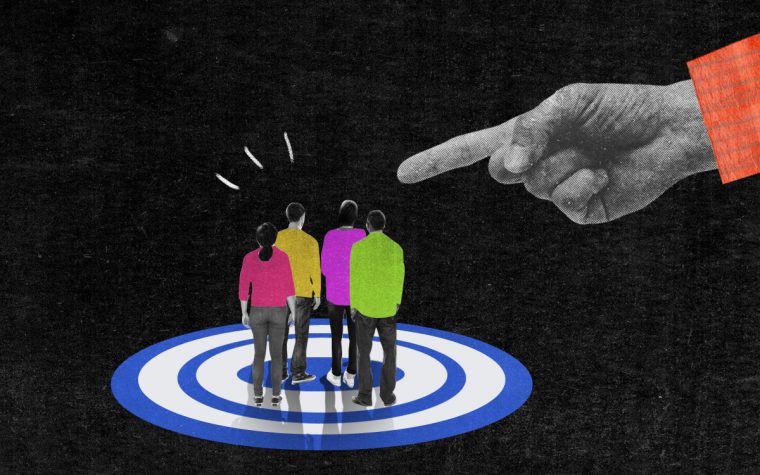 We’ve grown up being taught — at least in theory, if not in practice — that hate is a negative emotion; yet, malice and dislike continue to flourish in pernicious ways. Historically, we have witnessed just how damaging hate can be to human lives and livelihoods — through wars, terrorism, genocides, hate crimes. But we have somehow managed to create a present, where it often seems like we are living in a culture of hate — centuries since evolution led us to form civilized societies.

It makes one wonder: what function does hate serve that we have just not been able to do away with it? We know hate responds to individual instincts too. People hate because it helps them feel better about who they are — by either funneling the blame for their problems away from themselves or projecting their insecurities onto others. Hate also helps people form strong bonds based on mutual disdain for another entity. As such, hate appears to have a multi-faceted allure. But, apparently, that’s not all.

A study, published earlier this year in the Journal of Experimental Social Psychology, concluded that hate — when directed towards collective entities like groups institutions — allows people to find a sense of purpose in life. The researchers asked 847 participants to fill out a variety of questionnaires about their emotions and their objects of hatred, among others. Their conclusion was that hate — and not mere dislike — exacerbated people’s “behavioral activation system,” which is associated with feelings of eagerness, determination, and enthusiasm. Hatred also suppressed their “behavioral inhibition system,” which is linked to feelings of uncertainty and confusion.

“I think that any casual observer of human nature recognizes that many prominent cultural figures or political movements gain a lot of steam when they have a clear, identifiable enemy that they are fighting against. I started reflecting more on why this might be, and it occurred to me that having an enemy, someone to hate, might energize people,” says Abdo Elnakouri, the first author of the study, who is pursuing his Ph.D. in social psychology at the University of Waterloo.

Interestingly, hatred towards individuals didn’t seem to inspire nearly the same sense of purpose among the study participants. Could it be because that seems petty — and certainly less big-picture-y — to the haters so as to inspire purpose? Or is it difficult to sustain the same degree of hatred towards one person as it is to hate a collective? Until further research, these questions will, perhaps, need to wait.

What we do know is that hating institutions built on patriarchal values, governed by neurotypical standards, catering to the interests of the socio-economically privileged population, or discriminating against marginalized populations is common — and, to a great extent, rightful. Perhaps, that’s what drives activists to keep working towards a more inclusive society. As such, a sense of purpose — and, by extension, hate — seems integral to the process of social change. “Hatred might be a powerful motivating force, giving people a clear purpose against a worthwhile enemy — in other words, a life full of meaning,” Elnakouri notes.

However, not all the hate that exists in the world is rightful. Nor is it necessarily the restorative kind that helps build a strong, healthy sense of self. Often, it is destructive instead.

“[So,] perhaps we can train ourselves to struggle against, or even hate the right things in life,” Elnakouri advises, adding that “I would like people to think more about whether they themselves are prone to engage in struggle for its own sake, and to be mindful of when they are doing it to get a psychological kick out of it, rather than out of principle.”

While Elnakouri’s advice might be sound, it doesn’t seem realistic to expect people to be so deliberate about their objects of hatred — especially in a world, where introspection isn’t as common as we’d probably like it to be, and self-awareness doesn’t seem to be nearly as abundant as hatred.

Moreover, as an article in The Wire stated, “the media factory of haters is overflowing with debatable, if not outrightly distorted, accounts of stories ranging from those of genocide, rapes, and sexual slavery in medieval India to the so-called ‘love jihad’ in recent times. Many of us receive such messages on WhatsApp also. They brazenly exhort us to take revenge… Unfortunately, it does not seem likely that there is any hope of redemption. [Researchers] find that haters believe the enemy is irredeemably malevolent, and there is little room for constructive change.” In other words, what makes hate powerful is precisely what makes it a force of abject destruction.

Moreover, experts believe that while hate can stimulate brain regions that drive planning and execution, it also triggers aggression. The emotion increases the levels of cortisol, the “stress hormone,” and adrenaline, the “fight-or-flight hormone,” which can lead to anxiety, depression, insomnia, weight gain, and even inflammation throughout the body in the long term.

As such, while hate may, on occasion, serve a useful function for people and for society, perhaps, it’s important to look for “safer” motivators too.

Elnakouri already has an idea. “I think one interesting question would be to see how hate compares to other sources of meaning in life. Is hate more potent than love, for example, at giving people a sustained sense of meaning? Perhaps hate is easier or safer because it is less vulnerable than love; you don’t have to be open with another person to experience the meaning that comes from fighting an enemy.”

But Is It Healthy? | hatred | science of us | sense of purpose