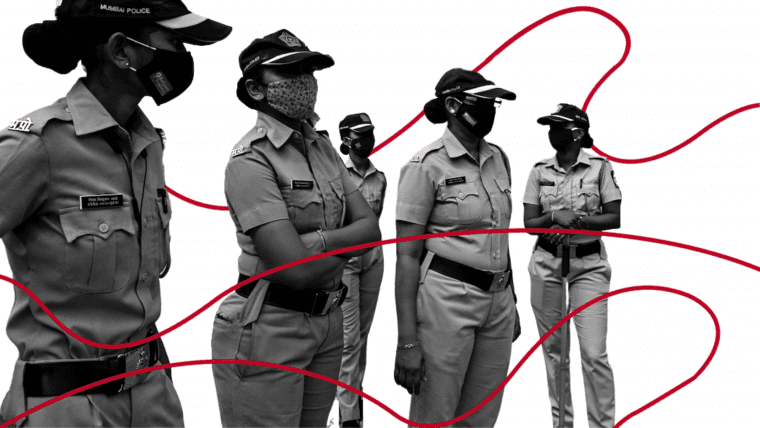 A deadly rape has shaken the nation, a news report wrote, “once again.” It referred to the rape of a 34-year-old woman in the Mumbai neighborhood of Sakinaka last week. The “again” here hinted at a morbidly similar death from 2012, what has come to plague our collective conscience as the Nirbhaya incident. Yet, this evokes the heart-wrenching memory of reading about a woman gang-raped in Chhattisgarh, the national athlete found dead on train tracks in Bijnor, or the 13-year-old Dalit girl raped in Delhi.

These are “cases” from just last week.

The Mumbai police now plan to set up a “Nirbhaya squad” to bolster efforts for women’s safety. Here are some things the all-women official squad is asked to undertake: the squad will intensify patrolling in areas where the occurrence of crime is likely; each police station will have “mobile-5” vehicles at its disposal for patrolling; the squads will undergo two-day sensitization training along with receiving training for collecting intelligence in areas where girls’ hostels and children’s shelter homes are located. There is also a counseling program called “Saksham,” where police will offer counseling to sexual harassment/assault victims. Police are also asked to help women commuting alone at late hours.

In short, the effort to boost police surveillance and harp on the idea of “all women teams” has emerged as a reasonable solution.

One can’t help but find the cause and effect of this string of events hauntingly formulaic. When such instances shake the national conscience (which is happening disturbingly often), the response is quite trite. There is rightful outrage, which segues into a demand for more police funding and infrastructure and concludes with hanging perpetrators of crime. The cycle of incarceration starts and ends with desired criminal justice system reforms. Yet, the discourse disassociates the heinous act of rape from a culture of oppression and pushes this lens to evaluate the efficacy of the justice system.

To fully understand this absurdity, here’s a watered-down equivalent of what this process looks like. Think of rape culture as a Rubik’s cube; the violent form of rape is one of its six faces. One can have matching cubes on one face and call it a success — but that does nothing to solve a larger puzzle of crime against women.

4 Nirbhaya Rapists Hanged to Death Today. It Won’t Change Anything.

The resistance to understand the intricate network of rape culture thus keeps pushing us back to punitive after-the-fact measures. In 2018, eight cities implemented the Women Safe City Project to develop emergency response systems to help women. This involved public panic buttons, smart LED streetlights, deploying all-women police patrol teams, forming one-stop crisis centers, and forensic and cybercrime cells. Experts had critiqued the “all women” team notion even then, for it perpetuated the idea that only women can keep women safe.

The clamor for incarceration is evident; retribution is always in demand. It shouldn’t come as a surprise that retributive justice doesn’t solve rape culture. This isn’t a number game, but any metric shows that crimes against women have increased swiftly over the years (more so during the pandemic). Even the imposition of the death penalty as a seemingly neat solution to rape has had little effect; experts note they change the nature of the crime, not the frequency or severity. “If committing the crime of rape can lead to capital punishment when murder doesn’t, then rapists will be encouraged to kill their victims, to destroy the evidence of the crime with the harsher penalty,” The Swaddle’s Pallavi Prasad wrote.

Most measures trust blindly in funding police infrastructure and state surveillance. This is problematic for two reasons. One, recent caste-based rape instances have shown the complicit role of state authorities in sexual crimes. The Hathras rape case, followed by the Delhi incident, noted the involvement of police officials in the intimidation of families and erasure of evidence by forcefully burning the body. Moreover, the police allegedly resisted appeals to add a rape charge against the accused. “Instead of going after the accused, the police kept questioning us… They separated us, and there were multiple rounds of questioning, followed by intimidation to remove the rape charge,” the girl’s father told The Print.

Other surveys have shown that increased police presence, such as those proposed by the Mumbai police and numerous other authorities, does little to inspire trust. “Not a single person reported feeling safe around the police. In fact, many women specified that if a police car pulls up next to your car or taxi at night, you should never stop. The lack of trust in police systems comes from their continuous discouragement and harassment of women who try to report sexual assault,” Dr. Shilpa Phadke, the author of Why Loiter? Women and Risk on Mumbai Streets told The Swaddle.

The notion of surveillance as a vehicle to safety is again deeply flawed. Delhi, as the “rape capital,” was also found to be the most surveilled. According to survey data, a study concluded that “CCTV did not affect crime and an undesirable effect on crime according to police records.”

Overall, the idea of protectionism endures. After the Mysuru college gang rape incident last month, the University passed an order restricting women’s mobility outside the premises after 6:30 pm. The overarching narrative is that any university or infrastructure are violent spaces that women are better off not accessing at all. The University later withdrew the order after fervent criticism.

The conversation about reforms is understandable in wanting to reform criminal justice and feeling powerless. “An effective justice system, however, centers around deterrence and not retribution. Killing the rapist doesn’t kill the problem of rape,” Donna Fernandez noted in The New Indian Express.

In the end, investing more funds in police staffing and not actively broaching the feminist understanding of rape culture has a limited effect.

Think of a feminist framing of rape culture as three buckets. The first probes the idea of rape as an extreme part of a culture. A survey as latest as 2019 showed young Indian men believed women who wear shorts were “inviting rape.” “There’s an intimidatingly long list of behaviors, beliefs, and norms, more subtle and benign than rape, that contributes to this culture, that we all learn as a social script; combating rape, then, necessitates we dismantle this culture,” Pallavi Prasad wrote in The Swaddle.

The gender-sensitive training that many state authorities hope to distill in two/three-day sessions has a reading list along with the tune of addressing re-traumatization of rape survivors, opposing casual sexism and slut-shaming, questioning portrayals that normalize violence in pop culture, women’s abortion access, thinking of marital rape as a crime instead of a cultural safeguard. The list is endless; each element has to do with protecting the idea of choice and consent.

The outrage against this death, along with others, hasn’t come to its logical conclusion just yet. “After Nirbhaya, we thought things would change, but we keep hearing of (rape) cases every single day. Not a single day goes by where we don’t hear of one,” Anti-rape and women’s rights activist Yogita Bhayana told CNN. “As activists, we push and probe the government and nation so much, but when we hear of such brutality, we really feel so helpless. I have no words to describe the horror.”

“Vindictive reforms might feel cathartic in the face of helpless hashtags, but what will be more effective is calling out rape culture every day — before it escalates and results in the rape (sensational enough) of a woman (upper caste enough) or by men (lower-caste or lower-class enough) for us to rage. Admittedly, hanging or castrating the rapists is much easier than systematically dismantling rape culture, which will take time and hyper-awareness of how deeply it is embedded in our everyday reality,” Prasad added.

Structural reformation is at the heart of addressing rape culture, but a more immediate action has to tug at the idea of education and gender-positive teaching.

The sense of déja vu, and the haunting anticipation of finding ourselves here shortly, speak of a larger social malaise. Yet, this discourse manages to ignore the pulsating vein of rape culture.