Why People‑Pleasing Is a Common Human Instinct 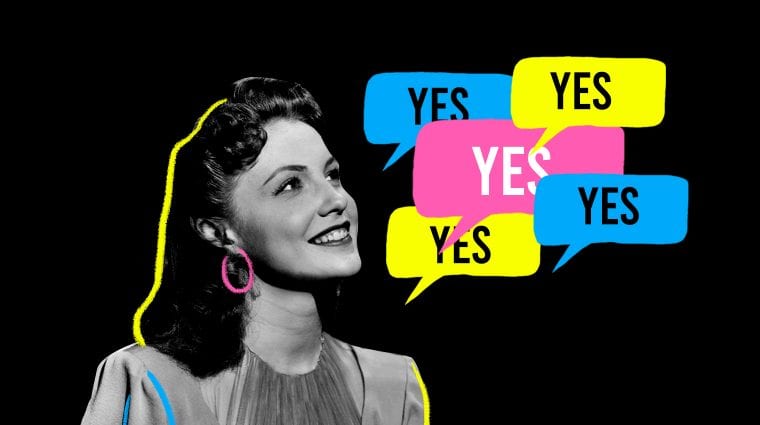 We all know people who constantly try to make everyone happy and avoid disappointing or angering others to the point that they can never say ‘no.’ Or maybe they constantly apologize for mistakes they didn’t even make. Or, perhaps, these behaviors describe us. ‘People-pleasers’ are often looked down on as kiss-ups, or for their constant need for approval. But it turns out that people-pleasing is an instinct common to all human beings — some just lean into it more than others.

“Our need to please is actually more of a need to belong. And our need to belong was probably written in our DNA millions of years ago,” Sharon Martin, a psychotherapist, wrote in Psych Central, explaining how pre-historic people formed groups to pool resources and share work in order to survive. Not being accepted into these groups meant starving to death or being preyed upon by wild animals.

While people-pleasing can trace its origins to an ancient survival tactic, it has remained an innately human instinct even in modern times — but perhaps to different degrees for different people. “We all have a primal fear of abandonment. We want validation. We fear rejection. We need to be seen. When those innate biological and psychological forces drive us to please others habitually, we leave ourselves behind,” Gavin Sharpe, a psychotherapist from Monaco, explained. But, why is it that some people demonstrate this behavior more frequently and intensely than others?

Some experts argue that constantly trying to please people is a learned characteristic, often developed in childhood. Growing up around overly critical, controlling, or emotionally distant and dismissive caregivers could inculcate the habit of people-pleasing aimed at avoiding their displeasure, or getting their attention. Further, traumatic childhood experiences, like conflict or anger from caregivers in response to communicating one’s needs, can also have similar ramifications. In these cases, people-pleasing becomes a coping mechanism that continues even when the individual grows up. “Often, people-pleasers are afraid of confrontation and will just agree and say yes to most anything to avoid an uncomfortable argument or disagreement,” Susan Newman, a social psychologist, told HuffPost.

Experts also say people-pleasers often deal with low self-esteem and insecurities, leading them to depend on others for validation of their self-worth. Further, the low self-esteem also prompts people-pleasers to constantly worry about rejection and abandonment — and, in order to avoid that outcome, or to fit in, they keep everyone around them happy. People-pleasers also often develop the idea that they are responsible for keeping the people around them happy and feel guilty upon failure to do so — prompting a never-ending cycle of more and more efforts to please.

People-pleasing behavior has been linked to sociotropy, a personality trait considered to be the opposite of autonomy. While autonomy is characterized by a need for independence and individualistic achievement, sociotropy is characterized by a strong need for social acceptance and “positive social interactions with others” — to the “point of forgoing his or her own desires and doing what pleases important others.” Research suggests that sociotropy is more prevalent in women than in men, likely due to social conditioning.

Similarly, while people-pleasing behavior is found in both genders, it is also more common in women. A 2010 study on differences in coping patterns between genders found that while 54% of the female participants exhibited people-pleasing behavior, only 40% of the men did. “The pressure that women feel to be people-pleasers is very real. … Young girls are told to be quiet and pleasant, to be orientated towards others, to not speak up for what they want, and to please others. These gender-based stereotypes are continuously reinforced in our society in a manner that distinctly disadvantages women,” Dr. Teyhou Smyth, therapist and professor at Pepperdine University, explained.

However, constantly trying to keep everyone else happy can lead people-pleasers to rather unpleasant situations affecting their emotional and mental health. “… [people-pleasing behavior] comes at an emotional cost. If I am a habitual people-pleaser, the more time I spend meeting your needs, the less time I spend meeting mine,” Sharpe notes, adding that this can lead to resentment and anger. And since people-pleasers may also struggle to express anger — since it isn’t particularly pleasing — the suppressed anger can lead to passive-aggressive behavior, or eventually, in extreme cases, a psychological breakdown, Sharpe warns. The pressure of keeping up appearances can also lead to low self-confidence, anxiety, depression, or even chronic stress disorders.

But, there are ways people-pleasers can become more balanced. Experts recommend: “Put yourself first. Treat yourself to whatever pleases you,” Dr. Jennifer Guttman, a clinical psychologist, advised. Easier said than done, perhaps, so experts also suggest cognitive behavioral therapy in some cases to help people-pleasers learn to prioritize their own happiness.

anxiety | Anything You Want | insecurity | personality