Why Safe Relationships Can Feel Boring After Abusive Ones 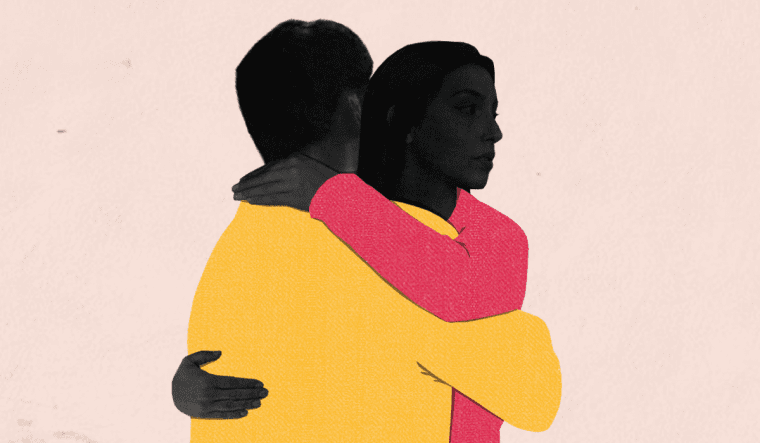 There are arguably few things in life that can leave someone as emotionally unmoored as an abusive relationship. Survivors know that the fallout from such relationships doesn’t just end when the relationship ends. Social shaming, self-blame, and psychological turmoil can and do carry on long after the relationship in question are over. But there is another, much wilier effect that can often slip through the cracks — one of boredom, especially in subsequent relationships that are healthier.

This can seem counterintuitive. A look at message boards online points to this anxiety among survivors, and it is pervasive. The overwhelming feeling is shame and guilt — why does something good not feel exciting? Some even wonder if they deserved the abuse they experienced. But there is one response to such a question on a Reddit forum that stands out:

“I was in the grip of a frightening and never before experienced emotion and mood. After talking with me for some time he [a mentor] busted out laughing, and told me, “what you are feeling is called serenity my dear!”

Experts have proposed a name for what happens after such relationships: post-traumatic relationship syndrome (PTRS), or “Relationship PTSD.” It isn’t included in the Diagnostic and Statistical Manual of Mental Disorders (DSM), but it is an emerging explanatory tool to think through and heal from the effects of abusive relationships — one of the most pervasive of which is the survivor’s belief that they don’t “deserve” healthy relationships afterward.

“If you’re a survivor, your mind is in a constant state of vigilance while trying to please another person and walking on eggshells,” says Ipsita Chatterjee, a Mumbai-based therapist and founder of Thehraav: Unwind Your Mind. There are good phases, and it’s a cycle where a survivor constantly thinks about what more they can do. This has neural impacts on the brain: in a safe relationship, in the initial period it is very difficult to switch off the hyper-vigilance.”

During this time, she explains, survivors set bare minimum standards for relationships — if it’s safe, it’s okay to “let go” of the small things. Over time, however, when they do reach a sense of safety, the blindspots come out into the open. Due to the extreme transition between relationships, the focus on equilibrium rather than building on a relationship and doing the work of setting boundaries or having open communication can eventually lead to monotony.

Even once in a healthy relationship, the new dynamic can seem unfamiliar. “After an individual exits a toxic relationship they often can find themselves reacting to new relationships with patterns or suspicions,” Naphtali Roberts, a marriage and family therapist, told Bustle. The highs, lows, and unpredictability in a past relationship can feel like the norm — anything without that level of turbulence can thus start to feel like there is something amiss.

“The mind has never been used to safety and stability, it is used to an emotional rollercoaster — a cycle of immense pain and then love-bombing. When the pain is intense, it is intolerable, and then the love-bombing is so overwhelming that they think they can’t leave the person,” says Chatterjee. Given that, a stable relationship takes a while to get used to.

“If you’re not used to safety, equilibrium, tranquility… It may take the hyper-vigilant person a while to express love without feeling threatened. By the time the hyper-vigilance switches off, the mind starts looking for a replacement for love-bombing, because they’ve never experienced healthy love. That can become a little monotonous,” she notes.

There is also an effect similar to addiction in abusive relationships, which makes survivors tend to seek similar relationships in the future. “The relationship is intoxicating. There is intermittent reinforcement, and there is a great deal of shame and guilt about the relationship,” Ellen Biros, a therapist who specializes in narcissistic abuse recover, told Healthline.

It could influence how attracted they are to new people — indeed, one of the big factors is sex and intimacy. Many survivors often report that the sex with abusers was good, and that anything afterward doesn’t measure up. Intimacy with partners in healthier relationships can thus often feel less exciting.

But this doesn’t speak to the skills of the people involved themselves, but rather the psychological manipulation that survivors go through. Often, in abusive relationships, sex is one of the things that makes survivors feel loved and attended to, which aren’t otherwise generously given.

The pop culture we consume normalizes abuse in relationships, to the extent that it feels “right” only when there’s a certain level of violence, manipulation, or toxicity involved in the name of passion. Think Kabir Singh, for instance, or even Devdas.

“We need to look at what pop culture shows us about passion. In so many scenes, we see a man slapping his girlfriend and then they end up making out violently. The scripts that we’re taught… shape our ideas of relationships,” Chatterjee further explains.

“Everywhere we learned that love is control, and that a little bit of violence can ignite the passion. It makes sense to like that — when there’s someone abusing you, there’s so much pain that you will love the passion a lot more. As opposed to when you’re in a safe relationship, there will be hard work from both ends to make it passionate, because there’s already so much safety,” she adds.