Why Scientists Say ‘Deltacron’ May Not Be a New Variant 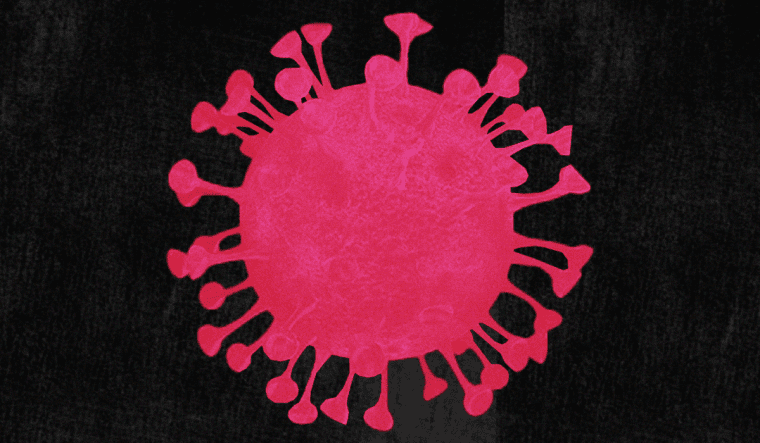 Think of this as a story in three acts. Act 1: a Cyprus scientist claims to discover a new variant, formidably titled “Deltacron.” Act 2: the media and internet are ripe with ominous predictions, plus a meme peppered in here and there. Act 3, and this is the clincher: a mix of experts rush to fight the deluge of misinformation, dismissing the sci-fi-like appeal of “Deltacron,” arguing it may instead be a laboratory error.

Arguably, the internet’s favorite new hashtag, Deltacron, deserves some much-needed clarification. The new moniker is believed to suggest a strain that has “the genetic background of the Delta variant along with some of the mutations of Omicron”; as if the two variants, Delta and Omicron, merged to have another tiny mutant danger baby together. Leondios Kostrikis, a professor of biological sciences at the University of Cyprus, said he and his team found 25 cases of the supposed mutation.

But researchers attribute this “super-strain” to a lab error. “This is almost certainly not a biological recombinant of the Delta and Omicron lineages,” Dr. Jeffrey Barrett, director of the Covid-19 Genomics Initiative at the Wellcome Sanger Institute, said. How could the error have happened? While the sequencing process takes place to identify a Covid variant infection, fragments of Omicron may have accidentally been inserted into Delta’s genetic make-up. Contamination is common when new variants are sequenced in a lab. Dr. Tom Peacock, a virologist from Imperial College London, noted they can happen even with “very, very tiny volumes of fluid.”

The process of recombination Dr. Barrett and others refer to is important to note here. It refers to a possible rearrangement of genetic material from two viruses or strains; a mix-and-match of genomes of related viruses into new combinations. “Unlike regular mutation, which proceeds slowly one change at a time, recombination can produce wholesale changes in a coronavirus genome in one single swoop,” New Scientist noted.

In other words, recombination can happen and has happened before. Arguably, with both Delta and Omicron variants in circulation, a possible mixing of the genetic material cannot be ruled out and is a concerning proposition, Dr. Boghuma Kabisen Titanji, an infectious diseases expert at Emory University in Atlanta, said.

The current evidence, however, is scarce to suggest the supposed “Deltacron” strain is a recombinant. Dr. Peacock explains that “recombinants” don’t generally appear until weeks or months of two strains circulating around each other. And while recombinants will be found eventually, it’s “almost definitely” contamination in this case.

Fatima Tokhmafshan, a geneticist at the Research Institute of the McGill University Health Centre in Montreal, agrees. “This is NOT a recombinant” but “rather lab contamination b/c [because] looking at recent GISAID submission from Cyprus the clustering & mutational profile indicate NO mutation consensus (sic),” she said.

So far, the coronavirus has given rise to multiple variants, four of which are designated “variants of concerns” –Beta, Gamma Delta, Omicron. There have been co-infections of the flu and Covid19, but the simultaneous infection is not new and not gravely concerning, experts noted.

Notably, the media hysteria and internet memes are driving much of the panic around “Deltacron.” It sounds like a Marvel movie waiting to be titled Age of Deltacron. Before “Deltacron” there was concern about an unproven “Delmicron”; before “flurona” there was the predecessor “florona.” These catchphrases work against the public health efforts during a crisis, forming a grapevine ripe with rumor-mongering and spreading misinformation.

What we know so far is this: recombination can happen, but there is not enough evidence to back the presence of a “Deltacron” at this stage.

According to Dr. Titanji, “the best thing we can do besides worrying about it and coining variant names that sound like a Transformers villain, is ensuring that vaccines are available to everyone and combining vaccination with other strategies that give the virus fewer opportunities to spread.”