Why Some People Feel More Lonely Than Others 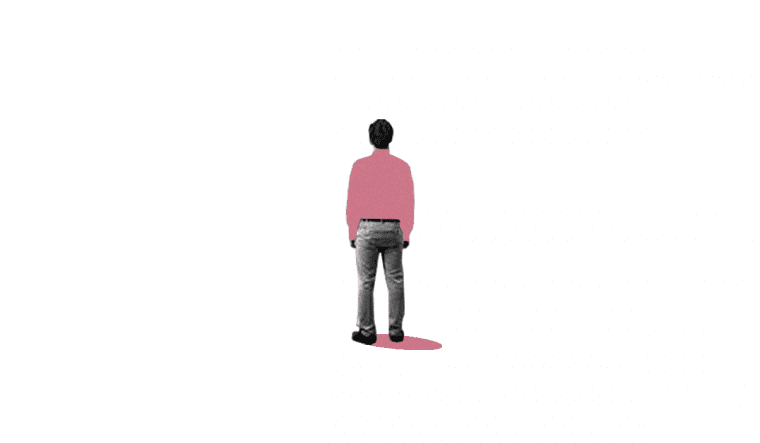 Social distancing, grief, loss — the markers of the pandemic have visibly made loneliness endemic too. But why is it that some people feel lonelier than others? Turns out, among other things, how we regulate our emotions may play a role in determining how lonely we feel in our lives, as a new study suggests.

Published in Personality and Individual Differences, the study found that people who actively rejected or withdrew from others as a deliberate way to regulate emotions were more likely to feel lonely. This led the authors to conclude that “individual differences in emotion regulation may play an important role in explaining loneliness.” In other words, suppressing emotional expression was found to characterize loneliness among the study participants.

Loneliness can translate into a myriad of physical conditions — threatening people’s health by lowering their immunity, increasing the likelihood of dealing with high blood pressure and cardiovascular concerns, even obesity. This makes the findings of the study even more important. More so, since loneliness makes one more prone to anxiety, depression, and even cognitive decline — and, well, courtesy of the novel coronavirus, we’re already in the midst of a mental health crisis.

To arrive at their conclusions, the researchers analyzed the participants’ responses to questionnaires designed to measure the degree of loneliness people experience, and gain insights into the emotional, cognitive, and behavioral strategies they use to cope with everyday stressors.

People who felt lonelier also had some “dysfunctional” emotion regulation tactics in common. These include “catastrophizing,” or focusing on the most awful aspects of any situation, resulting in them perceiving it as considerably worse than it is in reality. Another was to “ruminate,” or dwell on negative content, resulting in emotional distress. Lastly, they engaged in “blame attribution,” where they tried to find causal links to attribute blame for negative occurrences on themselves, or on other individuals.

They were also found to infrequently employ cognitive reappraisal — which involves recognizing negative patterns of thinking, and attempting to change them. “[It] is one powerful way of skillfully nudging your emotions back toward baseline… Changing the course of your thoughts, or how you’re making sense of things, can, in turn, change the course of your emotions, turning the dial down a couple of notches,” an article explains. In addition, lonelier individuals were also less likely to reframe negative thoughts in a constructive way — so as to see the silver linings to life’s dark clouds.

Basically, the results revealed a “paradox.” “Those high in loneliness are, by definition, craving social connection to fill unmet interpersonal needs, yet they often respond to negative emotions by suppressing their expression and actively avoiding social contact,” Arash Emamzadeh, who wasn’t involved in the study, wrote in Psychology Today. “As such, these habitual emotion regulation patterns may perpetuate states of loneliness and social isolation,” he added.

How the Chronic Loneliness Epidemic Is Affecting Us

However, it is pertinent to note that while maladaptive emotion regulation tactics may play an important role in determining the degree of loneliness one experiences, it is not at all the sole determinant. For instance, a study from 2016 found that loneliness may be genetic — it is a “modestly heritable trait,” the researchers explained.

Further, living with chronic health conditions, and mental illnesses like bipolar disorder, anxiety, and depression, can also make people feel lonely. Encountering racism, ableism, and probably even casteism — as a person with a disability, or as an individual from a marginalized social group — are also well-known culprits behind inducing loneliness. Studies show gender minorities, too, are more likely to be vulnerable to poor mental health due to systemic injustices.

As such, simply blaming one’s loneliness on their ability to regulate their emotions, when factors beyond their control can be fuelling the feeling, doesn’t seem right. The study may offer emotional regulation as a lens to look at loneliness, but the spectrum of what people feel, and why they feel it, is a complex web.

Having said that, targeting one’s emotional regulation strategies to help them cope with feeling lonely, could still prove to be a much-need treatment strategy.

After all, as Emamzadeh writes, “To feel lonely is to experience a sense of being painfully disconnected, left out, and isolated, with no one to turn to for emotional and social support. Lonely people often believe nobody understands or shares their concerns, that nobody really knows them or even cares to get to know them.” That certainly seems like something no one should have to go through, right?