Why the New Year Can Trigger Anxiety for Many People 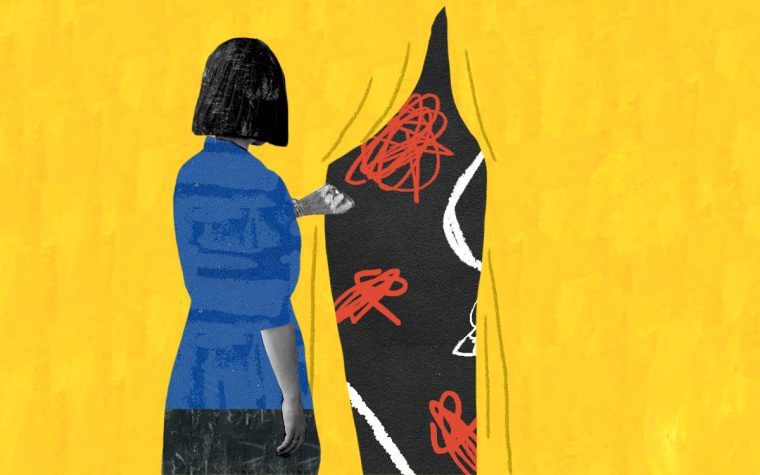 In 2023, the infamous “Monday blues” arrived a tad early — forcing some to call it “Mondeath” as they prepared to grapple with the anxiety of not just a new week, but a whole new year, while still reeling from the festivities of the previous night. But amid the enthusiastic optimism for the new year that pop culture — and, of course, capitalist structures — force down people’s throats, the anxiety that many experience going into a new year, remains unacknowledged and unaddressed. Nonetheless, it exists, and can make those who are struggling feel lonely in their experience of it.

“New year anxiety can be triggered by a multitude of factors ranging from the practical — overloaded schedules, extended time spent with family, strain on finances, to the existential — [like,] ‘What am I doing with my life?’,” Catherine Hallissey, a psychologist, told Stylist.

Evidently, the fervor and frenzy surrounding the first of every January can worsen one’s anxiety, especially when it’s coupled with the pressure to take stock of what went wrong the previous year, which can itself doom one to a trip down a spiral of defeat and disenchantment. This is accompanied by feeling almost coerced into making resolutions for the new year to become a better version of oneself — or, as we’ve come to call it: new year, new me. “Resolutions, thinking about them, making them, is an anxious person’s nightmare. Many of us spend hours every day obsessing over how we aren’t good enough. Picking one of those, announcing it publicly, and then having to admit defeat in a matter of months or even weeks when we fail? Yup, that’s a panic attack waiting to happen,” notes writer Samantha Pugsley.

Pugsley isn’t alone in feeling thusly. Hallissey continues, “Many people feel pressure to make the upcoming year their ‘best year ever’ which can lead to crippling anxiety before the year even begins, and others may feel stuck in disappointment with not having achieved all they wanted to this past year… Add to that some uncertainty about the year ahead, and you have the perfect ingredients for anxiety.

Indeed, human beings are petrified of the unknown — making uncertainty a core element of most anxiety-triggered experiences. When the future seems uncertain, we begin to feel anxious because we don’t know which past experiences to draw from in order to prepare for what’s to come. And, often, our brains start catastrophizing to prepare for the worst — inducing anxiety, in the process. Uncertainty is often behind the anxiety we experience while waiting to hear from the office we just interviewed for a position at, a home broker we communicated our offer to, or the person we had a great first date with the previous night.

“Our reactions to uncertainty may have made sense in evolution. The brain is constantly trying to predict what will happen next, allowing it to prepare the body and mind in the most effective way possible. In uncertain situations, that planning is a lot harder — and if you’re potentially facing a predator or a human foe, the wrong response could be deadly,” science writer David Robson had noted in BBC. “As a result, it could pay to err on the side of caution — either by avoiding the uncertainty altogether or by putting the brain and body in an aroused state that is ready to respond to a changing situation.” This “aroused state” is where many find themselves at the brink of a new year.

That’s hardly the only uncertainty we face towards the end of the calendar year, though. “In the run-up to Christmas, we’re usually pretty busy and focused on what we need to do. Often times it can feel like a climax, and when the big day is over, we have a lull until New Year’s Eve. This can trigger anxiety because there is the uncertainty of the ‘bit in between’ and the lack of structure. When we are working and rushing around, it’s almost like we are running on the adrenaline, but when this stops, suddenly our brain doesn’t know what to do,” explains Jacqueline Carson, a psychotherapist. “Physically and mentally, we can struggle to adjust to the period of calm in between — especially when we are anticipating a build-up again.”

It’s Okay: To Not Enjoy Celebrations

Then, there’s uncertainty’s close cousin: change. “While uncertainty has us worrying about what might happen in the new year, it’s the knowledge that things will change that really gets our anxiety going. Change is the absolute worst for the anxious. When things change, it takes a long time for us to adjust and even longer for us to get comfortable… A New Year is a reminder that the future is coming and change is imminent,” Pugsley adds.

Further, the NYE and HNY parties, which involve heavy drinking more often than not, can significantly contribute to the stress accompanying people on their road to the new year. “Alcohol is not an ideal drug for those who have a tendency toward depression or anxiety as it can make these feelings much worse… Alcohol disrupts our bodies’ sleep patterns, and continuous heavy drinking will leave us constantly tired, which, in turn, feeds into mental exhaustion. Entering January absolutely exhausted makes anxiety and depression a much more likely outcome,” notes Sandra Wheatley, a psychologist and associate fellow of the British Psychological Society.

Moreover, there’s very little time to recover from the exhaustion of socializing, too, between Christmas and the new year — impacting people who find social situations overwhelming, the most.

While surviving through the entirety of the Earth’s full revolution around the sun does merit celebration if one deems it fit, it can also be a recipe for debilitating anxiety, too, for many. Moreover, when there are so many elements that can trigger anxiety during this period, it can become difficult to gauge what specifically is one’s biggest trigger so they can work to address it. Meanwhile, one can draw solace, perhaps, in knowing that new year anxiety isn’t just normal, but we’re also not alone in experiencing it.