Blowing My Own Trumpet 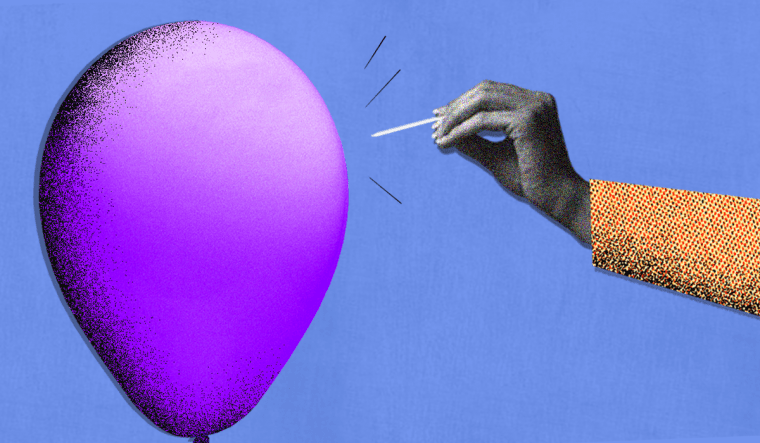 In a 1931 essay, the British academic and philosopher Bertrand Russell wrote: “The fundamental cause of the trouble is that in the modern world the stupid are cocksure while the intelligent are full of doubt.” He titled this essay “The Triumph of Stupidity.“

Russell was not the first (and won’t be the last) to point out this peculiarity in human nature. Why do people think they know best, overestimate their skills, while overlooking their weaknesses? Surely, one must be aware of the confines of their knowledge?

Not quite. Psychological research shows we aren’t that great at evaluating ourselves, and more often than not, oversell our skills. This human blind spot has come to be known as the “Dunning-Kruger effect.” Coined by social psychologists David Dunning and Justin Kruger in 1999, the term signifies a cognitive bias where the individual remains unaware of their failings. This is how Dunning and Kruger described it:

“People tend to hold overly favorable views of their abilities in many social and intellectual domains… this overestimation occurs, in part, because people who are unskilled in these domains suffer a dual burden: Not only do these people reach erroneous conclusions and make unfortunate choices, but their incompetence robs them of the metacognitive ability to realize it.” In other words, we tend to underestimate the frequency and scope of our ignorance. The opposite is true too: where people tend to underestimate their skills.

As researcher Pranay Kotasthane rightfully noted in this newsletter, this effect “ruled 2021.” It was when everyone boldly claimed to know everything about science, vaccines, infection, epidemic management.

In some form, Dunning and Kruger were answering a key concern Charles Darwin raised in his 1871 book:

“Ignorance more frequently begets confidence than does knowledge: it is those who know little, and not those who know much, who so positively assert that this or that problem will never be solved by science.”

Why do people reach erroneous conclusions? For one, this is not a matter of not choosing to recognize incompetence, but being biologically unable to do it. Let’s say, for someone to know how skilled they are at maths they would have to have a basic understanding of rules, equations, corollaries. People cannot recognize their inability if they lack the very expertise in the first place. But interestingly, “in many cases, incompetence does not leave people disoriented, perplexed, or cautious. Instead, the incompetent are often blessed with an inappropriate confidence, buoyed by something that feels to them like knowledge,” Dunning noted in PS Mag.

Moreover, experts posit a lack of self-awareness and self-assessment as other reasons. It has something to do with “metacognition,” or the ability to gauge one’s knowledge — and the gaps — within. People with less skill tend to have low metacognitive ability to recognize the gaps in their prowess, and vice-versa. It’s not that easy to know thyself.

In one study, researchers asked participants about their familiarity with technical concepts from physics, biology, politics, and geography. In addition to real concepts, they also asked about fictional ones like “parallax” or “cholarine.” Almost 90% of them claimed to know about these fictional realms of knowledge too. In another study, software engineers at two companies, when asked to rate their performance, came up the following ranks: 32% of the engineers at one company and 42% at the other put themselves in the top 5%.

This is true “to a degree that violates the laws of math,” explained researcher Addison Anderson.

The second aspect is one of remaining unaware of their overconfidence. “The first rule of the Dunning-Kruger club is you don’t know you’re a member of the Dunning-Kruger club,” Dunning told Vox in 2018. “People miss that.” But arguably, being aware that you’re incompetent doesn’t make you any better — unless you mend your ways. Interestingly, psychologist Steven Heine in a research explored that self-inflation tends to be a more Western phenomenon than a universal one.

A range of examples has proven this tendency to overestimate oneself — be it in terms of emotional caliber, academics, technical, or social knowledge. Think of that friend from college who thinks they aced the exam, only to get a passing mark. Or amateur artists and entry-level professionals overestimating their competence. About 80% of people in a study rated themselves as “above-average drivers.” A more public-facing example is that of President Donald Trump, “whose confidence and bluster never wavers, despite his weak interest in and understanding of policy matters,” as Vox noted.

The Dunning-Kruger effect is not unconquerable. People can ask for feedback, process it, and actively work towards it to get better. Plus, the wonderful thing about knowledge is there is no end to the curve; we can keep learning. “The more knowledgeable we become, the less likely we are to have invisible holes in our competence,” Addison noted.

It’s important to think about our biases. It’s more important to have the ability to understand our beliefs and ideologies may be wrong — what experts call “intellectual humility.” Arguably, not knowing the range of our ignorance is a humane condition, but it still remains a trait worth working towards. This may hold some wisdom for “navigating a world where lies and misinformation spread rampantly, and where inconvenient truths are easy to ignore.”

As Yeats wrote at a time when war and disease spun the world into anarchy: “The best lack all conviction, while the worst/ Are full of passionate intensity.”

Blowing My Own Trumpet | human behavior | psychology | self confidence