Woe Is Me! “I Feel Guilty for Being Intimate With My Boyfriend. How Do I Manage the Shame?” 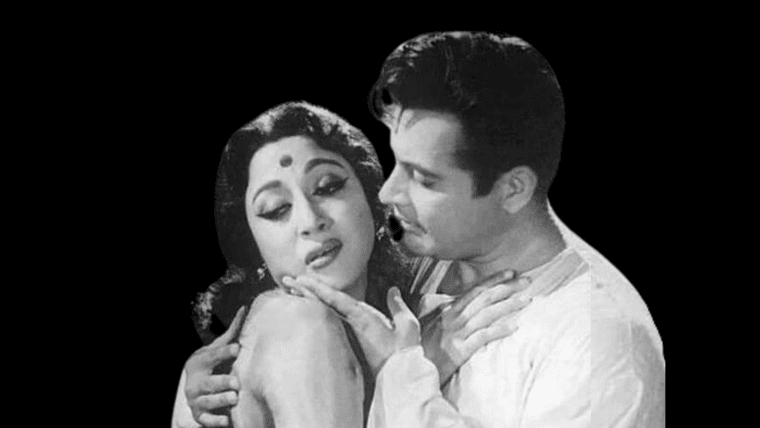 “My boyfriend and I got intimate at my home. My mother suddenly knocked; she was really shocked and asked what we were doing. I made some excuses, but later she made me understand if the girl becomes accessible before marriage, the guy gets disinterested and eventually leaves. Maybe it’s my conditioning that I prefer not to indulge in sexual intercourse before engagement. But I’m caught in an awkward situation now: I can’t throw my mother’s words in the garbage, but on the other hand, I love him. I’ve started to feel guilty about getting intimate with him, even though we didn’t have sex. I want to know what I should feel, which feeling is correct, and why this guilt.”

— Aboard the guilt trip

PR: There is no right or wrong here per se. Unless you are being made to do anything that you don’t wish to of your own accord. I am sure you already know that it is natural to want intimacy with your partner, and a lot of times we are subjected to the projection of our parents’ insecurities which end up putting stress on relationships with our peers and partners. No one is asking you to throw your mother’s words in the garbage, but you are free to disagree with something even your parents have said. The question here is, do you want to hold off on being intimate because your mother put her fears in you, or do you feel like you can’t fully trust your partner to be intimate with him? Follow-up question: what are your needs and wants independent of your mother or your partner?

DR: Let me start by telling you a few things: (a) someone who does love you for who you isn’t going to leave you simply because you made yourself sexually available to them; (b) if a guy leaves you simply because you had sex with them before marriage, they probably aren’t worth spending your life being a partner to anyway; and (c) you don’t have to “prove”  your love for someone by having sex with them.

Now, ask yourself this: are you getting intimate with your boyfriend because you want to — be it owing to your hormones, or because you want to explore the heady cocktail of sex and emotions blended together? Or, are you, in any way, feeling coerced into it — either due to peer pressure, or emotional manipulation from your partner, or whatever it might be? As for what’s holding you back, I think you’ve figured the answer to that: conditioning, which has been further reinforced by what your mother told you. But she is just passing on to you what she was told while growing up in a completely different era. Times have changed, as have mindsets.

Honestly, my only advice to you is: do whatever you really want to do. If you want to have sex, do it. If you don’t want to, don’t. If you do choose the former, all I’ll say is: be safe, use condoms.

RN: There is absolutely no shame whatsoever in what you did. Does your mum know your boyfriend and your relationship better, or do you? Did you like what you were doing, and do you trust your boyfriend? These are questions to ask yourself before entering the spiral of guilt that, unfortunately, many South Asian girls are all too familiar with. Your struggle is something many, many people have gone through and it’s understandable that you feel so conflicted between your feelings for your boyfriend on the one hand and your mother’s gloomy advice on the other. But know this: however well-intentioned your mother might be, her notions of what girls should and shouldn’t do before marriage are obviously quite alarmist and patriarchal (even if she doesn’t mean it). What matters is how you feel and what you want, and you deserve a safe atmosphere within which to explore your desires without fear.

AS: I think you have already figured that your guilt is a result of years of conditioning, telling you what a ‘good’ girl should or should not do. I can understand where the guilt is coming from, but at the same time, I think it would be important to overcome it, so you can take control of your own life. There’s nothing wrong in getting intimate or having sex, and marriage (or engagement) should not be the marker that defines when you choose to do this. I have lots to say to counter your mom’s warning about girls becoming ‘accessible’ — but I will try to be brief here. Firstly, it plays into this whole stereotypical notion in heterosexual relationships that ‘guys are only after one thing’ — who said so? Moreover, if that’s all it takes for someone to lose interest in you, then why would you want to retain the interest of such a person in the first place? Assuming you are looking for a long-term, monogamous arrangement. Thirdly, getting intimate in any way does not make you ‘tainted’ goods, because you’re not defined by whether or not you’ve had sex. I can understand that you might feel conflicted between what you want and what sanskar dictates, but I hope you’ll be able to understand that what you did is not wrong — it’s just made to feel wrong because of how society operates.

Love Sex and Guilt | parents | relationships | sex | Woe Is Me!