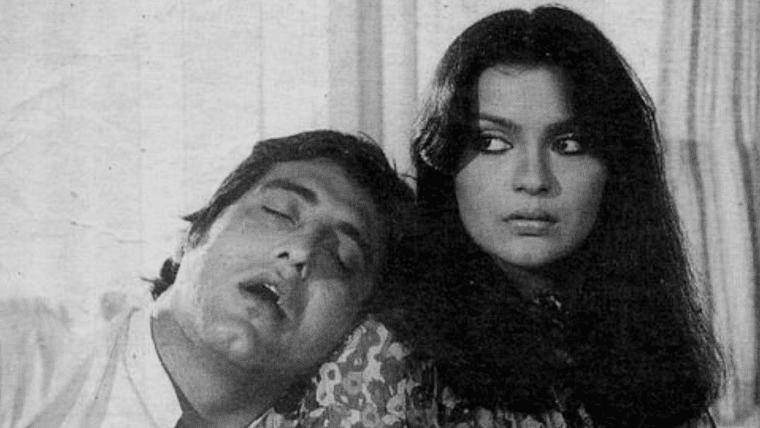 “It bothers me when my boyfriend hangs out with my ex’s ex. Those two were friends before we started going out and I know it wouldn’t be fair for me to break up those two. But I don’t like her at all. She and I used to be friends till she started dating my ex and then we drifted apart. I know my boyfriend considers her a really close friend. But somehow, it does not sit right with me. I didn’t want to come off as a jealous girlfriend, hence I’ve never told him about it. But there’s a lot of negative emotions here and I don’t know what to do.”

— Envy is no one’s best friend

DR: I’m really sorry, but this aspect of your life sounds so much like a TV show. Unfortunately, it seems more like a drama than a comedy though. Now that I’ve read your woe about five times, and think I have a somewhat decent grasp on who’s doing (no pun intended) what, let me ask you this: is your relationship really worth this much drama? If it isn’t, then, maybe, it’s time to cancel this TV show. Perhaps, the finale could be you choosing to set yourself free by walking away from the web of negative emotions you admitted to being caught in.

However, if your relationship is great in every other sense, and you really love this person, you could try telling him how you’ve been feeling? If you, however, feel the simple act of voicing your thoughts can threaten or jeopardize your relationship, well, I’d ask you to think hard about why you’re in it, to begin with — unless, of course, the fear has nothing to do with your present boyfriend, but on past experiences. If you think you can have a conversation with him though, I’d suggest you explain how you feel, and ask him what the best way forward is. This shows you are not trying to hold your relationship hostage by giving him an ultimatum to cut off ties with your ex’s ex, and that you trust him and believe in open communication. Basically, you’re putting the ball in his court. Perhaps, this will give him an opportunity to address your fears, and become a trust-building exercise overall for the two of you. Or, it would give you an insight into how disagreements are going to be dealt with in this relationship.

To conclude, however, I do want to say you should trust your gut. At the cost of sounding gaslight-y though, I would also urge you to explore whether these negative emotions you’re feeling are really a “them”-problem, or a “you”-problem. Could you be projecting? Is it the fact that this woman dated your ex that’s making you uncomfortable and leading you to doubt her intentions towards your present boyfriend too? How do think you’d feel about their friendship if you became friends with this woman again? These are questions none of us can answer for you because we don’t know anything about your life other than this one episode of the drama series you’ve chosen to share with us. So, I’d say introspect, have a chat with your boyfriend, but at the end of the day, listen to your gut, and more importantly, prioritize preserving your mental health than anything else.

AS: I think these permutations of who was friends with whom first and who dated whom and who was who’s ex, etc. are quite insignificant. It all boils down to this — do you trust your boyfriend? If yes, then just vent about this to a friend and try to get over this feeling of jealousy by reminding yourself that you trust this person, and also of the fact that you’re the one they chose to be with. If you feel insecure despite your relationship being built on a solid foundation of honesty and respect, then maybe there’s some more introspection required on your end. Where are these feelings coming from? Are you influenced by something that happened in your past? In the interest of maintaining trust and honesty, once you’ve processed some of this, you could share your thoughts with your boyfriend just so they know what was going on with you and that you’re doing the mature thing and dealing with it.

SS: Please step away from this relationship and work on your insecurities. It’s the only way you’re going to stop being a “jealous” girlfriend. Also, there’s nothing wrong with a flirty dose of jealousy once in a while, but if it comes down to you wanting your partner to eliminate people from his life, then that’s pretty unfair to your partner, and yourself. Work on figuring out what your insecurities are and where the jealousy stems from (inadequacy? abandonment issues? not feeling good about yourself?) and then work on fixing it. The excessive jealousy will go away.

RN: I think you should stop worrying about how your boyfriend will perceive you and talk to him honestly about how you feel. Jealousy is a totally normal feeling sometimes, and I wouldn’t fault you for feeling it in this particular situation. It’s not wrong or uncool, it’s just something that needs to be discussed with maturity and mutual respect from both sides. Your relationship will likely suffer if you keep these feelings simmering within you without giving them vent. While talking to him about it though, be sure to be mindful of his feelings too, and give each other space for whatever comes up in the course of the conversation.

QG: Being in a relationship is all about companionship so if something or someone makes you uncomfortable, you should tell your boyfriend about it.  Communication is key here. Then again, you might try to hang out with this girl to see if maybe she’s not as bad as she seems? If she isn’t, that’s a win! If she is, you get to communicate with your boyfriend and initiate a conversation that might end up bringing the two of you closer!

He Loves Me (He Loves Me Not) | insecurity | jealous | relationships | Woe Is Me!