Woe Is Me! “My Best Friend Only Posts Unflattering Pictures of Me. Do I Confront Her?” 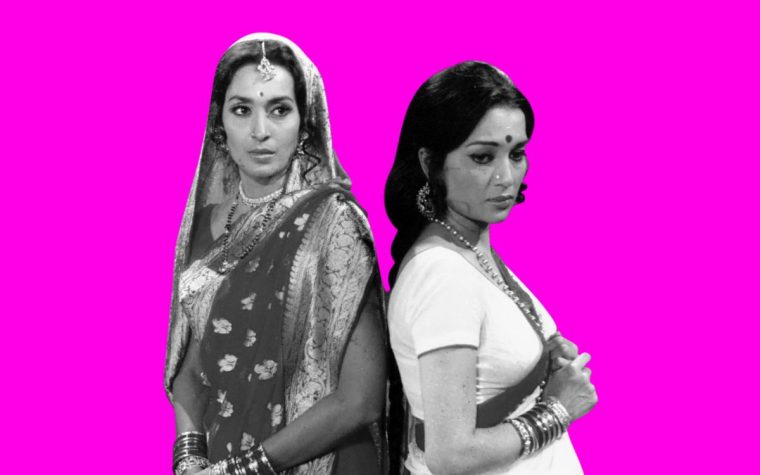 “My ‘friend’ intentionally posts unflattering pictures of me online. Even though there are pictures where the two of us look good, she always posts the worst pictures of me where only she looks good — it’s almost like she feels pretty in the frame only when I look unflattering in it. At first, I ignored it thinking it stems from her own insecurity, but it’s getting a bit too toxic now. She intentionally posted the worst picture of me from my birthday party while there were so many good ones too. Should I confront her about this? The last time I tried that, she ended up becoming very defensive and called me a “b*tch.” I don’t know whether this reason is valid enough for me to get rid of my friendship with her, but it’s definitely making me want to cut her off. I’m a 16-year-old, and while this problem may seem silly, I think it has a huge impact on people’s self-esteem including myself.“

QG: Being 16 does not invalidate something that makes you feel bad, especially if it takes a toll on your self-esteem. The first way to go about it is by confronting your friend. Now, if you did that and she called you a “bi*ch” for it, that’s a huge red flag right there. There is a whole wide world of people to treat you with contempt; a person you’ve chosen to be your “friend” should not. Friendship is sacred and it’s important that you make the right ones or ensure that the ones you have, know and treat you the way you’re supposed to be.

I suggest you try to have a larger conversation with your friend about this. We’re all human and by the very condition of our humanity, we have so many insecurities and issues to grapple with. Maybe try to get through to her. If you manage to do that, you might have a better and more fulfilling relationship with her! If it doesn’t work, well, you know what to do.

Finally, when it comes to unflattering pictures online. I’m sure you’ve heard this from people and you know this yourself, but the world moves on. I promise you, what feels like a weight on your chest today is going to be something you dismissively laugh about in the near future. You are a gorgeous human being. No “unflattering picture” online can ever invalidate that.

RN: I think as young girls we’re in these situations where our gut tells us something is amiss, but society convinces us that it’s trivial. But it’s the little things that build up over time in the form of rage and self-esteem issues that take a lot of work to heal from. Your friend clearly does have her own self-esteem issues that she addresses by putting you down — you need to leave this relationship. Maybe in a few years, with more time and wisdom, the two of you can rekindle your friendship and laugh about this. But right now, you don’t want to be caught in a cycle of toxic codependency where one person derives satisfaction from another’s issues. Run — and fast, while you still can!

DR: Your woe screams of your friend battling certain self-esteem issues. You shouldn’t be the one bearing the brunt of it, though. If you don’t want a specific picture of yours to go up online, she shouldn’t be putting it up without your consent. I’m very inclined to call your friend “toxic,” especially since she called you a “bi*ch” for demanding that your boundaries be respected — I mean, that’s just a stereotypically toxic response. I don’t want to deem her that, though, because, at the end of the day, she’s a 16-year-old living in a society that loves to make women feel insecure round the clock. While she has my sympathies, I don’t think her behavior is excusable — more so, since you’ve made her aware of how it makes you feel. She may need time to work on her self-esteem, but that absolutely doesn’t mean you should sign up to be treated as an instrument to make her feel better about herself until then.

AS: I am getting Regina George and Jennifer Check vibes here. Not healthy. I hope your friend eventually realizes that what she is doing is just plain old bullying and it can have real consequences, like losing a friend, in this instance. If calling her out hasn’t worked so far, maybe, you really should walk out of the friendship. Either you will be saved from her unending toxicity or she will change for the good. I see it as an absolute win-win situation.

VS: It is perfectly alright for you to ask her not to post images of you that you personally don’t like. The general idea of letting your self-esteem be impacted by social media and your presence on it, is a different topic in itself, though. One thing I will say is that it is absolutely alright to not want any images of you on social media that you don’t like of yourself. As a friend, she should respect that boundary. Also, it is okay to let someone go if their actions hurt you.