Woe Is Me! “My Husband Doesn’t Talk to Me About His Emotions. What Do I Do?” 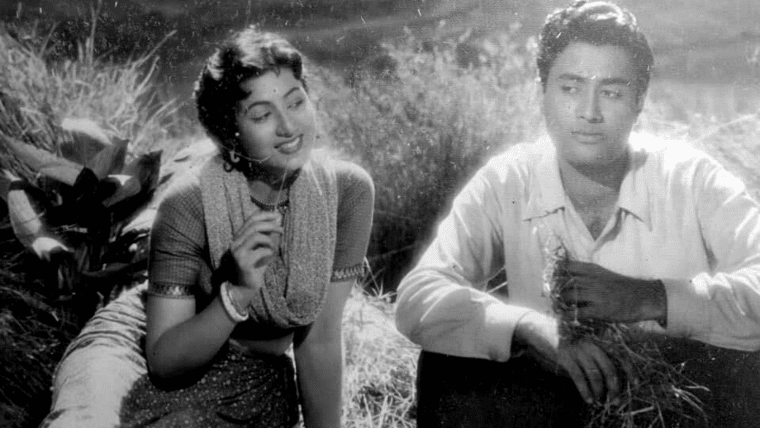 “How do I get my husband to open up? It seems like I have been doing all the talking and he barely shares any emotional stuff.”

— I Just Want To Talk

KB: So here’s the thing: people are different, and you can’t expect everyone in your life to want to emote and share and analyze and discuss as much as you want to. The important questions here are 1) Is your husband supportive of you, when you have an emotion you want to share? If you feel supported by him, and you’re getting the level of partnership you need from him on your issues, that’s important. 2) Is he sharing with someone else other than you? In other words, is he just introverted and quiet and reserved, or is he talking to everyone except for you about his issues? If this is just how he is — let him be! He may not feel comfortable talking about his inner life out loud, and that’s alright. You need to learn to accept this, and find other ways to support him other than imposing your way onto him. Now, if he is not supportive of your emotional needs, and he is readily extroverted about his emotions to people other than you, then you may have a bigger problem with connection in your marriage that you need to explore in more detail.

DR: I’m sorry, that must be difficult for you to navigate. Communication is an important part of any relationship — but I’m worried about a few things here. I may be wrong, but do you think he’s feeling pressured to communicate right now? Pushing him too hard to communicate could be counterproductive. I can’t speak for everyone, but I know I’ve shut myself out, and withdrawn into my shell in the past when I’ve felt an active, conspicuous pressure to open up.

Also, are you sure he’s not communicating at all — or is his nature of communication more non-verbal, perhaps? Not everyone expresses themselves the same way, and shouldn’t be forced to either. However, if it’s preventing you from understanding your intimate partner, that’s a valid concern too. So, what if, instead of asking him to communicate more, you just explain the challenges you’re facing? That’ll give him an opportunity to address them in his own way without feeling pressured to ‘open up.’

Moreover, the idea of ‘opening up’ is very open-ended, and can be confusing. Like, what does it really entail? Where does one start? Instead, you can, perhaps, ask him more specific questions — something that’ll make articulation easier for him, while helping you learn the things you want to know. However, if you think the difficulties still persist, maybe you could convince him to go for couple’s therapy with you — provided therapy is something that works for you, of course, but it may still be worth a try. Good luck!

AS: Some people just aren’t as expressive as others. So, I think one possibility is that your husband is indeed sharing stuff, but in his own way, which might make you seem like the more open one in comparison. As long as your communication channels are open and honest, maybe that’s okay? On the other hand, it’s also possible your husband is suppressing his emotional side, perhaps because men are frequently conditioned to act ‘tough’ by hiding their feelings and vulnerabilities. I can totally understand your concern, because this can be affecting your relationship, as well as your husband’s mental and emotional wellbeing. I don’t think it’s possible to get people to share, unless they really want to, and all you can do is try your best to facilitate this sharing. By being a good listener, being patient, non-judgemental and giving him space when it’s needed, you could try to create a safe and nurturing environment. Being insistent or asking many questions can be overwhelming for the other person, and may make them withdraw further. Maybe there’s also other activities you can do, like play a board game or have a fun (indoor) date night to spend some quality time together, since ultimately it’s about building a companionship that signals that you’re there for him, whenever he is ready to share.

LG: Men are often socialized not to discuss — or even admit to themselves — their emotions. I’m not sure whether that describes your husband, but there are larger forces at play in the world around him relevant to this problem. Have you told your husband you’d like to hear more about his thoughts and emotions? That’s where you have to start — communicate to him that you want to know more about what he’s thinking and feeling. I suggest not blaming him, complaining about it, or framing it as a problem — some personalities are more comfortable processing emotions internally, rather than talking them out. Your husband may be perfectly happy not verbally dwelling on his, whereas you may be the opposite. Rather, explain why you want/need to have such conversations.

Do you feel shut out by his silence? Do you feel weak in comparison because it seems like nothing affects him? Do you feel you can’t make decisions that affect you both because you don’t know where he stands? Etc.
After that, though, there’s some grunt work you have to do. If you want to know — you have to ask. No one is going to open up proactively overnight. So make a point to ask lots of questions: How did you feel about that? Did it bother you when xyz happened? Why/why not? If he’s still resistant to sharing his thoughts and feelings this way, perhaps consider consulting a marriage counselor. They have methods and tools to guide couples into communicating better. Best of luck, you loquacious orchid.

SK: As counter-productive as this might seem, you have to tell him how you feel about him not sharing his emotions. But walk into that conversation knowing two things. One, everyone has a different emotional bandwidth and may/may not like talking about each little thing in their lives; people cope in different ways, so it’s not fair to ask someone to share more if they are not comfortable about it. Two, you also need to factor in how much his ability to not converse/talk about details in his life affects you. If you feel shut out, distant, disrespected, then tell him how you feel without placing the blame on anyone. He has a right to his emotions, you have a right to yours! The point is not for him to be like you or you to be like him, but that at the end of the day, the both of you feel supported in the way you need to cope with life. If his emotional reticence makes you feel that he doesn’t have your back or you have no one to talk to you, that’s an important issue which you must think about it. Either way, it’s best to tell him how you feel about it without letting it drag on for days, weeks, months — I’m sure it must be emotionally draining for you too. Hoping it works out!