An Increasing Number of Indian Women Are Buying Sex Toys, Thanks to the Internet 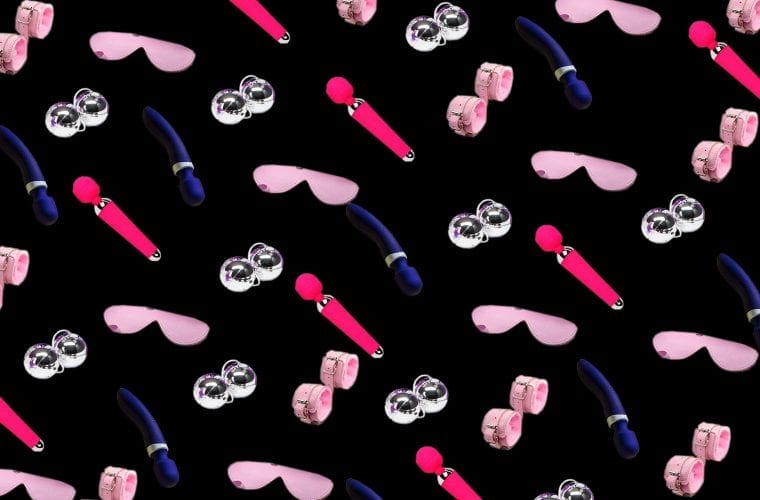 “I thought there was something wrong with me before I bought it.”

A.P. is a 28-year-old graphic designer living alone in Mumbai. Two sexual partners later, she hadn’t orgasmed even once. When she revealed this during a drunken night out with her girlfriends, they all unanimously suggested that she invest in a sex toy. “Initially I was skeptical. Not only is it as taboo as it gets I didn’t know where to buy one, which one to buy, if it would be safe or how to use it,” she says. After several hours on Google, she finally placed an order for a mini massage wand vibrator. Three days later, she had “the most eye-rolling of orgasms ever.”

“My fingers do not have six different vibrations at four different speeds. Zeus does.”

It’s not just women who are exploring and satiating their sexuality through toys; the same survey also saw a 17.66% rise in searches by men for masturbators such as fleshlights (penis sleeves made to resemble a vagina) and penis rings (worn during intercourse to enhance erections and increase the duration of sex). Rounak, 29, says: “A fling I had introduced one of her toys during intercourse and I really enjoyed it, so I thought I’d get one [fleshlight] too. It’s basically about having fun with your pleasure.”

Where there is fun with sexual pleasure (and sex toys), there’s patriarchy ready to rain on everyone’s parade, insisting that sex — especially for women — is used for procreation only. Betty Dodson, the pioneer of the pro-sex feminist movement, believes that more than physical pleasure, orgasms and masturbation are the keys to feminist liberation. Writing for Ms. magazine in 1974, she explained how a woman’s pleasure was entwined with economics: she gets married to a man and exchanges sexual pleasure for food, shelter, and other conveniences — all with the assumption that she’s supposed to rely on the man for orgasms for the rest of her life (which she will most likely fake repeatedly, according to polls).

Patriarchal rigidness around pleasure products affects men, too. There is a relatively higher taboo attached to men purchasing sex objects than what women have to face. “The implication is you’re not man enough if you need ‘help’ with orgasming. And it’s usually the man’s male friends who laugh and judge if the topic comes up,” Komal says. After she introduced her vibrating dildo to her husband, he was curious to try toys made for men. “He asked his friends for suggestions, and they mocked him for having trouble in bed,” she says, adding that the joke was on them because the couples’ sex life has “never been better” since her husband purchased a penis ring that he now wears during intercourse.

This rise in acceptance of sex toys in India, however, remains at an individual level, with laws being painfully slow to catch up. While there is no clear law that bans the sale and use of sex toys, there is a barrage of other provisions which makes it close to impossible to buy one with ease, guidance, and assurance of quality, and without fear of judgment in a shop-like setting.

Section 292 of the Indian Penal Code bans the sale of obscene books, pamphlets, papers, writings, drawings or representations since they “appeal to the prurient interest” and their effect “tends to deprave and corrupt persons.” Then there’s good old Section 377, which has been used against sex toys, classifying them as “unnatural.” This makes direct marketing for sex toys in India illegal, resulting in grey markets like Fort’s footpaths in Mumbai and Palika Bhawan in Delhi. It also leads to sex toys being imported from China and Europe via air and sea. But Section 11 of the Customs Act 1962 also has a clause to catch in various stages of import products that “cause grave injury to the maintenance of public order and standards of decency or morality.” Implementing this law, the Mumbai Customs Department has seized Rs. 8 crores’ worth of sex toys disguised as massagers, Diwali gifts, air pumps, shoe soles, etc., in the last two years.

Hallie Lieberman, author of Buzz: A Stimulating History of the Sex Toy, discusses this need to falsely market these pleasure products in an interview to The Cut: “We see stories about women being violated, sexually harassed, raped [all over the paper] — we’re okay with talking about women’s sexuality when women are the victims of male sexual predation, because it fits into our idea of women as passive and men as active. But when we think of women as owning their sexuality and having sexual agency and being able to create their own pleasure, that threatens these deeply held beliefs.”

Even after all the laws, disguising and hush-hush, the streets are still flooded with sex toys sold on footpaths next to hairdryers and plastic combs. While not illegal, they are more often than not ‘obscenely’ packaged, prompting the Mumbai Police to conduct a recent string of raids worth thousands in such areas.

Clearly, vague legal arguments are failing at keeping India ‘pure’ and pious. It would be a relief if the law actually caught up with the times, thereby allowing for regulation, standardization, and more safety and instructional information around such products. Prohibition has never worked — from Eve eating the apple in the Garden of Eden at the beginning of time, to Samir Sariaya, founder of thatspersonal.com, literally disguising edible body paint as wall paint at Customs’ checkpoints last year. After all, as Liberman puts it in her interview: “The right to have an orgasm is a human right,” dammit.