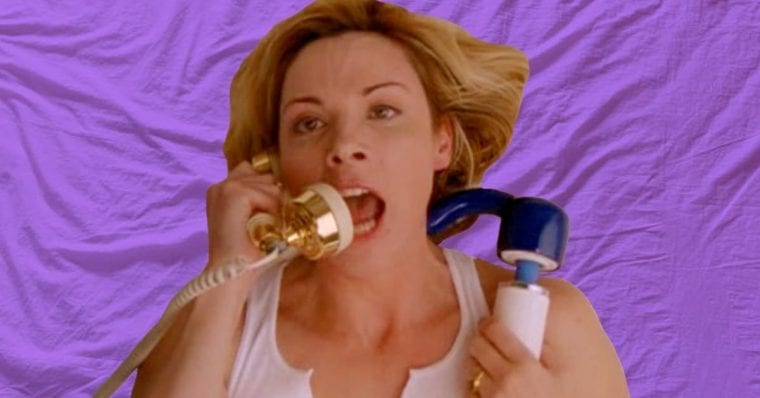 For most of human history, there have been two stereotypes of women as sexual beings: the frigid, sexually withholding or disinterested woman, and the overly lusty temptress. In the 1960s, gynecologist William Masters and sexologist Virginia Johnson conducted research that did much to normalize women as sexual beings, but it eventually became a paradigm of sexual experience that experts today reject as too narrow and strict. If there’s anything we’ve learned in the intervening decades of research, it’s that women’s — and men’s — sex drives are more varying and changeable than supposed.

That knowledge hasn’t dispelled all stereotypes. The myth that women have low sex drives as compared to men persists, even though research has disproved it. Possibly because the neurological secrets of sex drive are complex and still a long way off from being understood in their aggregate function. Experts know hormones are involved — but mainly in response, not necessarily in initiating desire. Even then, “hormones have such small – if any – influence on desire,” Sari van Anders, an associate professor of psychology and women’s studies at the University of Michigan, Ann Arbor, told the BBC.

There is some evidence that a woman’s sexual desire fluctuates according to her menstrual cycle, and while that makes sense from an evolutionary perspective, experts still don’t fully understand why.

In the absence of a clear biological mechanism behind sex drive, scientists and therapists have long relied on observation of the experience for insight. Observational studies led Masters and Johnson to develop a linear theory of sex drive and sex, one that started by sexual desire; saw stimulation, arousal and a brief plateau in its middle; and ended with an orgasm and resolution (cuddling, perhaps, or napping).

But, according to Dr Rosemary Basson, the director of the University of British Columbia’s Sexual Medicine Program in Canada, as freeing as that model was originally, ultimately it has perpetuated the idea of women as the lower-libidoed sex, and facilitated the label of sexual dysfunction.

“We see women who say, ‘When I get into (sex), everything’s fine. I just don’t have that hunger that makes me yearn for the next time,’” Basson told writer Sarah Barmak for a recent piece in The Cut.

But even this model may not play out every time or as frequently as media depictions would have us believe. All of the neurological components of desire that we don’t understand, as well as lifestyle factors that we may not recognize (stress, for instance), can combine to dampen desire at any given point. Rather than try to raise or lower libido, accepting the fluctuating nature of sex drive may be the key to sexual resilience. A new study found that women who believe their sex drive changes over time were better able to cope better when it did. Whereas “women who believe that sexual desire levels remain the same may feel that challenges with sexual desire, such as low sex drive, are impossible to overcome and therefore they try to avoid or ignore the problem,” said lead author Siobhan Sutherland, a PhD candidate at the University of Waterloo.

The belief that sex drive changes may be a coping mechanism, but it would also be nothing short of the truth.

“Women don’t have lower sexuality than men,” Lisa Diamond, a professor of psychology and gender studies at the University of Utah, told the BBC. “What they have are more variable patterns.”