All the Arguments You Need: to Advocate for Caste‑Based Reservations 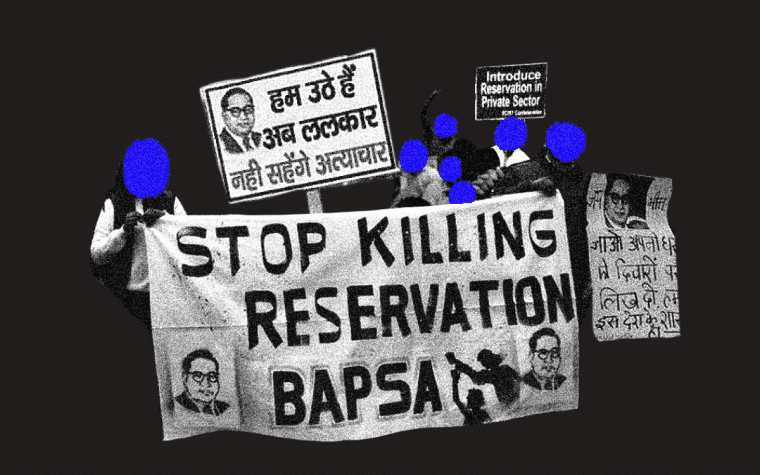 In All The Arguments You Need, we take on mindsets standing in the way of progress and rebut them with facts and logic.

This week, the Supreme Court began hearing petitions challenging the validity of a Constitutional Amendment, passed in January 2019, that grants a 10% quota to those belonging to Economically Weaker Sections (EWS) in previously unreserved, upper-caste communities. The amendment fundamentally altered the spirit of caste-based reservations – one of the most hotly debated topics in the country.

The Constitution of India recognizes affirmative action in public education and employment for people belonging to historically discriminated and marginalized castes and tribes as a fundamental right. But when said people – Scheduled Castes (SCs), Scheduled Tribes (STs), and communities recognized as Other Backward Classes (OBCs) – claim their right to equal opportunity, historically privileged, upper-caste, unreserved communities allege that reservations discourage “merit” and “genuine talent” by providing the former an “unfair advantage.” Many deem poverty to be eligible for reservations in education and employment over caste-based marginalization.

However, pitting economic deprivation against casteism leaves the latter pervasive, and doesn’t get to the heart of what drives social inequality in India – even 75 years after its Independence. Here are all the arguments you need to debunk prevalent notions against caste-based reservations.

“Casteism is a thing of the past.”

Barely a month ago, a nine-year-old Dalit child from the Jalore district in Rajasthan succumbed to injuries after his privileged-caste teacher beat him for trying to drink water from the teacher’s pot. Almost all the matrimonial advertisements in any newspaper seek out partners from their own castes. In urban residential and housing societies, a common feature across cities is the existence of two distinct elevators — one for the residents and their guests and the other (and only the other) strictly for service workers employed to clean up after the residents: waste collectors, delivery agents, domestic workers. Many homes do not even offer a glass of water to their household workers. Those who do, often keep a different set of utensils. When someone is on the hunt for a new house, they are often asked for their last names — ostensibly to determine their caste. At times, house owners give out cryptic messages like they let their house out to only “pure veg” tenants — yet another caste marker. These are all discriminatory practices rooted in caste, showing how it is deeply entrenched in the societal organization of South Asia, even when it isn’t obvious. In fact, the discreet nature of how casteism plays out isn’t a sign of its decline, but its normalization.

“Reservations should only exist to level the playing field initially; they should be discontinued for higher positions/promotions.”

At present, only 6% and 9% of the faculty in IIMs and IITs respectively comprise persons from scheduled categories, whereas the state mandates the reservation of a collective 22.5% — 7.5% for STs and 15% for SCs – of faculty positions. Some central institutions do not reserve faculty positions for marginalized communities at all. Others often deliberately mark reserved category Ph.D. candidates or applicants poorly during interviews so that they fail to clear the admission criteria, and then justify reallocating those seats to general category candidates.

The situation is not very different in public service, where SCs and STs rarely fill up white-collar positions with higher pay and administrative-level work. On the other hand, they are overrepresented in low-income, labor-intensive professions such as peons, cleaning staff, delivery persons, etc — reinforcing the idea that scheduled communities are best left to tend to the same jobs that the caste system has determined for them – and, moreover, that privileged caste communities are meant for more “respectable” work with better pay, perks, and power. To deny reservations in promotions or higher examinations will only worsen this status quo, and push communities further to the margins.

“Financially well-off SCs and STs should not avail benefits of reservation.”

Reservation is not a poverty alleviation scheme. SCs and STs remain in the margins today due to discrimination based on their ascribed caste status, and not their acquired economic position. Exclusion from resources is among the most visible consequences of marginalization, but it comes from a much older, systematic prejudice and discrimination. Past incidents have shown that economic or social mobility isn’t enough to prevent discrimination. In fact, it may even be a catalyst for carrying out caste crimes, as happened in Khairlanji, Maharashtra – the site of one of the most brutal hate crimes in modern India –  where the dominant caste villagers targeted the lone Dalit family in the village for their upward economic mobility.

Another logical flaw in this argument is that it imagines only those SCs and STs who are deeply deprived as “genuinely” marginalized. The idea of an economically well-off SC or ST person is outside the scope of such an image. But making a value judgment on who “deserves” affirmative action” more can be dehumanizing – as it requires individuals to “prove” their oppression visibly.

“Why should upper-castes face higher cut-offs based on their caste? Isn’t that casteism too?”

These arguments rarely take into account the generational social, cultural, and economic capital — access to not only money but also other resources like free time to study, networks for support and guidance, and schools and coaching institutions — that a vast majority of unreserved upper-caste candidates have access to. Candidates can be judged on the same level of marks only if there is an already level playing field. But that is hardly the case.

The argument on cutoffs also disproportionately blames reservations for a flaw with the system. There are very few quality public institutions for higher education in the country, and most of them admit a very limited number of students. According to a 2021 report, while the Harvard Medical School had an acceptance rate of 3.5%, the Christian Medical College at Vellore had an acceptance rate of 0.25%, and New Delhi’s AIIMS had an acceptance rate of 0.05%. Cut-off rates will automatically come down if candidates had more educational institutions, and more seats in every educational institution, to compete for.  Blaming marginalized castes for the lack of adequate public education infrastructure is a bigoted approach that views the failure to obtain a seat as an individual issue instead of a systemic defect.

“By giving a break to those with lower marks, reservations are not advancing the most deserving candidates”

Another argument that people have against low-cutoffs and eligibility criteria for reserved candidates is that it brings down the overall caliber of an institution or organization. Research and data, however, suggests otherwise. A 2018 study by Stanford University researchers observed, for instance, that SC and ST candidates in engineering colleges were faster, better learners than their unreserved category counterparts. People from SC communities have also appeared in the top ranks, including the first rank, in the Civil Services Examination in the recent past. This indicates that when provided with equal opportunities, SC and ST candidates can indeed perform at par with the General categories. To insinuate that their inclusion hinders growth and progress, then, is just another excuse to justify their exclusion from education and employment.

“Even Ambedkar said reservations were only a temporary measure.”

Those who argue against reservations often cite alleged sentiments of Dr. B. R. Ambedkar — one of the fiercest and most articulate opponents of casteism, and the architect of the Indian Constitution — to claim that continued reservation in education and public service goes against his own vision for the country. There is evidence to suggest that these comments are, in fact, grossly misinterpreted, misrepresented, and even misreported. Anurag Bhaskar, assistant professor at Jindal Global University, states in a paper that the much talked about ten-year limit was never meant for education and services, only for political representation. Further, Dr. Ambedkar was opposed even to that time limit, and in fact, was the one to suggest introducing constitutional amendments to keep increasing the initial time limit on political reservations.

“Reservations aren’t working, so we may as well get rid of them.”

Reservations address only a very particular consequence of ages-long marginalization: the denial of access to education and employment opportunities. Over the years, they have genuinely improved the collective living conditions of those on the margins. While it is true that the pace of this progress has been slow, the problem with the scale and pace is more of an implementation issue. Most senior public servants continue to be upper-caste – this only bolsters the case for more, rather than fewer, reservations.

Indeed, despite equal opportunities, the pervasiveness of caste may make one believe that their “birth was a fatal accident”, and prevent them from realizing their dreams, as happened with scholar Rohith Vemula, and countless others before and after him. Reservations, then, need to be supported with other regulations and laws which check and discourage everyday casteism, and there need to be systems in place that implement these regulations robustly.