Could Air Pollution Be Affecting Your Ability to Dream? 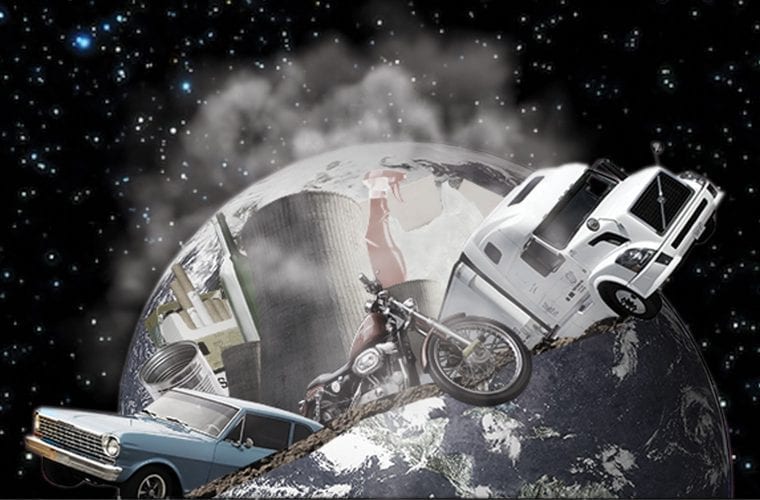 “The oxygen [from a newly purchased air purifier] is amazing,” our friend continues. “You don’t realize what a difference it makes.“

She leans closer, as if what she’s about to say is a secret.

“It’s true,” her eyes are round. “We hadn’t noticed, but we’d all stopped dreaming. With the oxygen, we’re dreaming again.”

The above excerpt is from a piece titled “Raising Kids in Delhi’s Worsening Air” for The New Yorker. In it, author Megan Stack suggests a startling connection between air pollution and dreams. Although no direct research has confirmed a link between the two, from what we have, it would be safe to assume that they are related — pollution affects sleep and that in turn, affects dreams.

Per research published online in the Annals of the American Thoracic Society, there is a link between obstructive sleep apnea — a potentially serious sleep disorder that causes breathing to repeatedly stop and start during sleep — and exposure to two of the most common air pollutants. These are fine particulate pollution, also known as PM 2.5, and nitrogen dioxide (NO2).

From the findings of the study, “It seemed likely that air pollution was detrimental to sleep, given that air pollution causes upper airway irritation, swelling and congestion, and may also affect the parts of the brain and central nervous system that control breathing patterns and sleep,” said Martha E Billings, lead author of the study and associate professor of medicine at the University of Washington, Down to Earth reported.

The study followed 1,974 participants from many ethnic groups, including Asians, of whom nearly half had sleep apnea. The researchers estimated pollution levels around each participant’s home. And found that the participants’ odds of having sleep apnea increased by 60% with an increase in exposure to PM5 and NO2.

That air pollution affects sleep may be clear from the study above but does it have an impact on dreams?

In a study published in the Journal of Sleep Research that aimed at determining whether non-dreamers do not produce dreams or simply don’t recall them, John Antrobus, a professor of psychology and sleep research at the City College of New York said, “If you have very poor sleep, you may not dream at all.”

The National Sleep Foundation (NSF) says that dreams are a natural part of sleep and it’s common for everyone to dream for a total of two hours a night, however, the relationship between, “dream quality and sleep quality could be likened to the old chicken-and-egg scenario: No one is sure which comes first.”

However, they are related, the NSF states. According to them, good quality of sleep produces ‘pleasant and joyful’ dreams, while those who suffer from insomnia have reported having had fewer positive emotions associated with their dreams.

And studies have proven that dreams are only beneficial for us.

But, for Indians, dreaming, like clean air, could be a privilege.

As of today, 11 out of the 12 most polluted cities on a World Health Organization list are in India. And to make things worse, 93% of Indians already suffer from sleep deprivation, 11% say they fall asleep at work and 87% agree that lack of sleep is taking a toll on their health, per a survey conducted by Nielsen.

“Sleep disorders represent a significant number in India, yet, it is an overlooked health problem,” R. M. P. L. Ramanathan, Head of the Department of Pulmonology at PSG Hospitals in Coimbatore told the Hindu Business Line.

Although we have for long known that air pollution affects heart and lung health, based on the studies cited above, we now know that it may be affecting one’s ability to dream as well and that not dreaming may be detrimental to one’s well-being in some ways or the other. While there might be efforts to curb air pollution, what do we do at an individual level in order to dream again?

Stack leaves us with a possible solution. She writes, “…even dreams, now, are a commodity that can be bought.” For those who are thinking, the right to dream again maybe a privilege restricted to those who can afford to buy air purifiers.