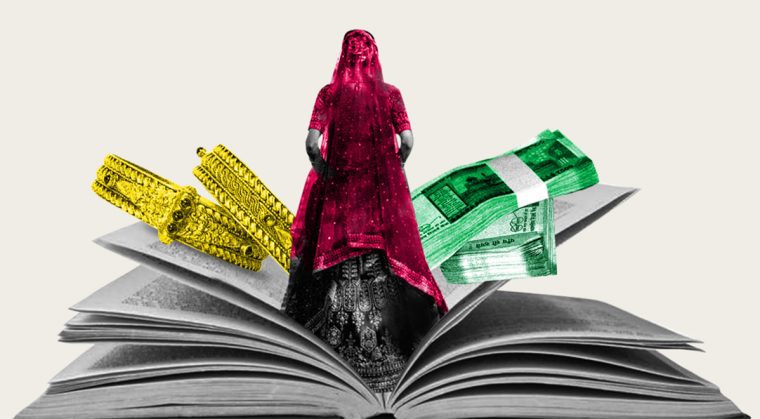 A Sociology textbook in circulation among second-year nursing students has boldly, but worryingly, misrepresented India’s dowry system. The Textbook of Sociology for Nurses, authored by T.K. Indrani, cites the “merits” of dowry; with women’s education listed as one of them. To add to this absurdity, the instruction also seems to be that dowry helps marry two conventionally unattractive people; “ugly girls can be married off with attractive dowry with well-off or ugly looking boys.”

The Indian Nursing Council (INC), the regulatory body for nurse education in India, on Tuesday issued a statement distancing itself from the subject matter included in the curriculum. The body “strongly condemns any derogatory content which is against the prevailing law of the land,” they said, adding that the “INC only prescribes syllabus for various nursing programs which is placed on its website.”

There are multiple things that grate on moral sensibilities. One, any inclusion such as this inevitably reinforces the oppression of the dowry system, despite its illegality. The practice of dowry is a punishable offence under Section 304B of the Indian Penal Code. Despite this, dowry payments have remained largely stable over the past few decades, according to a recent World Bank study. Unofficial numbers on the ground could be significantly much starker.

According to the appalling passage, “dowry is helpful in establishing new household” as “custom of giving household items like cots, mattresses, television, fan, refrigerator, utensils, clothes and even vehicle are found in many parts of our India as dowry.”

This is a country where dowry is sometimes a shapeless and nameless beast. Other times, it is the Frankenstein monster that towers over marriages from early on. “In India, 21 women die every day due to dowry-related violence. The cultural practice of dowry perpetuates the oppression, torture, and murder of countless women,” Ntasha Bhardwaj wrote in The Swaddle in 2020.

“It is appalling how such derogatory and problematic texts remain in circulation. That a textbook elaborating the merits of dowry can actually exist in our curriculum is a shame for the nation and its Constitution,” Priyanka Chaturvedi, a minister of parliament, wrote to the education minister.

Two, the passage in question sits within the realm of education, with hundreds of students being exposed to regressive content. To make matters worse, nurses can often be the first responders in dowry-related violence. In such a scenario, normalizing dowry can compromise the care that survivors receive, and may even make nurses less sensitive to patients.

The current instance is not an anomaly; worse things have been said and written about India’s dowry system, or patriarchal frameworks, in the education curriculum — prescribed or unprescribed.

In December last year, an Indian exam board contained an offending passage that went something like this: the “emancipation of the wife destroyed the parent’s authority over the children” and “in bringing the man down from his pedestal, the wife and mother deprived herself, in fact, of the means of discipline.” The blatant misogyny of the question and the exam merely echoed the sentiments of a large proportion of people.

Moreover, India’s dowry laws have always been received with some ambivalence. “Since dowry is embedded within the social fabric of India, the law fails on the fundamental basis upon which it was created: protecting women from dowry-related harassment, violence, and death,” Bhardwaj added. Even a mere discussion of the “merits” of dowry in Indian society — with misinformation and falsehoods being peddled as education — can prove to be a deleterious exercise.

Once again, national curriculums are noticeably complicit in perpetuating rigid stereotypes that come to the detriment of communities marginalized for decades.