Going For A Detox. Bye! 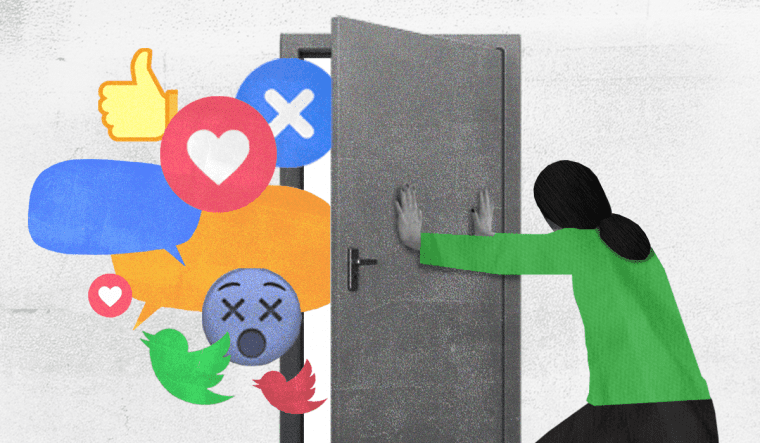 “Social media detox” is a buzzword we’ve come across far too often; many of us have, perhaps, jumped on this bandwagon too. According to a new study, taking the “detox”-route isn’t just a faux wellness fad. Turns out, it is scientifically proven to promote our wellbeing and reduce the depression and anxiety many of us have learned to live with post-2020.

Published in Cyberpsychology, Behavior, and Social Networking, the study based its findings on an analysis of the social media behaviors of 154 participants aged between 18 and 72, who reported spending an average of eight hours every week on social media. They were divided into two groups — one that took a week-long break from social media, and one that didn’t. Prior to the division, the researchers assessed their mental health.

After the experiment concluded, the participants who had abstained from social media noticed significant improvements in anxiety, depression, and general mental wellbeing. On the other hand, the group that had continued using social media, as usual, didn’t experience any comparable positive outcomes.

“Many of our participants reported positive effects from being off social media with improved mood and less anxiety overall… This suggests that even just a small break can have an impact,” said Jeffrey Lambert, first author of the study, and lecturer in health and exercise psychology at the University of Bath.

Despite the advantages of social media, the curated “reality” that we see on our Facebook, Instagram, Twitter, and Reddit feeds, among others, impacts our mental health negatively. “Sure, it’s a great place to socialize and keep connected, but it can also create a false perception of reality. After all, you’re only seeing the highlights of other people’s lives,” reads an article on L’Officiel Psychology.

Explaining how social media is anxiety-inducing and taking a break from it can be helpful, it adds, “Social media is a way for people to prove how successful, pretty, likable, or confident they are, and sometimes that creates competition in terms of how many likes, views, or comments they get. This situation can lead to constant posting, checking, and… worrying. Taking a step back from that routine can give [people] the time to relax and break this toxic cycle.”

The “cycle,” in question, is one that spins tirelessly. Over the years, we’ve become so accustomed to the state of affairs that we barely even notice it spin anymore — even though we’re pedaling it ourselves. “Scrolling social media is so ubiquitous that many of us do it almost without thinking from the moment we wake up to when we close our eyes at night,” Lambert noted.

Perhaps, that’s precisely why it’s pertinent to take a break — to become more conscious of the spinning, and realize how much time we spend in the process while wishing we had just a little more time to devote to our hobbies, wrap up work so we can peacefully log-off, or finally finish de-cluttering our homes. Some of the participants in the study, in fact, admitted that their seven-day break from social media enabled them to free up about nine hours in their week.

“Of course, social media is a part of life and for many people, it’s an indispensable part of who they are and how they interact with others… But if you are spending hours each week scrolling and you feel it is negatively impacting you, it could be worth cutting down on your usage to see if it helps,” Lambert advised.

The next step for the researchers now is to investigate the advantages of staying off social media for more than a week, and assess whether the benefits can last. If the latter turns out to be true, the researchers believe a “social media break” — much like “spending time in nature” — can be prescribed to people as a way to manage their mental health and, perhaps, recuperate from different mental disorders too.