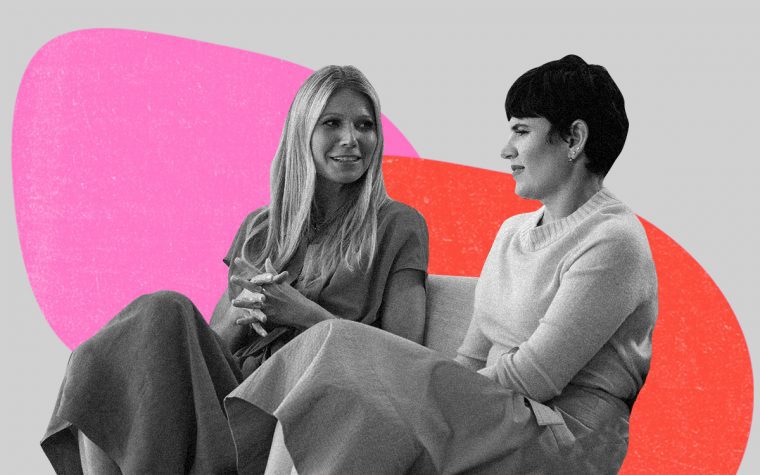 Sex positivity is a grey area to explore on screen. With Netflix’s Sex, Love & Goop, the idea of pleasurable sex and intimacy has gotten more complex. In two episodes, the series shows a form of “sex therapy” some sexologists take issue with.

Called “sexological bodywork” (also “sex bod” or “somatic sex education”), the therapy involves strong hands-on work. Practitioners (sometimes non-medical) touch clients’ genitals and may also undertake penetration. The aim, according to the show, is to help alleviate shame or trauma and usher a greater understanding of pleasure and desire.

This is what the episodes with a couple – Chandra and Camille – show. The two are in love, but Chandra finds penetration very painful and Camille has difficulty expressing sexual desires in the bedroom. A Goop ‘sex expert’ helps the two navigate this intimacy hiccup. She places a “gloved hand on Chandra’s pubic mound before dropping onto her vulva and then stroking her labia — checking in with Chandra throughout,” Insider explained. At the end of the sessions, both experienced a freeing orgasm.

But it is the portrayal of the sex bod that has invited concern. The use of non-evidence-based approaches “is potentially very harmful and could have a lot of unintended consequences,” Kerrin Bradfield, chair of the Society of Australian Sexologists and a registered psycho-sexual therapist, told the Sydney Morning Herald. The hesitance is amplified at a time when more people are seeking sex and relationship counseling during the pandemic.

“The biggest misconceptions about this field are that a sexologist will need to touch you, watch you have sex, involve nudity, or even disclose details of their own sex lives to help you,” Bradfield said. “That simply isn’t true.”

Are There Any Benefits to Holding Back an Orgasm?

“We assume sex should be easy and enjoyable, but a lot of us develop sexual problems, and talk therapy is sometimes just not enough,” Tom Murray, a forensic sexologist who is not certified in sexological bodywork, told Insider. “People need to have experiences.”

But the question of regulation is where things get murky. One, there is little certification to validate one’s credentials. In India, for instance, there is no board license or certification required to call oneself a sex therapist. “This leaves already vulnerable people trying to muddle through the difference between other, more controversial forms of sexual counsel,” The Swaddle noted. Since the title “sexologist” is not legally protected, the field remains largely unregulated. Naturally, the cultural stigma around sex and desire further renders the field vulnerable to misconceptions.

”The show is very focused on somatic bodyworkers who call themselves sexologists and sexuality educators. As it isn’t a protected title, anyone can use it. However, it creates a lot of confusion and harm,” Bradfield noted.

In other countries, like the U.S., sex bod is illegal in 49 states as it is considered sex work. Or in the U.K., it is legal and not considered sex work; but it requires in-depth training. The training, for almost seven months, “includes in-depth anatomy, extensive hands-on and trauma-informed practice, plus 25 supervised sessions,” Huffington Post noted. In any case, the need for strong ethical guidelines is widely asserted.

Two, it is Goop’s endorsement of this therapy that makes people warier. Hollywood actor and Goop founder Gwenyth Paltrow is on a mission to explore women’s pleasure, but the brand and the woman are encased in infamy. The Goop Lab, another Netflix creation, was criticized for delving into pseudoscience territory. Goop also recently launched DTF, a “supplement to support women’s sexual desire, arousal, and mood”; but experts have questioned the evidence behind its science. It is Paltrow’s history of backing unfounded health claims that makes sexologists unsure of the sex therapy’s effectiveness.

In the end, sex-positive advocacy requires thinking of a culture and its people — rather than the brand. “Sex, Love & Goop seems intent on redefining what people think of as sex altogether,” as The Atlantic noted, “But being a true cheerleader for pleasure also means acknowledging and confronting all the things that might be getting in the way of it.”