How ‘Faith Healing’ in Banaras Exploits People With Mental Illness In the small city of Chunar near Banaras, Naresh Sharma, 40, remembers the first time he noticed the early signs of his depression and paranoia, caused by epilepsy. “My family and I thought that someone (a neighbor) has done something to me, some tantra-mantra out of jealousy. Everyone advised that we go and get jhaad-phoonk (a kind of tantric faith-healing),” says Naresh.

His father’s friend told them about the famous Harshu Brahm Baba and one of his temples in Chainpur, Bihar, at the periphery of Banaras. A lot of devotees are claimed to have been cured of various illnesses here. Built in the 16th century, the Harshu Brahm temple is quite popular among people in Banaras. But it’s far from being the only one.

In the holy city of Banaras and its periphery, consisting of small towns and villages, the scale of religiosity and spirituality breeds many obscurantist beliefs in spirits (bhoot-pret) and perpetuates superstitions around mental illness. As a result, the residents in the region often neither believe in mental health care nor receive it in more severe cases, like with Naresh.

In the early years, Naresh never went to a doctor, entirely convinced that faith healing would help him. At Harshu Brahm, his family spent around Rs. 50,000 for his “treatment” over multiple visits. This involved meeting a group of pandas and ojhas (faith healers) who told them to offer meat and alcohol to the deity Harshu Brahm to get rid of the spirits that caused his mental illness.

“The pandas read some mantras while I sat beside them and later used a neem stick to beat me, to get the bhoot to leave my body,” Naresh recalls. Although he found the ritualistic treatment of the pandas helpful to an extent, it was only when he finally started treatment under a neuro-physician in Patna that his epilepsy symptoms finally subsided. These were the symptoms that had rendered him helpless and unfit to do any kind of work for years.

How Patriarchy Drives Mental Illness, Superstition to End Lives in ‘House of Secrets’

The reverence for faith healers is a common cultural phenomenon and is closely associated with the reverence of the Brahmin caste community in the region. Pandas, ojhas, and sokhas are the go-to faith healers found in rural areas for mental illness ailments. Ojhas and sokhas specialize in tantric practices, while pandas are brahmin priests who practice both sattvik and tantric rituals. It is a hereditary occupation for them, and they make the highest claims of being able to eradicate ill-will and negative forces that have “claimed the body” of an ailing person, regardless of whether the ailment is mental or physical.

The general reverence for priests also comes from the belief that they are connected to the gods and act as their messengers. Thus, they are also popular among the masses for providing instantaneous “remedies” to mental health issues.

The bizarre rituals and claims made by the Hindu pandas to Naresh find parallels in a healing center of maulanas in Daruli, a village near Banaras. Suman Kumari, a resident of Ratanpur village, went to this center with symptoms of anxiety, depression, and OCD. The maulana made her and her family stay for a few days at the place. The treatment involved a bottle of lemon juice, with 50 to 60 lemons, into which a small needle was dropped. “The maulana told us that the needle (imbibed with some power) will melt away in this juice and I have to drink it and Allah will heal me,” Suman said.

When the initial symptoms started, her family had been supportive of her getting treatment from Banaras Hindu University (BHU). But the doctor gave her too many medicines and she didn’t receive good treatment for her illness there. “I think the medicines he gave made me drowsy, and didn’t help me at all,” Suman said.

BHU is perhaps the only reputed and known hospital among the masses for mental health-related issues in Banaras. This in itself is indicative of the massive problem of lacking mental health awareness in the region. If those who make it to BHU don’t receive adequate care or face other issues like misdiagnoses, it pushes people further towards superstitious alternatives.

Another resident of Ratanpur, Sushil Kumar, 24, went to an ojha in Ramnagar a year ago. “I started feeling very uninterested and pessimistic about life and didn’t want to go to work. I was unnecessarily frustrated with my parents most of the time…” says Sushil. “My parents thought someone had cursed me and so … we consulted an ojha baba.”

The ojha told him that his illness was being caused because he had eaten food at someone else’s place. He said the food had been made to curse him out of jealousy. He advised him to pray to the god Hanuman every Tuesday, along with consuming water infused with the baba’s blessings.

A culture of spirituality and a lack of awareness have led to what should primarily be an approach of care towards the suffering devolving into a search for instant “cures” and “mercy.” The systems of faith healing, stemming from Islam and brahminical Hinduism, thus continue unabated in the region to run an economy of extortion. 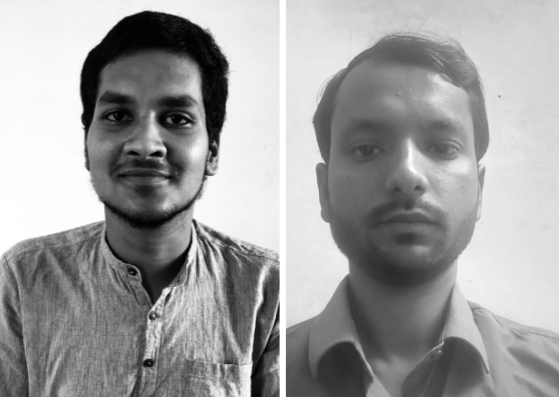 Kushal Choudhary is an independent journalist based in Banaras, exploring modernity and tradition through the lens of history and caste.

Govind Sharma is an independent writer based in Varanasi exploring caste and social issues.
See all articles by Kushal Choudhary &