How the Nice Guys of ‘The White Lotus’ Embody Toxic Masculinity 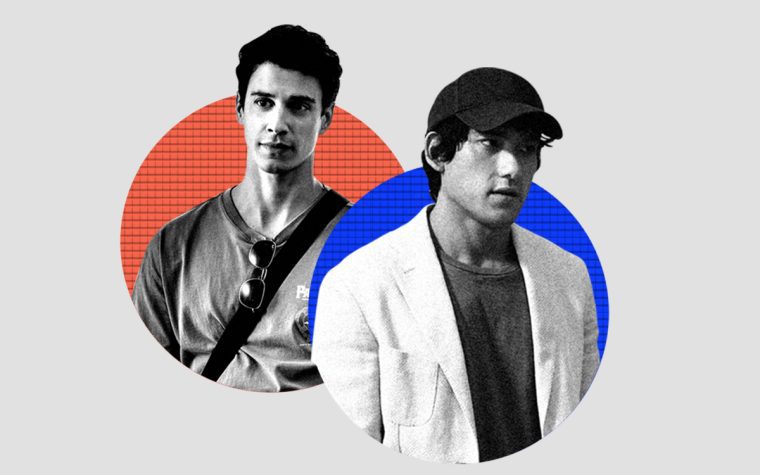 This article contains spoilers for Season 2, episode 6 of The White Lotus.

This season, The White Lotus has two different varieties of “nice guys” in the form of Albie Di Grasso (played by Adam DiMarco), and Ethan Spiller (played by Will Sharpe). Last month, an article in Vanity Fair made an observation about the male characters on the latest season of the show, stating: “they all suffer from the same terminal illness: masculinity.” That’s absolutely on point, but there’s more to it: nice guys actually have a lot more in common with the outright not-nice ones. As the show progresses, it’s clear that “nice guys” may have escaped the cultural radar of scrutiny so far — but not anymore.

Each one of the male characters on the show exhibits different varieties of toxic masculinity — Cameron (played by Theo James) is cheating sex workers of their dues while cheating on his wife; the latter is true of Dominic (played by Michael Imperioli), too; Bert (played by F. Murray Abraham) is so self-involved that he couldn’t see the pain and angst he put his late wife through. Well, the list goes on. But it’s the show’s exploration of nice guys, though, that has stood out the most.

Albie — the cute trust fund baby who went to Stanford — self-identifies as a “nice guy” early in the season. Despite being reminiscent of incel ideologies, one might have considered letting his comment pass, given Albie’s otherwise sweet demeanor and his, seemingly, in-depth knowledge of feminism. But soon enough, he goes on to suggest he’s drawn to “wounded birds” — strongly indicating his white knight syndrome, which only becomes more apparent as the season rolls on. Coupled, then, with the fact that men who are indeed nice don’t really need to claim that about themselves and make it their entire identity — actions speak louder than words, after all — Albie quickly becomes a walking red flag.

“[His] obsession with protecting women can become suffocating,” notes an article in Grazia. But that’s not all that’s wrong with Albie’s white knighting. Unlike Cameron — or, perhaps, even his own father — his sense of accomplishment doesn’t lie solely in sleeping with women, but in going a step further, and saving them too. However, since his rescue efforts are meant to make him feel good about himself, it never crosses his mind that he may actually be disregarding — or worse — the women he believes he’s rescuing.

The article continues, “He knows Lucia’s a sex worker who he can barely afford to pay, which means he could be putting her in danger of a pimp who’s [supposedly] demanding money, but he continues to sleep with her anyway. We also saw hints of red flag behavior in his persistence that Portia joins his family outings when she didn’t seem interested. Let the girl chill by the pool on her own if she wants to! In the past, it was manhandling and overt, now it’s discreet…”

As a testament to just how well-researched the characters on the show are, Albie’s white knight syndrome may have been born from the frayed relationship his parents share. Albie is close to his mother, who has been the victim of his father’s infidelity. And as Mary Lamia, a clinical psychologist from California, wrote, “Many [white knights] were deeply affected by the emotional or physical suffering of a caregiver.”

Can We Move On: From the Trope of the Male Savior Who Rescues Women From Patriarchy in ‘Woke’ Movies

Then, there is Ethan.

He, on the other hand, had started out as a genuinely nice-seeming guy — especially compared to the haughty Cameron, who is ready to cheat on his wife at the slightest opportunity. However, as the show progressed, Ethan’s likability took a dip, as is evident from the anti-Ethan memes circulating online. The White Lotus quickly unravels the amoral trappings of the nice guy through Ethan, whose niceness is a front for a cold aloofness, on the inside, which is the very antithesis of nice.

When his wife — Harper (played by Aubrey Plaza) — told him about his college buddy, Cameron, stripping in her presence, he was quick to dismiss her. In fact, throughout the first half of the season, every red flag about Cameron’s marriage that Harper drew Ethan’s attention to, Ethan treated with utter indifference — almost as though he didn’t value the opinions of his literal partner.

It’s hardly unsurprising, then, that Harper doesn’t tell him about Cameron fondling her thighs under the dinner table in the presence of both Ethan, and his wife, Daphne (played by Meghann Fahy). Who is to say he wouldn’t have disregarded her again? One might argue, here, that there’s a chance he would’ve believed her this time since he had just brought up Cameron’s problematic sexual entitlement — but the point is that it’s too late.

Not only did Ethan not deem it wise to warn Harper about Cameron’s behavior, but he also chose to dismiss her the first time she opened up to him about Cameron’s unwarranted sexual advance — forcing her to deal with the harassment alone, knowing no one would trust her even when Cameron jumped her while she was swimming by herself.

The point, also, is to ask who’s worse: the guy copping a feel, or the guy who cares about adhering to a “bro code” over his wife’s word?

How Knowledge, Secrets Become the Underrated Currency of Power in Pop Culture

Further, despite being on a moral high horse about how he never lies to his wife, he crumbles rather quickly when Cameron coaxes him into cheating on her. Granted, it may have been a freeze-or-fawn response that he resorted to under peer pressure. And as he has himself argued, he didn’t really do the deed. But, as we know, he was pretty close — not only did he have his tongue down another woman’s throat, but also ignored Harper’s calls during the night. His insistence on the technicalities, then, only speaks to another characteristic feature of nice guys: that they’re almost always simultaneously both pathetic and apathetic, in the end.

Upon Harper’s keen, ceaseless lawyer-like questioning, he does admit to the kiss. However, he phrases it to suggest that it was the woman who kissed him — denying any consensual participation on his part.

Then, there’s the matter of his insincere, half-baked apology, which, of course, Harper had to pry out of him. “His inflection indicates annoyance instead of sincerity. His eyes also express frustration… He doesn’t take responsibility for the inappropriateness of his actions… He invalidates her feelings and tells her [not to] make this a big deal, as if she is overreacting to something very minor,” Isabelle Morley, a psychologist, wrote, adding, “He turns the tables and insists that Harper should actually be happy about this since he didn’t cheat when he had such an easy opportunity to do so. This is gaslighting: denying Harper’s experience, convincing her that she should feel differently, and attempting to make her feel [bad] for her original emotional response.”

Then, of course, comes the kicker in the latest episode of The White Lotus — after being dismissive of her the entire season, lying to her, and then demanding forgiveness as a birthright, he’s suddenly jealous and paranoid about being cheated upon. He is largely unaware of the fact that he’s probably projecting — and that his suspicions are making him a hypocrite, especially after he derided Harper for suspecting him despite having given her reason to do so. As one Twitter user wrote, “Ethan switching it up from ‘you’re being unreasonable to not believe I didn’t cheat on you’ [to] having vivid hallucinations about her cheating in a matter of hours is so satisfying.”

In essence, the show echoes what DiMarco had said in an interview last month, “In terms of like being a nice guy, I don’t know if there is such a thing in the world.” And if there is, it’s definitely not either Albie, or Ethan — they’re anything but.