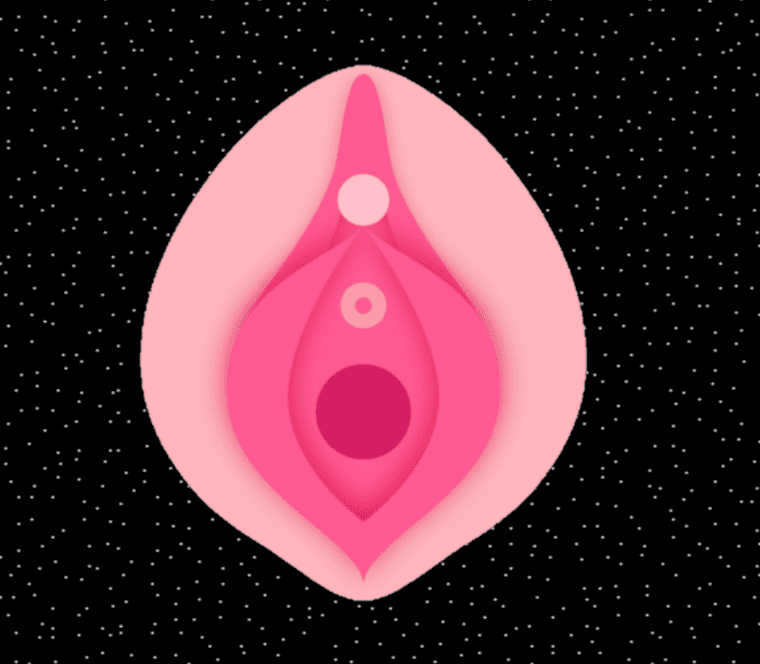 Rapper and father-of-six, T.I., successfully induced the heebiejeebies in all of us just weeks ago when he said he takes his now-adult daughter to the gynecologist annually “to check her hymen” to ensure she’s still a virgin. He proudly added that even after her 18th birthday, her hymen was “still intact,” all because of how he parents his children who have him to thank “for not allowing them to damage themselves as much as they could have.”

Everything T.I. said is not only bile-inducing for obvious, human-rights-violating reasons but also straight-up inaccurate and ignorant; the hymen simply does not work that way. We’ve all grown on the popular story that the hymen is proof of virginity. But this popular story is exactly that — a story; it’s fiction based on two myths.

Myth 1: Virgins bleed. The assumption is that the hymen breaks and bleeds the first time a woman has penetrative, vaginal sex and that if there’s no blood on the bedsheet, the woman was not a virgin.

Myth 2: Hymens disappear after sex. This is the logical consequence of the first myth; when the hymen supposedly breaks (after a woman has sex for the first time), it is somehow radically altered or disappears altogether after that. Thus, a woman’s virginity can supposedly be determined by checking her genitals; this legitimizes the need for degrading virginity tests.

At the heart of these two myths lies an absolute obfuscation of what the hymen is, looks like, and does.

The hymen is best described as a rim of tissue just inside the opening of the vagina. It looks different in every woman. Sherria Ayuandini, PhD, suggests in The Conversation that one imagine the hymen as “the petals of a flower. It has notches, folds and clefts, even in its virgin state,” or if it helps, as a hair scrunchie. The hymen usually has a central hole to allow for menstrual blood to come out and for sexual intercourse — but a hymen can also have a smaller central hole, several small holes, fringes as mentioned above, lobes, or even no hole (known as “imperforate” hymens).

That’s the thing about the hymen: It naturally exists in different shapes in different women, with varying extent of flexibilities, densities, thickness, and thinness, which is also what makes it difficult to conclude anything from doing a standard virginity test. Because, in reality, the hymen doesn’t have to break at all when a woman has sex. Therefore, it follows that a woman need not necessarily bleed after her first sexual intercourse and that there is no one way a hymen looks after sex. It’s entirely possible for a sexually active woman’s hymen to be naturally smooth-edged and for a virgin woman’s hymen to naturally have a large central hole.

Just like a scrunchie, a hymen can stretch to accommodate the penis; in fact, the hymen is so elastic that for a lot of women, vaginal intercourse does not break the hymen in any way. It simply stretches, without sustaining any damage. For other women, their hymens might tear a bit to accommodate the penis during sex, but that doesn’t mean the whole tissue disappears or breaks; it just stretches.

Myths that horseriding, gymnastics, biking and using tampons lead to “tearing” the hymen has only kept women from doing these things out of fear and curtailing their freedom; these activities cannot irreversibly damage or break the hymen, only tear it slightly in some cases, as much as sex can. The only exception is if someone meets with an accident in which they fall on a sharp object via their vaginal opening — but apart from that, a hymen is a very sturdy and elastic tissue.

Dr. Jen Gunter, gynecologist and author, took to Twitter recently, after T.I. proudly proclaimed something he clearly should be ashamed of, to explain that the hymen is nothing more than a “leftover [sic] collection of cells” present in many mammals, including dogs, cats, and camels. It’s more rigid at birth and naturally grows bigger as women age. But for the first three years, it provides a covering to keep urine and feces out of the infant vagina, which is very sensitive to irritants. Once that function is completed, the hymen has no other biological significance.

“The hymen is no virginity indicator,” Gunter wrote. “50% of sexually active teens do not have a disrupted hymen.” She further explains that nearly 66% of women don’t bleed after the first time they have sex; those who do, it’s usually spotting as a result of sexual trauma, not from a broken hymen.

A Cultural Obsession With Virginity Is Keeping Women from Using Menstrual Cups, Tampons

So, what gives? Clearly, these two myths are more than just an anatomical misunderstanding. The medical community has known the truth of these myths for more than a century, and yet, these myths have somehow stood the test of time and have become seared in our collective understanding of sex.

This is in no small part because of the powerful socio-cultural narrative within which we talk about sex: within a patriarchal society, women’s sexual appetite and sexuality are something to be controlled by men. A woman who exercises her agency to have sex as and when she wishes or has sex outside of marriage threatens the basic unit of a patriarchal structure — the heterosexual family with a man at the head of the table, and the dutiful, pure wife, tied forever in an exchange where she gets financial and social security in exchange for her lifelong sexual loyalty and subservience.

Then, the myths of the hymen become a way to ensure that women remain ‘unspoiled’ when they are handed over to their husbands from their fathers; an ‘intact’ hymen (whatever that is) is seen as a sign of trust and loyalty, as something that is owed to the groom and his family. Patriarchal control over women’s bodies is reproduced via these myths that manifest as honor and shame codes; while a woman’s honor and shame is linked to her sexuality, men’s honor is usually linked to the legitimacy of their paternity — which ultimately is linked to a woman’s virginity (because if the wife is a virgin on her wedding night, the baby has to be the groom’s). Keeping the hymen intact, therefore, becomes symbolic of keeping the family honor intact — for what is more threatening to patriarchal control, than to be cuckolded?

Virginity, then, does not exist as a medical concept, since there is no way to ascertain it. It is entirely a social construct; it doesn’t seem like a coincidence that the hymen is named after the Greek God of marriage, called … Hymen.

“The myths about the hymen have lived on for centuries because they have cultural significance. They have been used as a powerful tool in an effort to control women’s sexuality in about every culture, religion and history decade,” Nina Brochmann and Ellen Støkken Dahl, doctors and authors of The Wonder Down Under: A User’s Guide to the Vagina, say in a TedX Talk.

They give examples of this: from women in Indonesia who must get virginity checks in order to join the military to doctors in Norway who examine the hymens of young girls at the behest of parents — much like T.I. — concerned their children are ‘ruined.’ “Women are still mistrusted, shamed, harmed, and in the worst cases, subjected to honor killings — if they don’t bleed on their wedding night. Other women are forced through degrading virginity checks, simply to obtain a job, to save their reputation or to get married,” Brochmann and Dahl say.

The World Health Organization has termed these virginity checks as a “violation of human rights of girls and woman” which “reinforces stereotyped notions of female sexuality and gender inequality.” “There is no examination that can prove a girl or woman has had sex – and the appearance of girl’s or woman’s hymen cannot prove whether they have had sexual intercourse, or are sexually active or not,” the international body said definitively in a 2018 call to end the practice, still prevalent across the world and even in India.

Women are under so much pressure to live up to the two myths — that virgins bleed and hymens disappear — that they have resorted to creative and desperate measures to ensure bleeding as a sign of their virginity: from hymen reconstruction to drastic plastic surgery (known as ‘revirgination’) to vials of blood and fake-blood capsules being spilled on bedsheets to buying fake hymens online.

“It’s time we put these myths to end,” Brochmann and Dahl say, as they set the stage to coin the perfect phrase for the hymen’s false narrative. “It’s time we end the virginity fraud.”