India’s Drug Regulators Approve Use of Remdesivir for Covid19 Treatment. Here’s What We Know About the Drug. 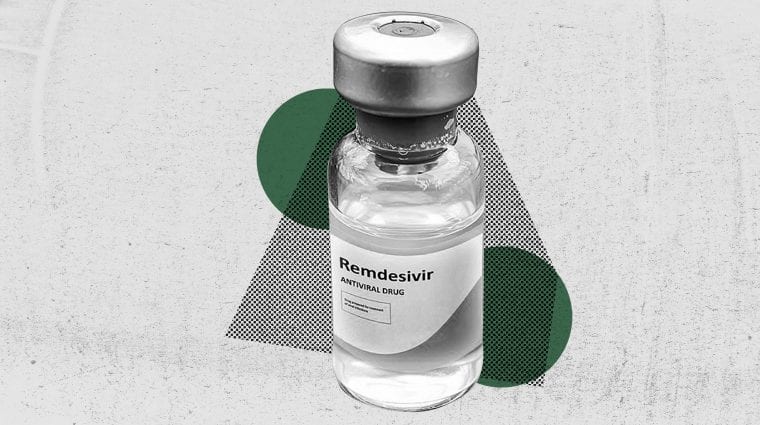 The Indian Council For Medical Research recently approved the use of Remdesivir, a broad-spectrum anti-viral medicine, for suspected, laboratory-confirmed cases of Covid19, and for children with severe symptoms of the disease.

The Drugs Controller General of India, Dr. V.G.Somani, approved Remdesivir for administration for a maximum five-day dosage regimen, according to a report by the Indian Express. The approval happened after consultation from an expert committee at the Central Drugs Standard Control Organisation (CDSCO).

“The approval process for remdesivir was accelerated by invoking special provisions under the New Drug and Clinical Trial Rules, 2019, which provides for waiver of clinical trials in special circumstances,” said a source to the Press Trust of India. They added, “The drug, which is administered in the form of an injection, has been approved to be sold by retail on the prescription of specialists for use in a hospital or institutional setup only.”

Remdesivir, created by biopharmaceutical company Gilead Sciences, is one of the most talked-about drugs touted to help treat Covid19 symptoms. The drug was originally developed for the ebola virus, but was ineffective against it. But, it has shown promise in the fight against the novel coronavirus. A study from the New England Journal of Medicine found that 68% of Covid19 patients who received the drug showed an improvement, and 57% were able to come off ventilators.

However, Remdesivir is also controversial. Physicians still believe that these findings are encouraging but preliminary, and that research around the drug must be treated with caution. Previously, the World Health Organization (WHO) had accidentally posted about the failure of a Remdesivir trial on its website. They later retracted the post and issued a statement saying that the trial was still undergoing peer review, The Swaddle reported. Another critique of the trials involving Remdesivir is that Gilead Sciences picked patients without kidney, liver failure, and blood pressure problems. While Gilead stated that this was done to protect patients from the drug’s unknown side effects, physicians argue that excluding the sickest patients from clinical trials bias the data.

Apart from India, countries like the U.S.A and Japan have also received fast-tracked approvals to use Remdesivir in order to treat Covid19 patients. Critics believe that this push to hype and use Remdesivir is both politically and financially motivated. After Stat News broke the story about Covid19 patients responding to remdesivir, Gilead’s stock rose significantly — and now is hinged on the drug’s effectiveness. Health advocacy groups previously wrote to the Indian government asking them to rescind patents given to Gilead, so that the drug can be effectively distributed among poorer nations. Plus, the Trump administration (U.S government) pushed for Remdesivir’s approval, regardless of pleas for caution from medical experts, raising suspicion that the drug was being used to make money off the Covid19 pandemic.