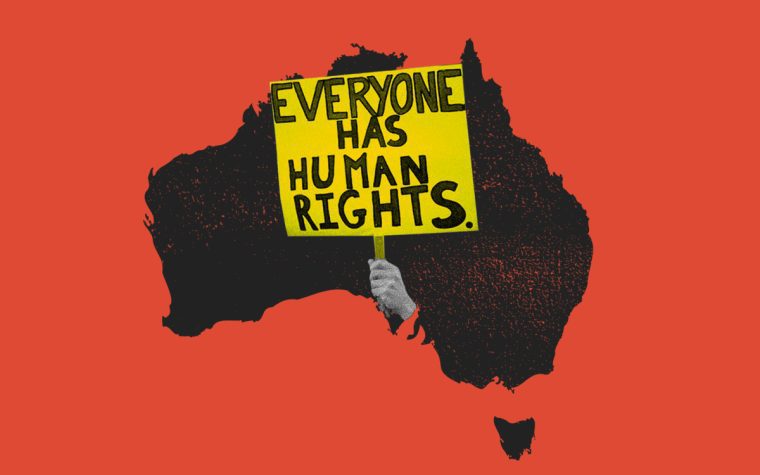 A group of First Nations-led activists called Youth Verdict, in Australia, just won a major case. They stopped the development of a coal mine by building a human rights case on the matter. The mine, in question, proposed to extract 40 million tons of coal, in the process emitting 1.58 billion tons of carbon emissions. Queensland land court President Fleur Kingham noted that this would cause “unacceptable” climate risks to people and property.

“For First Nations peoples, climate change is taking away our connection to Country and robbing us of our cultures which are grounded in our relationship to our homelands,” said Youth Verdict co-director and First Nations lead Murrawah Johnson.

Kingham also found that approving the mine would exacerbate climate concerns, which in turn would inhibit people’s right to life, the cultural rights of First Nations peoples, the rights of children, the right to property and to privacy and home, and the right to enjoy human rights equally, Z Network reported.

The news comes amid a growing awareness of the intersection between environmentalism and human rights. Recently, experts proposed adding a fifth crime to the four human rights related offenses that are currently prosecuted by the International Criminal Court: ecocide. “… it’s part of that broader process of changing public consciousness, recognizing that we are in a relationship with our environment, we are dependent for our wellbeing on the wellbeing of the environment, and that we have to use various instruments, political, diplomatic but also legal to achieve the protection of the environment,” said Philippe Sands, co-chair of the panel that drafted the proposal, in a press briefing.

When countries place economic interests above the environment, they inevitably violate human rights. It’s because large projects not only displace people, but also pollute the water and air that people in the vicinity consume. The relationship goes the other way too: many experts note that human rights such as the right to assembly, information, and expression, are critical to protecting environmental rights. Corporate activity — especially that which is involved in projects like gas pipelines, mining, or extraction — has been known to stifle people’s human rights. Perhaps the clearest example of the link between human and environmental rights is the one involving a Sterlite plant in Thoothukudi, Tamil Nadu, where people protesting the environmental and health hazards of the plant were shot and killed by the police.

Moreover, climate change — exacerbated by environmentally destructive activities — has created a generation of climate refugees, and concocted newer inequalities therein. In India, negotiations over land and forests are fraught along caste lines, too — with marginalized communities and tribes often facing violence and displacement in service of land being appropriated for commercial use.

Indigenous people, then, are the link between the environment and human rights. In the first place, colonialist modes of thinking separated the environment from human concerns. Ecofeminist and indigenous scholars have noted that our current approach toward climate change is still sorely lacking: “Not only do current global, national and local systems of governance and law fail Indigenous peoples, they fail all life,” notes one study.

Indigenous activists have proposed an alternative framework, embodied in the Universal Declaration of the Rights of Mother Earth. The document uses what’s called an ‘Earth-jurisprudence’ model — and it’s one that proposes an eco-centric direction for governance across the world. “These approaches challenge the status quo ideas of modernity, capitalism, patriarchy, and consumerism that arise from the view that humans are separate from nature,” scholars add.

The Australian development then becomes significant: building on a foundation that recognizes the link, it’s gone a step further in stopping a destructive outcome based on it. Indigenous knowledge and philosophy on the climate and the Earth thus provides an actionable framework to achieve justice — not only for humans, but for the planet itself.