Is This Normal? “I Hate Hugs” 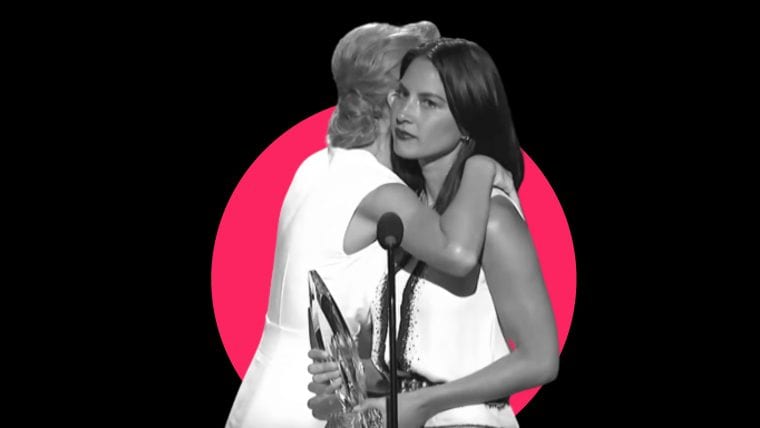 Hugging makes me extremely uncomfortable. For starters, my brain simply cannot fathom the appeal of being physically squeezed by fellow human beings as an expression of affection. And, if I suddenly find myself at the receiving end of an embrace, I freeze as I try to grin and bear it. On the other hand, if I do reluctantly initiate a hug to fit into this world full of raging hug-aficionados, I have no idea how much to lean in, or what to do with my hands — do I pat the person? Do I stroke them? Or, do I just awkwardly park my hands on their back? Is this normal?

Yes — turns out, not everyone appreciates a “jadoo ki jhappi” (“magic hug”).

Experts believe that upbringing plays an important role in whether or not an individual grows up to appreciate hugs, or any affectionate, physical touch. In fact, a 2012 study, which stated that “hugging is an important element in a child’s emotional upbringing,” found that people raised by physically affectionate parents were more likely to be huggers in adulthood. “In a family that was not typically physically demonstrative, children may grow up and follow that same pattern with their own kids,” according to Suzanne Degges-White, a professor of Counseling and Counselor Education at Northern Illinois University, in the U.S. And, other experts say these formative childhood experiences can have certain neurological effects. The feeling of calmness and well-being that people associate with hugs is due to the release of oxytocin. Not experiencing physical affection while growing up can lead to an underdeveloped oxytocin system, which leads to individuals not learning to appreciate cuddles, Darcia Narvaez, a professor of psychology at University of Notre Dame, explained to Time.

Social anxiety, can also play a role in people being hug-avoidant. “People who have higher levels of social anxiety, in general, may be hesitant to engage in affectionate touches with others, including friends,” Professor Degges-White said. In fact, someone ‘reaching out’ through unexpected hugs, can make the discomfort of those who find themselves overly conscious, or anxious, in social situations, even worse on account of the focus and attention the hug directs onto them. Further, sometimes, for people suffering from anxiety or depression, the levels of oxytocin, or the ‘cuddle hormone,’ are already so low that physical affection doesn’t provide a discernible boost to it — taking away the incentive for physical bonding.

Is This Normal?: “Every Time I Start to Feel Happy, I Get Scared Bad Things Will Happen”

Being averse to hugs can also result from trauma, experts believe. “These experiences are all stored in the body, and they interfere with experiencing pleasure from touch… When trauma is stored in implicit memory in the body, people don’t like to be hugged or touched. It makes them feel out of control and vulnerable,” Aline Zoldbrod, psychologist, explained. However, besides severe physical or sexual trauma, even microaggressions, or experiences of being bullied, objectified, or teased about one’s physical appearance, can also lead to one being averse to hugs.

Some people also suffer from haphephobia, which can make hugs overwhelming for them, by spiralling into nausea, hyperventilation, or even, panic attacks — while it’s causes remain unknown, experts have hypothesized it as a result of trauma. For some people on the autism spectrum too, hugs can be uncomfortable. In fact, despite the diversity of experiences across the spectrum, reports suggest that touch, and by extension, hugs, elicits strong reactions from several people on the spectrum.

Amid the pandemic-spawned social distancing norms, while most of the world is lamenting the death of their favorite form of expressing affection — hugs — I find myself secretly rejoicing and hoping for a more hug-averse society.

Childhood | Hugging Is Bugging | Is This Normal? | social anxiety | trauma