For Worse Or Worse 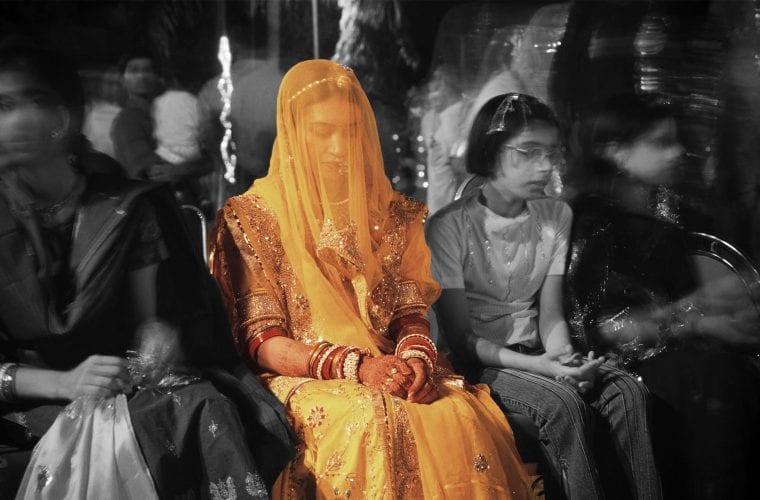 The concept of marriage brings with it a lot of baggage that needs to be negated, overcome, defeated. Is it worth it? (Image Credit: Getty Images)

Marriage is a deeply entrenched societal institution — one that is considered such an obvious milestone in life that we have only recently started to question its inevitability. But opting out of marriage is still, bizarrely, a stigmatized choice, one that garners questioning, scrutiny and even shame. Given all that marriage has traditionally and currently encapsulated — the dowry system, the subjugation of women in housework and childcare, the erasure of their name, identity, wealth and profession — it’s baffling how we’re trying to correct its foundational wrongs, rather than questioning its validity in an increasingly feminist world.

The origins of marriage looked at women as property

The world over, marriage began as a way to organize people’s lives economically and politically; the desires of the individuals participating in the institution took a backseat, writes Stephanie Coontz, author of Marriage, A History. She quotes historian Margaret Hunt, who said marriage was “the main means of transferring property, occupational status, personal contacts, money, tools, livestock and women across generations, and kin groups.” Livestock and women. Coontz adds, “For the propertied classes, marriage was the main way of consolidating wealth, transferring property, laying claim to political power, even concluding peace treaties. When upper-class men and women were married, dowry, bridewealth … changed hands, making the match a major economic investment by the parents and other kin of the couple.” In addition to wealth, another resource changed hands: the reproductive ability of the woman, with the likelihood of divorce increasing if the couple remained childless for long, Coontz writes. In heterosexual marriages, men benefited from the cash and land women brought with them, while women gained the economic security accorded by the man (as women have traditionally not been allowed to work outside the home).

In these considerations, love was hardly ever the reason people got married, Coontz writes, which made the purpose and primary focus of marriage a transaction — one that solidified gender roles and determined a strict division of labor within the home. Women took care of childcare and housework, and men earned the bread and butter for the household. In many parts of India, the current reality isn’t very different: women are transferred from their parents’ homes to their husbands’; they go from sporting their father’s middle name to their husbands’; they shoulder the burden of unpaid housework disproportionately while being required to abandon their educational qualifications and ambitions for a professional, paid career. While marriage’s ability to entrench gender roles is egregious, its perceptions of women as property also condone sexual and reproductive violence against women. Marital rape is still not recognized as a crime in India. Women also find it difficult to get contraception or an abortion without their male partner or another family member’s consent. The purpose of marriage, as we know it today, has evolved from a transaction to being above love — but the gender roles entrenched in marriage have not progressed, neither has the legal system that has failed to catch up with the times and accord women the dignity and respect they deserve as human beings.

What Google Search Tells Us About the State of Indian Marriage

Scholars argue marriage, as we have known it for 5,000 years, has already been overthrown. With the advent of the 18th century, marriages started occurring through love, and engaged in for emotional, instead of financial, security, Coontz writes. As people started prioritizing intimacy and affection with a married partner, the lack of it became more and more intolerable; it’s when people started considering divorces, and in later centuries, considering marriage as optional if they didn’t receive intimacy and experienced attraction from others, Coontz argues. In the same evolutionary era, marriage also became a vehicle to promote equality, for example, when Dr. B. R. Ambedkar said in his famous “Annihilation of Caste” speech: “the real remedy for breaking caste is inter-marriage. Nothing else will serve as the solvent of caste.” People who entered into marriages were also given special treatment from the state and from religious institutions — be it economic benefits or greater social acceptance.

As the concept of choice took root, these perks started cropping up. But making the anti-marriage choice still remains taboo — more so for women, of course. Unmarried men are called bachelors, their existence less stigmatized; for women who don’t marry, there exists no such neutral word — “spinster” mostly evokes lonely cat lady vibes, which pop culture has drilled into us is a bad thing. The only societal acceptable option, then, at least for feminist women who are conditioned, as everybody else, to want marriage is to find men who are aware of and invested in dismantling rigid gender notions, and work to make their marriage progressive.

Marriage is evolving, as Coontz writes, into an institution we have never had before, something we don’t recognize. But the foundation of it is still rooted in patriarchy, an oppressive ideal that no amount of feminist correction by its participants can fix. Even in feminist marriages, constant mental labor is involved, especially for the woman. In a study of feminist heterosexual marriages, researchers found that five types of vigilant behaviors were engaged in by couples, and the extent to which they adhered to progressive values defined their happiness and determined division of labor in the household. Most of the couples practiced three behaviors they said helped establish equality in their marriage — “critique of gender injustices,” in which the couples reported engaging in dialogue about pop culture and societal gender norms; “public acts of equality,” in which they demonstrated equality by keeping different last names or making financial decisions equally in self — as well as family interest; “support of wives’ activities,” in which the husbands positively reinforce their wives’ professional and personal goals. Fewer couples reported engaging in the other two behaviors: “reflective assessment,” or, monitoring their individual contributions to the marriage, such as equal distribution of childcare and housework; and “emotional involvement,” or, engaging in effective verbal communication about individual needs and desires. A direct result of failing to adopt the last two vigilant behaviors resulted in a stricter, more traditional division of labor in the household, and such couples reported less closeness with each other than the couples who engaged in reflections and emotional exchange.

“Women are the marital partners responsible for a family’s emotional intimacy, for adapting their sexual desires to their husbands’, for monitoring the relationship and resolving conflict from a subordinate position, and for being as independent as possible without threatening their husbands’ status,” researchers concluded. “This study confirms a distinction between ideology and practice of equality within heterosexual marriage of feminists. The practice of marital equality in terms of outcome –that is, sharing the [domestic duties] — does not automatically flow from a stated feminist ideology of equality.” Basically, believing in equality did not automatically negate the gendered tendencies and roles traditional to marriage; being feminists didn’t automatically make these couples’ marriages equal, because they experienced problems shaking off the gendered conditioning they had grown up with.

Have Young Indians Found a Secret to a Happy Marriage?

The researchers ask the following questions to those wondering if their marriage is feminist: “Do both partners critique gender injustices? Does a woman’s feminist voice have a home in her marriage? Does she have the freedom to participate in feminist conversations with her husband? In what symbolic and public ways does the couple demonstrate their goal of marital equality? Is the woman’s educational and financial well-being supported and advanced? Can the woman leave the marriage and continue to care for herself and children? Do both partners reflect upon their contributions to the marriage and correct imbalances? Are domestic tasks and childrearing shared? Do both partners do the emotional work of the relationship? Do they have the individual skills necessary to establish and maintain emotional involvement?”

If these basic practices that enforce equality and accord respect to all parties seem insurmountable or impossibly difficult to accomplish in a marriage, maybe it’s time to reevaluate the institution. As of now, marriage serves as a vehicle to perpetuate ideologies that make the above impossible to accomplish.

Coontz writes that the institution of marriage is going through a “world-historic transformation;” with the introduction of love and choice and the inclusion of non-heterosexual couples’ rights to marry — marriage has been detraditionalized. But that repurposing is still through the lens of correcting the wrongs of an institution that began by looking at women as property. The purpose of marriage, and the reasons for which people get married might have evolved, but the entrenched gender roles have not. While research shows it is possible to exist within a marriage as a feminist, the concept of marriage itself brings with it a lot of baggage that needs to be negated, overcome, defeated. Is it worth it?