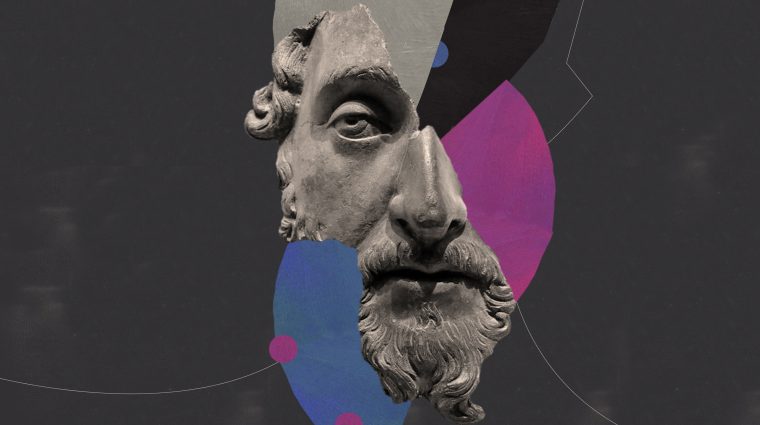 The worst thing you could tell someone in duress is to “Keep Calm and Carry On.” Yet, the insufferably smug slogan has found itself translated into one of the most recognizable meme formats to comment on everything — from ISIS to the Covid19 pandemic. The slogan’s origins date back to World War II — the British Government wanted to hang the slogan on posters in areas that would be targeted by German bombers. Although the phrase didn’t make the final cut, the slogan did make a comeback in the 2010s as a response to British austerity measures, and now, it’s practically everywhere. In his book The Ministry of Nostalgia, author Owen Hatherley commented on how the slogan personified the stiff, patrician nature of the British and called the slogan an attempt at ‘consumer stoicism’ or highly self-aware attempts at showing virtue through a crisis.

The popularity of the ‘Keep Calm’ cliche today speaks to the current appeal of repression and stoicism. Considering how society has always either disregarded or dismissed male emotion, it is no surprise stoic behavior has now come to be viewed as an attractive masculine ideal. Stoic-ness exists as a pillar of traditional masculinity alongside competitiveness, dominance, and aggression. The ‘ideal’ man is supposed to be rational and indifferent to crises at all times. However, the emotional labor of portraying a stoic, masculine ideal is a ticking time bomb for physical and mental distress.

Ironically though, modern-day understanding of stoicism finds its origins in the ancient Greek philosophy Stoicism, focused on a set of ethics that prioritized mental tranquility and moral certainty above all. However, there is a rather large disconnect in how this philosophy translates to social behavior in the modern day — to encourage ‘Keeping Calm’ is to expect people to grit their teeth stoically and bear it all — even in the event of their homes getting bombed in wartime. Philosophers identify this difference between Stoicism (the philosophy) and stoicism (the behavioral ideal) — commonly observed by a capitalized ‘S’ versus a lower-case ‘s’. While such semantic differences are usually only relevant in academic spaces, Stoic versus stoic contributes to real-world implications like misleading men searching for answers amid an identity crisis.

Modern-day or neo-stoicism finds itself represented in the productivity cultists at Silicon Valley,  the anti-feminist underbellies of the Internet, and the average modern man attempting to eke out an identity. Author and philosophy professor Massimo Pigliucci categorizes these neo-stoic offshoots as ‘$toicism, Broicism, and stoicisM.’ He elaborates, “The first one is a distortion of Stoicism that is employed to achieve wealth and fame; the second one is a different kind of distortion, which makes Stoicism into a precursor of and philosophical foundation for ‘men’s rights’ nonsense; while the last one is a potentially even more dangerous distortion that turns Stoicism into a tool for military training and aggression.”

In stark contrast, ancient Stoics valued respect for community and empathy as virtues. In his text On Clemency, the Stoic philosopher Seneca says, “No school has more goodness and gentleness; none has more love for human beings, nor more attention to the common good. The goal which it assigns to us is to be useful, to help others, and to take care, not only of ourselves but of everyone in general and of each one in particular.”

The Stoics also shied away from overt displays of wealth — Marcus Aurelius gave away most of his fortune while his empire was in peril. Moreover, although the Stoics were old white men with social and intellectual authority, they held progressive (if misguided) feminist ideals.

The slow shift towards a change in gender values, especially magnified in conversations online, has led to a growing identity crisis for men, who have occupied the dominant social position for millennia. A return to ‘traditional’ values of masculinity is frequently offered as a solution for men suffering from identity crises. Conservative public figures like Jordan Petersen espouse a return to traditional, stoic moral values that men can use to reassert control over their lives. This particular search for traditional control is merely a tool of suppression, as Pigliucci showcases using the example of r/marriedredpill, in which a man is encouraged to remain indifferent how his wife ignores him and look for sex elsewhere if there’s a rift in his marriage. The mental labor of constant suppression is immense — men who do so are far more likely to be lonely, depressed, and suffer from the physical health manifestations of such behavior, including cardiovascular problems.

There’s no better example for the harms of neo-stoicism than cult masculinity icon and ad-man Don Draper from the T.V. show Mad Men. Men loved Draper because he kept his cool through professional crises, was a productive and creative businessman, and because both of the above traits frequently charmed beautiful women. Yet what nobody saw was Draper’s inner turmoil, and how his behavior worsened it. He could never reconcile himself with who he was, his relationships suffered and he could never achieve his own standards for what a good family man embodied. Draper’s personna is far more an exaggerated showcase of the perils of performed masculinity, than a roadmap for what an ideal man looks like.

Ironically, though, it is perhaps a return to traditional Stoic philosophy that could help save men from the stress of such neo-stoic masculine performance. The Stoics, ranging from Zeno to Marcus Aurelius were strong proponents of facing and working through emotional turmoil rather than ignoring it. In fact, Stoic philosophy influenced modern psychotherapy practices like Cognitive Behavioral Therapy (CBT) and Rational-Emotive Behavioral Therapy.  Research shows that individuals who sincerely engage with Stoic texts have, “an average 13% increase in resilience, along with an increase in life satisfaction of 14%, an increase in positive emotions of 11% and a decrease in negative emotions of 15%. Some men have argued for the value of Stoicism in their struggle with depression, and psychologists have read out Stoic texts to groups of seriously and persistently mentally ill (SPMI) male patients and recorded a positive material response. Feminist philosophers have also argued that Stoicism is a form of male emotional labor — it helps men practice a type of emotional regulation that lends positive benefits to heterosexual relationships.

Leadership coach Kare Anderson says Stoicism was “built for hard times.” A crisis of identity definitely qualifies, and deserves the kind rationality of the Stoic, rather than the harsh austerity of the traditional man. In the current world wrecked by social/political confusion, climate insecurity, and a pandemic — perhaps a philosophy that prizes individual questioning, virtue, community, and ethics above all is a necessary balm. That is, as long as the philosophy comes straight from the mouth of philosophers, rather than Internet forums.