Cannes She Do It? 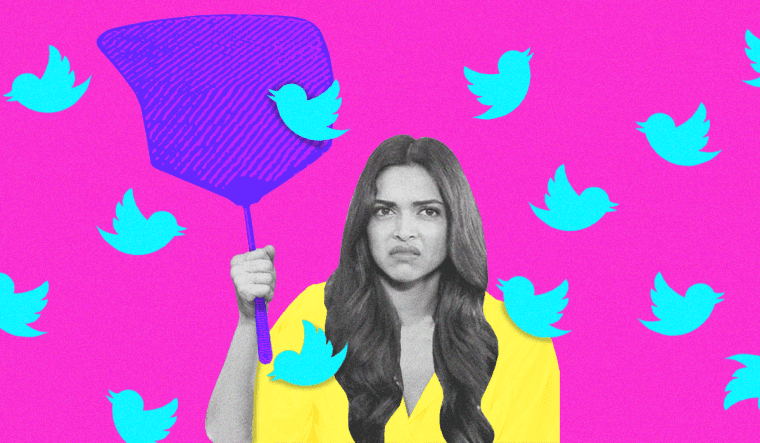 The men are not alright. A woman they spent years trying to discredit as anti-national and as a “druggist” just announced her place on a reputed film festival’s jury. The actor, who won several awards and accolades for her filmography, is currently under the fire of condescension and disbelief by some men online, who believe she may not be qualified. Indeed, it is hard to beat the qualifications of these men, who can be forensic experts, political analysts, patriots and scientists all at once, while trying to denounce her. As she represents the country internationally, her highly accomplished critics feel they have been blindsided that the film festival did not consult them prior to the selection. It remains to be seen how the festival will recover from the grievous blow to their credibility.

Decades of Feminism Failed To Consider Barbie as Live-action Film

A much anticipated live-action film released a first look of its titular character this week — a blue–eyed, blonde–haired woman in a shockingly pink convertible. She is Barbie, and she is here to liberate us from ever needing feminism again. Not much is known about the film other than the fact that it stars two of the most beautiful people in the world as two of the most beautiful toys in the world. It is possible that the film will subvert beauty and be a feminist reclamation of a toy that ruined most girls’ lives. On the other hand it could also be a meta–textual comment about living in plastic — showing how we are all, under capitalism, living under plastic that is choking not only our water bodies but also our bloodstreams. It could also be about the commodification of women under neoliberalism where we are all reduced to dolls and playthings. Until we find out, however, there is the still of a perfectly, flawlessly gorgeous woman pretending to be a long-irrelevant toy to admire. Imagination, life is your creation.

A man we know too much about has just signed on to a semi-autobiographical television series. Reports suggest that as someone approaching his 30s, he would be buried in show business if he does not immediately mark the new decade of his life with his own self-actualization. Many men have tried and failed in this endeavor. That is because the tradition is a long and storied one, in which men realize the world will forget about them unless they turn its attention toward their own lives and observations. It remains to be seen how a man whose love life, tattoos, traumas, and beefs have overwhelmingly occupied the cultural conversation has yet to tell us something new.

If you’re feeling a sense of déjà vu, you are not alone. A costume party that began in the second half of the previous year is going ahead with a sequel that nobody asked for this year. The ceremony was rather unceremoniously cut into two due to unforeseen events — such as a global catastrophic pandemic that, by then, had claimed millions of lives. But no matter, because costume parties are not about to allow such things as disease and starvation to be party poopers, as they were. Rulers of the zeitgeist promptly scooped up the bad vibes to regroup once again — as the rest of the world holds its breath, waiting for the sweet release of death.

Twitter is abuzz with proclamations of love — this time for a single man, currently on trial for allegedly abusing and being abused by his former partner. Taking a hard pivot from their staunch belief in the religion that is “due process,” however, Indian men are finally taking a stand — recognizing systemic gender discrimination, flaws in the legal system, and society’s tendency to disbelieve survivors’ testimonies. So far, so good — until the men began to passionately wax eloquent about how men, in fact, are on the receiving end of these series of injustices. They then began to identify as the actor himself, trending “I Am Johnny Depp” on social media. Indeed.