The Buzz Cut: The Entrepreneur Spending Millions to ‘Biohack’ His Way to Living for 180 Years 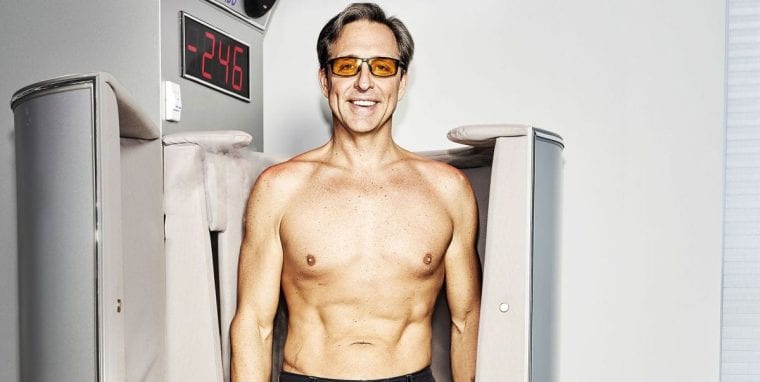 Dave Asprey, the founder of Bulletproof Coffee, spends his days bathing in infrared light, taking 100 supplements a day, injecting his own stem cells into himself every six months, and hanging out in a hyperbaric oxygen chamber. Why? Because he plans on living to 180.

“What is sick, the context or the person?” asks Dr. Samah Jabr, chair of the mental health unit at the Palestinian Ministry of Health. She points out that the concept of PTSD doesn’t necessarily apply to those for whom trauma is an everyday occurrence.

Facebook’s 10-year challenge meme was all over the internet, a harmless form of retrospecting how much a person has changed over a decade. Or was there a more sinister motive at play?

Hostage negotiations are a tricky business. But when people’s lives are at risk, is it time for the US and UK to rethink their official policy of never giving into kidnappers, even when the result is death?

Frieda Pinto’s refreshing interview has her critiquing the string of stereotyped roles in her films after Slumdog Millionaire, and the drawbacks women face in the film industry.

Broad City ends on a high note, with our faves Ilana and Abbi at their best, proving that TV shows need to know when to call it quits rather than fade into irrelevance.

The #hustle has now become a lifestyle, where work is treated as religion and offices as church. Companies create a culture where productivity must be 24/7, being ‘off the clock’ doesn’t exist, and enthusiasm is a must.

Have you ghosted someone before? Or been ghosted yourself? Check out Buzzfeed’s data-driven dive into why we ghost, how we ghost, and the emotional debt owed in the bargain.

Jamie Beckenstein’s beautiful essay explores the boys he’s loved, and the fine line between wanting to date them and wanting to be them, before he came out as a trans man.

But Why | The Buzz Cut