Go Yeezy On Him 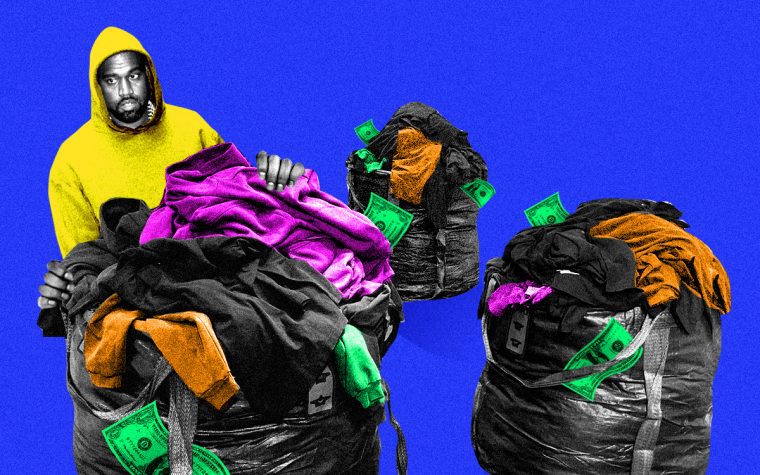 In the marketplace of ideas, there are winners and there are winners who buy the whole marketplace. One rapper recently showed that he is a winner of the latter variety, when he came up with the idea of selling homelessness inspired high-fashion. The idea was one that occupied all the real estate in the marketplace, pushing all other ideas into homelessness. But this is a good thing, because homelessness is now chic, according to the multimillionaire currently profiting from its aesthetic. He has no apologies for selling new apparel out of trash bags; the display itself aligning with his minimalist aesthetic. This, in turn, is reportedly inspired by other things currently in a minimalist phase: healthcare, job security, employment, and overall human well-being. This season, trash bags are cool — a much needed temperature against an otherwise hot climate that threatens to swallow humanity whole.

Comedian’s Show Is Killed by Own Kindness

A comedian who won her country’s highest civilian honor for being kind has been so kind as to be the recipient of the phrase “kill them with kindness.” When her talk show was cancelled after she herself was — following allegations of workplace toxicity, bullying, and harassment — a second show was recently cancelled after a short, kind run. Reports suggest that she did not take this kindly, in a radical departure from her usual gestures of kindness such as pranking guests with practical jokes and enabling a hostile work environment. Her kindness towards a war criminal — who has indirectly killed actual people — also remains a milestone in her kindness career, which now may sadly be coming to an end.

A country known for its “996” work culture — that’s 9am to 9pm, six days a week — has now urged its youth to drink alcohol. The encouragement is to boost alcohol sales in the country — a figure that has reportedly gone downhill, presumably on account of the fact that its citizens are too tired or too dead from overwork to drink. The country’s bid to make more money for a few companies at the cost of public health is not unlike its own culture of work, that forces people to make money for others at the cost of their own happiness. Fortunately, the two can now go hand in hand where young people will no longer be required to remember their misery the next day, and can begin their drudgery again with a clean slate.

A woman who also happens to be the Prime Minister of a country was recently seen being a Prime Minister who knows how to have fun and relax. She was then brutally reminded that it in fact remains illegal for women in her position to have a modicum of a personal life, and to be seen dancing is against the law. The laws in question form the skeleton of an ancient rulebook — patriarchy — that has governed much of the world for time immemorial. According to these rules, women being happy is a threat to society — especially one as high-ranking as this woman. What, after all, would be the state of the economy if she sings? What of national security, that stands on shaky ground as the woman enjoys a few hours of freedom? The rulebook fortunately has answers for this predicament, and its loyal adherents have already begun to enforce it.