The Difference Between ‘Asocial’ and ‘Antisocial’ 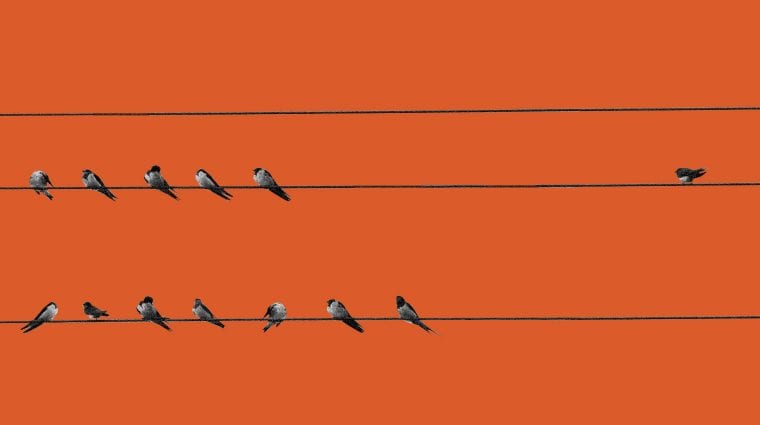 Colloquially, the terms ‘asocial’ and ‘antisocial’ get used interchangeably, to describe someone who isn’t motivated by social interaction. But in both their dictionary definitions, and a clinical mental health context, these terms have starkly different meanings.

The prefix ‘anti’ means against; ‘a’ means without, or lack of. While ‘antisocial’ denotes preferences against society, or social order, ‘asocial’ refers to individuals who aren’t social. Dictionaries define antisocial behavior as “contrary to the laws and customs of society, in a way that causes annoyance and disapproval in others,” or “marked by behavior deviating sharply from the social norm.” But, an asocial person is one, who is “not interested in forming social groups, or connections with others.” But, asociality shouldn’t be confused with introvertism either because, unlike asocial individuals, introverts can crave company of others. While being antisocial appears to be a more active characteristic, being asocial is more passive. These characteristics can occasionally overlap, but don’t necessarily.

To put it simply: ‘asocial’ suggests a withdrawal, marked by indifference, from society. Being asocial is a personality trait — resulting either from a lack of motivation to engage in social interactions and activities, or a strong preference for solitary activities. Being antisocial suggests active hostility towards society, and can in some instances manifest in the form of a personality disorder (called Anti-Social Personality Disorder, or ASPD).

For People With Social Anxiety Disorder, Everyday Interactions Are a Source of Fear

ASPD is diagnosed by behavioral symptoms, some of which overlap with the personality traits of psychopathy. According to the fifth Diagnostic and Statistical Manual, or DSM-5, symptoms for ASPD focus on a pattern of behavior signalling a willful disregard for others, including: disobeying laws and norms through criminal activity, deceiving and manipulating others, acting impulsively, physically assaulting others out of irritability and aggression, showing little concern for the distress of others, behaving irresponsibly, and also, displaying no remorse for these behaviors.

According to Mayo Clinic, ASPD can, generally, be traced to genetics, or a traumatic childhood, involving violence, abuse, neglect, or a chaotic family life. In addition, adults with ASPD are often found to have been diagnosed with conduct disorder as children — characterized by difficulty following rules, respecting the rights of others, showing empathy, and behaving in a socially acceptable way.

Asociality is also a term used in clinical practice, because it can sometimes manifest as a symptom of schizophrenia, avoidant personality disorder, or autism spectrum disorder, among others. But, even in clinical scenarios, to refer to individuals demonstrating asociality, developmental psychologists often use the the terms ‘non-social,’ ‘unsocial,’ and ‘socially uninterested’; but not ‘antisocial.’

The Difference Between Sexism and Misogyny, and Why It Matters

So, the next time you want to avoid company, you might not want to say, “I’m feeling antisocial today.” If you’re just not in the mood to socialize, the word you’re looking for is: asocial.