Hum Do Hamare Do

The History of Birth Control in India Was Never About Empowerment 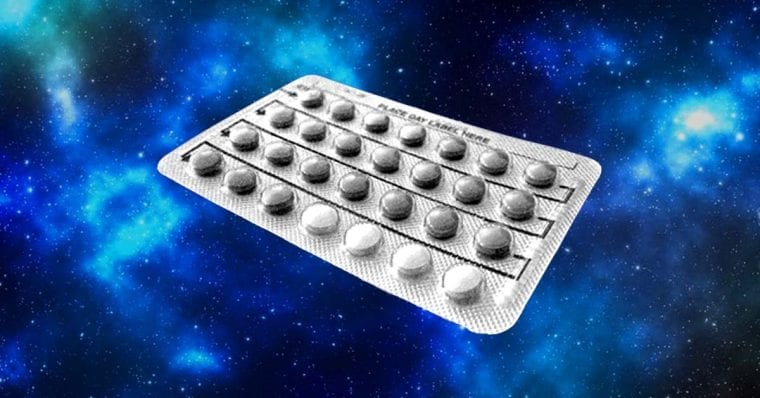 Good history invariably makes us rethink and revise something we have always considered to be true. It tells us that what we believe to be the truth must frequently be accompanied by a ‘conditions apply’ disclaimer. In her book Reproductive Restraints: Birth Control in India, 1877-1947, historian Sanjam Ahluwalia, of Northern Arizona University, explains the evolution of her views through her research into the history of birth control and contraception in India. Hoping to document how Indian women triumphantly wrested control of their own bodies and fertility in a patriarchal world, she says she ended up discovering how birth control has been “part of an elitist agenda that actually restrained [mainly poor and working-class] women from exercising control over their own reproductive capacities.”

Mainstream discussions on birth control in India — i.e., those engaged in by elite, ‘middle-class’ persons — do not incorporate, to quote Ahluwalia, the ideals of “justice, choice, freedom, sexual autonomy, or reproductive rights” equally applied for all. Put simply, birth control first began to be talked about in our country as a national necessity by elite Indians, and not voluntarily expressed or demanded as a personal necessity by ordinary Indians. This asymmetry has left a lasting legacy when it comes to how we think about family planning and the so-called population problem.

An important aspect of this history is its dominance by men. In fact, the earliest advocates of birth control in India were elite, educated men who expressed their ideas and opinions in a massive corpus of writings. For many of them, the most important impediment to India’s progress was its so-called overpopulation, which they blamed on working-class, poor Indians. To quote one of them, Narayan Phadke, from his 1927 monograph “Sex Problem in India”: “When our eyes fall on street loafers who make their bed in the gutter we find them bearing more children than the rags with which they cover their shame, and are reminded of the bitch that breeds kennelfuls of puppies four times a year.”

Gopaljee Ahluwalia, a professor of biology, considered “irresponsible breeding, particularly among the middle and poor classes” as the main reason for India’s poverty in a 1923 article. The title of his paper, “Indian Population Problem: Selective lower birth rate, a sure remedy of Indian extreme poverty,” clearly shows that specific groups of Indians were selectively blamed for India’s problems, while political failures and broader social and economic inequalities were ignored. Eugenic attitudes, too, were common in early 20th century India. A.P. Pillay, editor of the journal Marriage Hygiene, opined that philanthropic efforts to assist the poor were helping the “unfit” to survive and leave behind “tainted descendants.”

Birth control began in India not as a free choice by individuals to manage their fertility, but as a compulsory prescription by elites to manage the nation’s fertility rates. As Sanjam Ahluwalia notes, there was little in the writings of these men that sought to empower and improve the socioeconomic conditions of the underprivileged women (and men) they blamed. Most of the emphasis was on reprimanding India’s poor and subjecting them to what the elites considered was ‘good’ for them and for the nation. Novelist Salman Rushdie, too, seems to have picked on this condescending aspect of the family planning discourse. At one point in his novel Midnight’s Children, in a scene set in 1947, the gynecologist Dr Narlikar says: “Birth Control is Public Priority Number One. The day will come when I get that through people’s thick heads, and then I’ll be out of a job.”

By the time Indian women could begin contributing meaningfully to this discourse, its tone (the “oppressive trajectory of birth control,” as Sanjam Ahluwalia writes) had already been set. Importantly, for a variety of reasons — including the patriarchal nature of the Indian freedom struggle and its dominance by conservative-minded men like Mohandas Gandhi — many women activists and feminists found it difficult to express freely all their thoughts on birth control and female sexuality. It was feared that a strong emphasis on feminist politics might divert attention away from nationalist/ independence politics and might be read as a declaration of a gender-based confrontation in India.

Some women also upheld the eugenic and selective contraception arguments professed by their male counterparts. Lakshmi Menon, a regular commentator, believed that overpopulation per se was not a problem, but the rising numbers of working class and other marginalized groups were. Begum Hamid Ali, a member of the 1939 National Planning Committee, advocated the need to sterilize the “unfit” for the “larger social interest” of the nation.

Overall, this is a surprising and in many ways disappointing history. While it is tempting to employ these historical nuggets to demonize people from the past and ascribe current problems to their failings, our energies might better be employed to understand their legacies and disentangle our current beliefs and attitudes from them. (Besides, Sonam  Ahluwalia shows how some of the commentators modified their attitudes and positions over time).

Our disproportionate focus on the two-child policy, especially the belief that implementing it rigorously would solve many of India’s major problems, is one legacy we need to shake off at the soonest. British colonial officers first used the argument of India being ‘overpopulated,’ and famines being a result of that, to escape blame for their own administrative inefficiencies and negligence. They were heavily influenced by Thomas Malthus’s flawed predictions about population growth. This colonial line of thinking was repeated and formalized so much that it became ‘common sense’ for even the Indian elites, and, as received wisdom, it continues to influence our thinking to this day.

For more than two decades now, research has shown that positively manoeuvring social and economic conditions of communities, rather than negatively manipulating the reproductive organs of individuals, is a far more productive and compassionate approach. Consider this extract from a lecture given by economist Amartya Sen in 1995: “While Kerala and Tamil Nadu have radically reduced fertility rates, other states in the so-called ‘northern heartland’ (such as Uttar Pradesh, Bihar, Madhya Pradesh, and Rajasthan) that have much lower levels of education generally, female education in particular, and general health care, have high fertility rates — between 4.4 and 5.1. These states have high rates despite a persistent tendency to use heavy-handed methods of family planning, in contrast with the more voluntary and collaborative approach used in Kerala and Tamil Nadu.” [emphasis added]

Unfortunately, our obsession to control the reproductive choices of our fellow citizens continues to this day, evident from regular calls to bring in compulsory government-mandated birth control in India. It is high time we realized that, as a group of JNU PhD scholars recently wrote, “vikas is the best contraceptive.” Kiran Kumbhar is a former physician who now studies history of medicine at Harvard University. His primary research looks at the cultural history of medicine and of the patient-doctor relationship in post-1947 India. He also writes on public health and Indian history, and has been published in the Times of India, The Wire, and Scroll among others. His articles can be found at kirankumbhar.com.

See all articles by Kiran