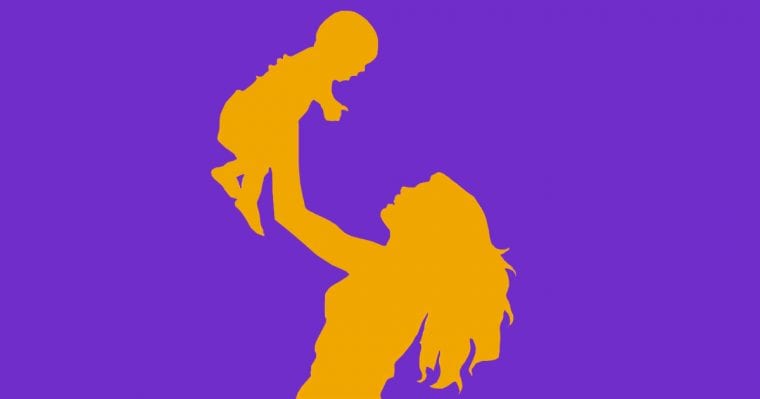 Six years ago, as I pushed my way through labor and felt everything familiar rush out from the inside of me like unregulated thoughts, I knew I had signed up for something I had no idea about. Since then, one more birth and a divorce later, I have ping-ponged my way through my own explosions of emotion, not at all amused that Philip Larkin was probably talking about me when he started his famous tongue-in-cheek poem, “They fuck you up, your mum and dad.” And I have found that my hardest work as a parent has been to constantly encounter in society this poetic judgment of motherhood – in my case, single motherhood – and give it new meaning.

Getting a divorce in India means you are pretty much on your own. There are those lucky few with families (like mine) who will support the decision, but it is a support professed mostly behind closed doors. In the outside world, it is carried around like a secret, passed around to a few, like a select group playing Chinese whispers till the story of your divorce is so far removed from reality that you clam up, too, with a different kind of secret. And the anger of being misunderstood, or being too understood, sets in and festers like a ticking time bomb.

With or without a divorce, anger is a pretty big part of motherhood in general, thanks to continuous days of extreme exhaustion with the pressure of needing to be at the very best or else the machine gun of guilt will get you. But what a divorce does is put the anger in the middle of the room. There is no tip-toeing around it or nudging it away into a corner. It sits there, pulsing with a life of its own like a newly-evolved mutant.

I have struggled with anger before the divorce and now after the divorce – and I am nowhere close to understanding this beast. It’s almost as if it is coming from somewhere else – how can it be me?

“Who moved this book from here?” I bark. “Who spilled water in the kitchen?” I can see their little bodies jerk at the volume of my words, and then freeze, waiting for me to surf this wave of anger. Their eyes hold the lifetime of trust they have come with, which I am so casually breaking and tossing away.

With or without a divorce, anger is a pretty big part of motherhood in general.

In retrospect, my outbursts of rage at these mundane things seems like evil on par with a Nazi concentration camp, and the abyss of guilt that comes after, like a mountaineer hanging off a cliff for life. The loneliness in the vast expanse of the universe, then, is more crippling than the realization that I might have scarred my children for life and there is no way I can erase it from their soul memories.

So instead of fighting it, I have accepted it as something that is going to be a part of our lives. It sounds simple, I know. And yet, the more I fight it and battle monsters of guilt – I am such a bad mother, the children don’t deserve me, I should have never had them – the more I crumble; and the more I accept it, the more I can pick myself up and move ahead to a slightly better version of me. It is like Sisyphus and his boulder. You think you are getting somewhere, you think you have reached the peak of this mountain and have conquered it, but you start again the next day.

Along the way I meet things like Guilt, Confusion, Frustration, Helplessness and the likes, but the point is to keep going. I know I will begin the journey up the mountain again the next day, and the boulder is not going to keep getting smaller or lighter (lest we forget the teenage years), but my hope is that the path gets smoother with time, so that when my children walk it, it is easier on the feet. And so that my children also know the walk is inevitable. As mothers, we spend so much time and energy in keeping things joyful – because why wouldn’t you with those cute faces around you – that I am hoping a little bit of that energy I can also bring into learning how to move this thing in the middle of the room to maybe a chair in the corner. And that, it is okay if I can’t, it is okay if they can’t, it is okay that it exists, and it is okay to try.

My biggest fear as a single mother, is that the children will tell me I was the worst mother ever for choosing to separate instead of continuing in a toxic marriage.

When I see my son erupt in anger because his sister is simply refusing to play the way he wants, or when I see my daughter scream at new decibel levels – because, surely, the louder you shout, the more you are heard? – I see an echo of my own incompetence, like a miniature mirror keeping score: Anger: 10,000 points. Me: -200. And I remind myself that, eventually, my kids and I together will even out that score.

Though, the ‘it is okay’ thing is mostly like dust motes in the wind that you see clearly only in a beam of sunlight – the rest of the time you are wallowing in fear. My biggest fear as a single mother, apart from the fact that I will fail miserably in a motherhood contest (and believe me there are several), is that the children will turn around one day and tell me I was the worst mother ever for choosing to separate instead of continuing in a toxic marriage.

Most times, I feel that choice and fear are two sides of the same coin. An active choice means an active understanding of the consequences that come with it. Yes, my children can blame me, and yes, they can choose not to be with me, and yes, they can feel disillusioned with me, but those are consequences of the choice I made to apply for a divorce, to say no to an abusive marriage and to go against the popular Indian belief that anything is better for children than a divorce. But being aware of the consequences doesn’t necessarily mean being fearless of them. The fear is real, and maybe it is real for all mothers – am I doing enough, am I being a ‘good’ mother (there is no such thing), am I available at all times, am I teaching the right things, am I going to drop the baby. In single motherhood, though, there is an extra edge to the fear – am I doing more than enough, am I being more than a good mother, am I more than available, and I going to do something more than drop the baby. You feel the burden of the doubling of things because of the singleness of things.

Every choice and decision made is reflective of the single parent in custody of the children, and therefore every move you make, someone is watching you. And that someone, unlike Sting’s song, is you. You watch yourself — your every step, your every action, your every reaction, the words you speak and how you speak them, what you feel and how you feel them, and why you feel them, and where is it coming from and it is endless, this hamster wheel of doubts and questions. And, in between your own choice of mothering, you wade through the things you have heard and grown up with.

It is in that debris of words you find your own conscious meaning.

Philip Larkin was probably right when he suggested, in his poem’s conclusion, “don’t have any kids yourself,” but it is too late in my case. This fuck-up is delivering a monologue on stage under a spotlight, one held by little hands. My kids are watching and learning — and yes, maybe getting fucked up themselves – but also maybe, just maybe, being reassured that the one thing even fuck-ups can’t get wrong, is trying. Praveena Shivram is a writer based in Chennai, India, and currently the editor of Arts Illustrated, a pan-India arts and design-based magazine. Over the past 15 years, she has written for several national publications including The Times of India, India Today, The Hindu, Asiaville, Culturama and Biblio: A Review of Books. Her fiction has appeared in the Open Road Review, Jaggery Lit, Himal Southasian, Desi Writers’ Lounge, Spark, Chaicopy and Helter Skelter’s anthology of New Writing Volume 6. More of her work can be found at praveenashivram.com.

See all articles by Praveena