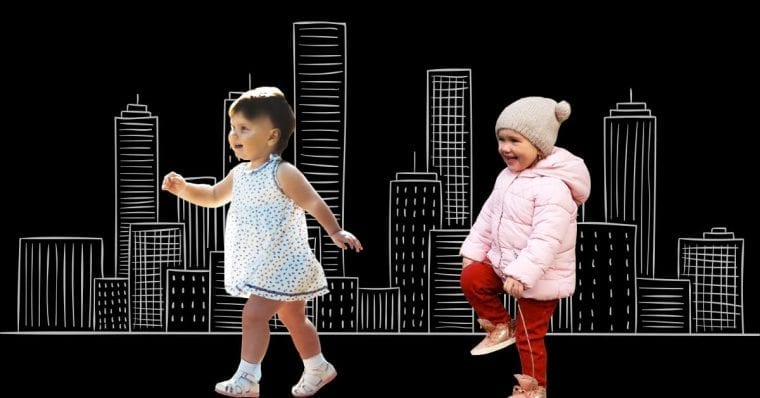 Children who live in more walkable neighbourhoods have a smaller waist measurement and a lower body mass index. This suggests urban design is a factor in the rise of childhood obesity, says a Canada-based team led by Tracie A Barnett of the University of Québec’s research institute, INRS, and infrastructure designed to encourage walking can help reduce it.

Features like pedestrian crossing lights, wider sidewalks, and signs to help pedestrians cross the road, are thought to have a great impact in making high-density neighbourhoods pedestrian-friendly. Such features can also encourage children to ride bicycles, play outside, and engage in similar activities, all of which help them burn off energy.

While the study focused on the city of Montreal, in Canada, the lessons for India’s crowded urban neighborhoods seem obvious — and urgent; obesity is on the rise among India’s comparatively wealthier urban populations, in part due to changing diets and, perhaps, in part due to sedentary lifestyles encouraged by its cities’ layouts.

This isn’t the first study to suggest urban design plays a role in the health and size of a city’s inhabitants. In 2014, a study found cities with “more compact street networks with smaller major roads are correlated with better health.” In 2016, a study of Lausanne, Switzerland, found obesity more prevalent among inhabitants of the city’s outskirts — areas with wider, more crowded roads, metro lines, and far from urban green spaces. (The Lausanne study controlled for other drivers of factors, such as age, race, education level, income level, and smoking and alcohol consumption.)

While no study has definitively linked urban design as a cause of either childhood or adult obesity, it is a likely factor — and one that would merit Indian cities’ attention. Childhood obesity is a growing problem in India; while accurate numbers are difficult to come by (the most recent National Family Health Survey did not explore childhood obesity), some estimates put it as high as 19% of all children. This is only likely to grow, based on the current and projected state of India’s urban areas. India is slated to have seven mega cities (cities of more than 10 million inhabitants) by 2030 — two more than its current number. And unfortunately, our metros not starting from a place of strength; as Samar Halarnkar wrote for Scroll (syndicated in Quartz) last year: “Every city is being denuded of its trees because there exists no plan or coordinating authority for roads, metros, flyovers, and parks for each city. From Shillong to Ahmedabad, from Srinagar to Rameshwaram, the urban governance crisis is visible and worsening.”

Roads are getting bigger and bigger; green spaces fewer and farther between; and safe and open spaces for inhabitants of all ages to move and exercise are growing scarcer right as we need them most.