Kink Outside The Box

The Psychology of Sexual Kink 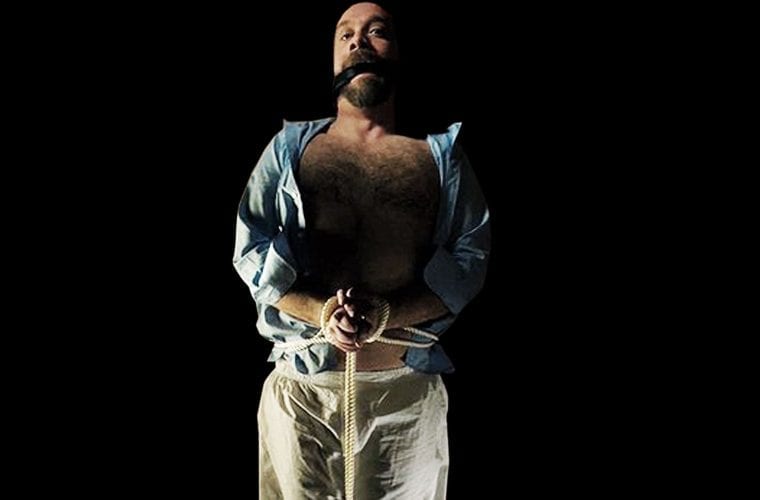 The kink sexual preference is a greatly stigmatized one, and the psychology behind it misunderstood. Kink is believed to stem out of trauma, which is false; it’s perceived to bastardize the tender idea of making love, again false; and it’s considered ‘freaky’ and ‘not normal,’ guess: false. Understanding how kink develops and what kinky people get out of it are initial steps toward normalizing an integral aspect of human sexuality.

Kink can develop innately in childhood, or be adopted later in life

If this identity development doesn’t occur early on, then it leads to internalized shame, causing anxiety, depression and suicidal ideation, Hughes says. He adds that young kinky people often feel like they are freaks, sick or evil for entertaining their desires. This is mostly due to the stigma and silence around kinky behaviors, which leads to rampant pop psychology pathologization of kink in media and the law. “Studying the identity development of kinky people can help us to better understand how kinky people develop resilience in the face of a world that often thinks of them as, at best, a joke, and at worst, violent criminals or mentally deranged,” Hughes writes in Psychology Today.

Let’s take the example of age play, one of the most stigmatized kink expressions, as it can involve adults dressing up/behaving as babies or toddlers in a sexual situation. It is classified into “ephebophilia, or attraction to older post-pubescent adolescents; hebephilia, or attraction to pubescents; pedophilia, or attraction to prepubescents; infantophilia, which is often considered a sub-type of pedophilia, used to refer to a sexual preference for infants and toddlers (ages 0–3, though some raise it to 5),” sex therapist David Ortmann writes for Alt Sex NYC Conference, an annual event that brings together scholars from the kink community to expand popular discourse around kinky identities.

A majority of the stigma against age-play arises from the conflation of pedophilia with child sexual abuse. The former is a sexual preference, while the latter is an illegal practice that harms minors who cannot consent. In age-play, the consenting, adult sexual partners act an age different from their own, for various reasons: those who act younger may want to be cared for, or disciplined or simply play an age that they feel most familiar with. For those who gravitate toward older ages, their instincts might arise from wanting to act as caregivers or protectors of their partner, fulfilling their partners’ desire to be disciplined, and myriad other reasons, according to ABCs of Kink.

Ortmann adds that he has treated such kinksters for 14 years, and the main reasons they seek therapy is “to be seen, to be heard, to recover from shame, discover how to have sexual pleasure without harming themselves or others.” It is important to understand that “age-play is a form of roleplaying in which an individual acts or treats another as if they were a different age, sexual or non-sexually,” Ortmann writes. The important thing to remember, he adds, is that it “involves consent from all parties.” There needs to be more research into the kink origins of age-play, which has historically been difficult to accomplish owing to the silence of the community that doesn’t trust outsiders easily. “Let’s work together to find language for the very in-the-shadows sexual minorities that allow for empathy, instead of evoking fear and disgust.”

Normalizing the kink for the person, and helping them find a like-minded or accepting partner, is most important, writes Rhoda Lipscomb, a certified sex therapist, in a presentation for Alt Sex NYC Conference. With those steps come self-acceptance, less anger, better sleeping habits and better relationship patterns for those involved.

People choose to harm themselves for a variety of reasons, Aaron writes: to alleviate negative emotions, to direct anger at themselves, to elicit affection from others, to interrupt feelings of being empty, to resist suicidal urges, to generate excitement, or to feel distinct from others. The bodily harm from when an individual inflicts injuries on themselves outside of a sexual context — what is called non-suicidal self-injurious behavior (NSSI) — is different from BDSM, mainly in the ways an individual feels after the hurting has happened, Aaron writes. NSSI can arise out of wanting relief from overwhelming feelings and wanting to distract emotional pain with physical. After inflicting pain for these unhealthy reasons, however, the individual feels broken or damaged, and more alienated from others.

For others, engaging in kinky behavior may help in dealing with past trauma. While the trauma itself doesn’t serve as a catalyst for developing a kink (which is a popular misconception), it can be alleviated through play. “For example, a sexual assault survivor might initially feel afraid, weak, and powerless during their actual sexual assault,” Hughes writes in Psychology Today. “However, simulating that assault via consensual roleplaying with a trusted partner can help them feel powerful (because they consensually negotiated and agreed to it, and can use a safeword to stop the scene), strong (because they feel they can get through whatever physical pain or intensity comes their way), and brave, for facing what can often be dark times in their past head-on.” A major part of it is “aftercare,” the word for the time and space kinksters use for emotional and mental health, often with their partners, after having engaged in BDSM. It involves “cuddling, talking, rehydrating, and ‘recentering’ oneself, which can help those who are using kink to overcome hardships process their experience in a healthy and safe environment,” Hughes adds.

Parents Everywhere Struggle to Talk to LGBTQ Kids About Sex

Kink can also help build an inclusive environment for queer folks. Hughes compares the identity development for kink to the way in which kids can realize their queer identities. The emotional stages are similar, including dealing with stigma and making positive associations with those realizations. BDSM as a sexual orientation is a popular hypothesis, explained as attraction toward specific activities or toward a role (dominant, submissive, switch) — be it the individual’s or their partners’, according to Daniel Copulsky, founder of sexedplus.com and researcher of social psychology. “Everyone has a sexual orientation in regard to gender because that’s how we’ve defined sexual orientation,” Copulsky writes in a presentation for the Alt Sex NYC Conference. “Everyone has a sexual orientation in regard to power, too, if we define it as a submissive, dominant, switch, or vanilla.”

Kink can also help marginalized communities feel more comfortable in their own skin. For trans people, their relationships with their bodies are colored by dysphoria, awkwardness, and trauma. For a group whose bodies and existence are unabashedly questioned, fetishized, or who are made to feel unwelcome in societal institutions, consent in a sexual scenario holds utmost importance.

“Consent is the explicit indication, by written or oral statement, by one person that he/she [or they] is willing to have something done to him/her [or them] by one or more other persons, or to perform some sort of act at the request or order of one or more other persons. In terms of sexual consent, consent may be withdrawn at any point, regardless of what has been previously negotiated orally or in writing,” licensed psychotherapist Laura Jacobs writes for Alt Sex NYC about a core kink principle.

Kink Outside The Box | sex | sexuality