Not In My Control 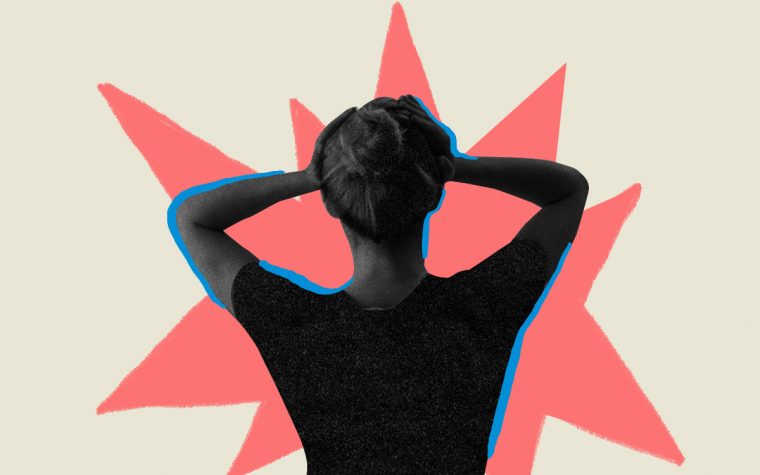 “The other day I experienced this strange and scary feeling. I was sitting at my desk. Nothing had happened recently to make me feel particularly anxious… I heard this sound, as if somebody called my name… I felt everything inside start to yell — no other word for it. My mind started to scramble, while I sat absolutely still,” Shreya Ramachandran wrote in The Swaddle in 2019, explaining what it’s like to live with anxiety.

Anyone who experiences anxiety knows how difficult it is to get rid of the overthinking, over-analyzing, over-worrying feeling. “Calm down,” “don’t worry,” or “don’t think about it” feel like empty phrases; they can’t get someone with anxiety to really calm down, stop worrying, or just chill. This might sound irrational to a lot of people — worrying while knowing there’s nothing to worry about — but that’s the way anxious brains function.

And now, there’s a study to actually back this. Published in Nature’s Communications Biology this month, the study found that “patients with chronic anxiety lack the ability to integrate contextual cues to guide [the] learning of threat and safety.” In other words, the brain is quite literally unable to regulate how it feels in “safe” environments as opposed to “dangerous” ones.

To demonstrate this, the team behind the study introduced the study participants to a simulated meadow — half of it had flowers with bees, the other half without. They found people were able to distinguish between the “safe” and “dangerous” areas. Yet, using fMRI, they noticed that participants, who had general and social anxiety, associated even the “safe” areas with danger or threat.

“The patients with an anxiety disorder could rationally say — I’m in a safe space — but we found their brain was behaving as if it was not,” said Benjamin Suarez-Jimenez, an assistant professor in the neuroscience department at the University of Rochester in the U.S., who was the first author of the study.

The research is among the first to test this idea in “complex, real-world conditions.” In doing so, it shows there’s more to anxiety than just “a lack of awareness of the environment or ignorance of safety… individuals suffering from an anxiety disorder cannot control their feelings and behavior even if they wanted to.”

The researchers explained that, basically, anxiety is the “fearful response evoked by an imminent acute threat.” So, when we’re faced with the possibility of being harmed, it’s natural for feelings of anxiety to be induced in our bodies. However, for a person suffering from anxiety disorders, even safe situations can feel unsafe.

According to the World Economic Forum, an estimated 275 million people from around the world suffer from anxiety disorders — making it the “number one mental health concern people face.” A 2017 report had also noted India’ssignificant anxiety burden. However, given that both sets of data were gathered before the pandemic, which has significantly worsened people’s mental health, who’s to say the current numbers aren’t worse?

The study was an endeavor in understanding ways to treat anxiety better. And, to that extent, the findings turned out to be useful, Suarez-Jimenez said, explaining that they emphasize the “need for treatments that focus on helping patients take back control of their body.”

The next step for the researchers now is to understand the parallels and differences across different disorders and how they impact behavior and feelings. This can catalyze “better, personalized treatment options,” Suarez-Jimenez added.

anxiety | mental health | Not In My Control | Safe Space