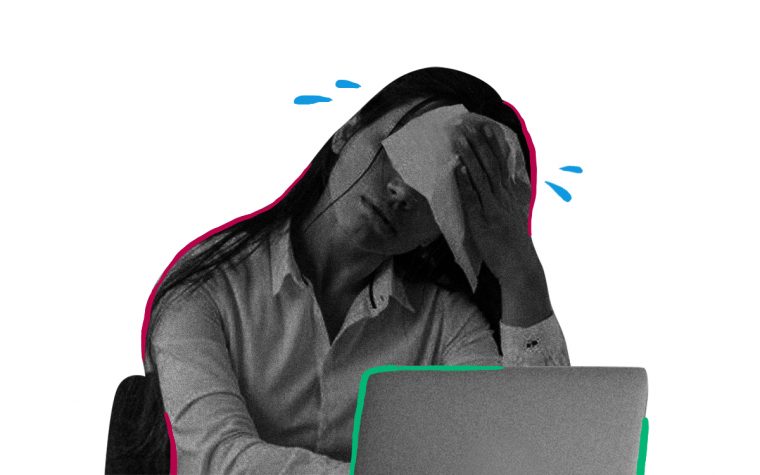 Hot, unpleasant weather is often cited as a culprit of many things: leaving us irritated, angry, tired, and even increasing acts of violence. More commonly, the impact on collective behavior in modern societies is measured through our ability to function — and work.

Notably, the behavioral psychology of what summers do to us, work-wise, influences our overall productivity. In the last few years, experts have uncovered a trend: the economic output of countries tends to drop in hotter years; warmer temperatures could potentially reduce global incomes by an average of 23% by 2100, one estimate showed.

What is it about the high temperatures that align with a lesser output? In Human Thermal Environments: The Effects Of Hot, Moderate And Cold Environments On Human Health, Comfort and performance, author Ken Parsons noted that, when exposed to uncomfortably high temperatures, people tend to be less productive. This is because heat causes us to feel more lethargic and unmotivated in general, making it harder to focus on meetings or daily tasks.

In a study of Indian workers published in 2018, researchers discovered that the productivity of workers engaged in the garment manufacturing industry dropped by 4% when temperatures increased above 27° Celsius. Other findings have explored the impact on students: researchers compared levels of productivity for students living in dorms with and without air conditioning. Students living without air conditioning scored 13% lower on basic arithmetic tests, they found. A separate 2018 study of schools in New York found variations in passing depending on the weather: sitting for an exam on a 32°C day leads to around an 11% lower likelihood of passing as compared to a 22°C day.

Heat is also linked to higher absenteeism at work. “A one-degree increase in the ten-day temperature average increased the probability that a worker would be absent by as much as 5%,” the study on garment workers noted.

Beyond physiological reasons, the temperatures also influence our behavioral attitudes. “People’s attitudes change due to the heat, and they tend to focus on self-improvement and self-care. Sunshine boosts the serotonin and happiness in the brains of others and decreases analytical capabilities, thus diminishing desires to work,” career expert Wendi Weiner told FastCompany.

Naturally, low interest in work also correlates with a populated social calendar, with summer getaways, more weddings, happy hours. Longer days, where the sun doesn’t set until 7-8 p.m., fuel a desire to be socially active. “This isn’t much different than when you were a kid and counted down the days until school was out for summer,” FastCompany wrote. These social instincts may be felt more powerfully during the pandemic — when the long bouts of staying indoors make it all the more tempting to step out, plan vacations, and do less work.

Our sartorial choices can also influence our work attitudes, particularly during the summers — more acutely felt in strict corporate cultures, where the insistence on an official dress code in the form of stiff suits and shirts tends to disrupts one’s work.

A case study from Japan is an interesting example. In 2005, the government introduced “Cool Biz campaign” from May to October annually. This involved a liberal summer code in government offices — a shift from suits to floral, airy shirts — to adjust to the heat. While the more comfortable dress code led to reduced usage of air conditioners, the campaign spotlighted the role professional workwear can play on our productivity during summers.

In the end, it may be convenient to blame the heat — and climate change — for our diminished work productivity. But the conversation should prompt us to acknowledge the tangible impact of climate change on our lives, as evidenced by recent heat waves and delayed monsoons.

White-collar workers, shielded by air conditioners and sheltered in offices or homes, may find solace; while those in the informal work sector will end up bearing the more dangerous impact. Physiologically, heat is linked to increased mortality and illness in people. Summer increases the likelihood of dehydration, heat strokes, increased blood pressure, among other illnesses. A 2021 study found at least 17,000 people died in India itself between 1971 to 2019 due to severe heat waves. Recent spells of high temperature in the northern hemisphere, across Canada and the U.S., have also led to unprecedented deaths due to what experts are calling the “monster” heatwave.

In the face of a warming planet, the discourse needs to extend beyond utilitarian concerns of economic output and fold in the dignity and suffering of human life. As Anant Sudarshan wrote in Forbes: “To truly have an impact in maintaining productivity, the priority must be mitigating climate change before hot temperatures get even hotter.”