Another One Bites the Lust 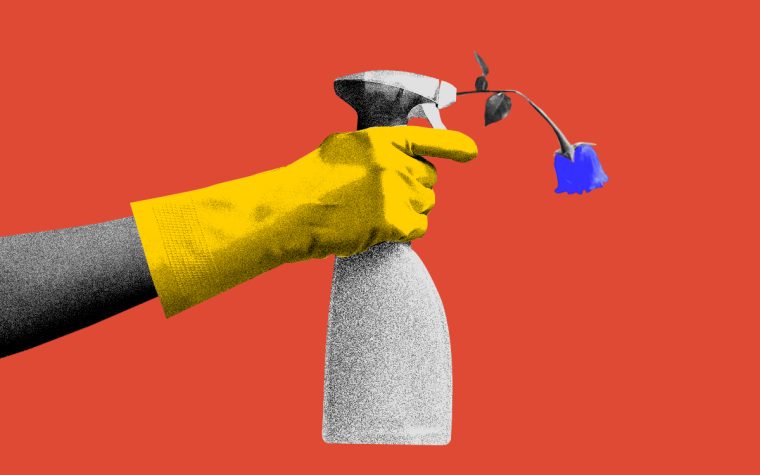 A new study in Archives of Sexual Behavior validates an open secret: men not pulling their weight in household chores lowers women’s sex drive. The study looks at heterosexual couples and identifies heteronormative gender norms as culpable. “[W]e provide the first test of the theory that heteronormativity is related to low sexual desire in women partnered with men,” the authors note.

In a set of two studies, researchers analyzed two sets of women — 677 and 396 — all of whom were partnered with men for six months or longer, and had children 12 years old or younger. They were provided with two things — a scale measuring sexual desire, and a list of 109 household tasks. Two factors impacted low sex drive in the women — the feeling that the unequal labor was unfair, and the perception of their partners as dependents. “These findings support the heteronormativity theory, which states that inequities in household labor can lead to a blurring of mother and partner roles, and that feeling like a partner’s mother is not conducive to desire,” the researchers added.

Low sexual desire has often been studied in an individualized, pathologized form, while studies on societal and structural causes have been limited. So far, the predominant assumption has been that “…low [sexual] desire is caused by individual factors, like hormones and stress, or general relationship factors, like conflict and dissatisfaction,” Emily Harris, co-author of the study, told Vice.

Low sex drive in women can indeed be a sexual dysfunction — but there’s a long history of characterizing it as a mental illness which ignores structural factors that may, in the end, have a greater role to play. “It can feel more manageable to change your hormones, or try stress reduction techniques, than tackle structural inequalities,” said Sari van Anders, another co-author.

Consider another study showing the corollary: women in more egalitarian partnerships in terms of the division of household labor, had greater attraction towards their partners.

A limitation of the present study is that it focuses on a mostly White, western sample. Still, the idea that heteronormative roles within marriages affect desire could explain a lot. In India, unequal division of household work is among the top sources of conflict in a marriage, The Swaddle reported earlier. Further, a nationwide survey in 2020 found that only 26% of men in the country do any kind of housework at all. Moreover, many men often pretend to be bad at it so that they aren’t called upon to perform the labor at all — what’s called weaponized or strategic incompetence. Then there is the cultural expectation around married women and, specifically, mothers in India — that they don’t feel sexual desire at all. Indeed, sex itself becomes a chore for many married women in India.

Clearly, unegalitarian marriages are causing a systemic crisis. The link between housework and sex has stirred impassioned debates before. Psychotherapist Lori Gottleib, in a series of articles, famously declared that men taking on more housework leads to lower sex drives in women — because domestic chores are perceieved to be less masculine. This was based on a study that said that conforming to gender roles — and therefore, performing more masculine chores — was more important than sharing the load equally. And yet, a 2006 survey found that men who did more housework had more sex with their wives. Another study that involved 17,000 people in 28 countries found that live-in boyfriends performed more chores in the house than married men — suggesting that marriage reinforces greater gender stereotypes about labor, and therefore an unequal division of it.

Then, there is the way that the current structure of society fundamentally depends on this unequal division of labor in marriages. Anthropologist Kristen Ghodsee suggests that capitalism is to blame. In her book Why Women Have Better Sex Under Socialism, she posits that capitalism depends heavily on the free and undervalued labor of women — that is, household labor. In a nutshell, Ghodsee’s thesis is that a system that doesn’t extract this kind of a toll on women and provides greater social safety nets is one where they’ll be happier, and have better sex.

The confluence of a number of systemic factors, then, is clearly killing women’s desire. The more we study how, the more we might address it from the roots — rather than focusing on individual women alone as the potential “problem.”

Another One Bites the Lust | division of labor | gender | sex