Losing Control in the Digital Age 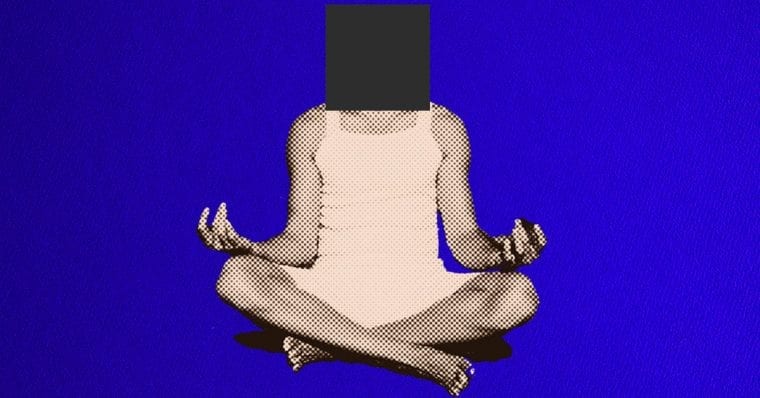 “I hope you don’t have a habit of talking too much.”

He said this less than a minute after we introduced ourselves. I had barely checked out the room when he drew the curtain that would separate the space into two halves.

The room was sparsely furnished; there were two metal cots on either side of the room, the walls were bare, beige in colour, with shelves carved out to serve as both wardrobe and bed-table.

“If you do, it might be a problem,” he hastily added from behind the curtain, without waiting for my answer.

I had enlisted myself to spend 10 days in complete silence, learning an ancient meditative technique that required me to live in a residential facility, with no way to stay in touch with the world outside. The life was a monk’s: My days would start at 4 am and be spent in total silence, meditating for 12 hours a day. We were forbidden from communicating, even through gestures. Dinner was tea and a snack at 5:30 pm and 9 pm would be lights out. Books and diaries were strictly prohibited.

My roommate, a veteran who had done the course eight times before, was still talking, listing rules. He shook his head when I sprayed deodorant, insisting it would please the senses – something the course expressly warns against.

“We can’t be making any eye contact. No talking, no looking.” I kept nodding. “Pretend that I don’t exist,” he said, looking at me with a sense of finality.

That was the last time we looked at each other for the next 10 days.

Vipassana is a meditative technique, approximately 2,500 years old, which involves observing the sensations within your body. The word ‘Vipassana,’ according to course material, means “to see things as they really are.” To do that, to pick up on minute sensations on your skin and underneath, you have to be completely immersed in silence, without distraction.

At the core of it lies the virtue of renunciation. The course and the stay are free. This was supposed to make us ego-less; your money has no use for you here, we were told. We all had similar rooms, ate the same food, washed our own dishes, meditated in the same communal hall; in fact, the freezing cold of February ensured we all covered ourselves in the same blue shawls the centre provided.

I had returned to India just weeks before, having spent a year and a half in England studying and working. I was sad, after letting go of my life there, and returning to familiar things, but seeing them in a new light, was disorienting.

It was a feeling compounded by an onslaught of digital demands — the unending social media feeds, the constant pings of WhatsApp messages, the need to stay connected at all times.

It was too much — a spiralling experience for more people than only me. Studies are showing digital technology is driving cognitive imbalances and impulsive decisions, and may soon make life even more uncontrollable; a recent survey asking technology experts, scholars and health specialists “how will changes in digital life impact people’s overall well-being physically and mentally” over the next decade found 53% of them said well-being will either remain static, or be more harmed than helped. The latter group cited, among other consequences, a reduction in personal agency as emotional reactions become the algorithm-manipulated norm.

I hoped the 10 days of Vipassana would be a pause, a time of introspection, a time to retake control.

At 4:25 am on the first day, the sound of a massive gong followed by tinkling hand bells drew us all out. Under the dim moonlight and a million stars, in freezing cold, shawl-draped figures were shepherded into a mid-sized hall. It was as bare as the rooms, marked by neat rows of blue cushions on the floor and matching curtains. The men were on the left, women on the right.

I spent the first two days feeling excited at what lay ahead and annoyed that I couldn’t concentrate – before my body started crumbling. It started with crushing backaches and leg cramps. I was not used to spending 12 hours a day sitting on the floor.

Then came the crumbling of the mind. Friends and acquaintances who had undertaken Vipassana had warned me about this, shared stories of people weeping profusely inside the meditation hall, of people who quit midway because they could not take what their minds were throwing up.

Sometime on the third day, it happened to me — my mind started throwing up deep-rooted fears, insecurities and unpleasant memories I thought I had made peace with. Fears about my family’s well-being were a recurring theme. Having seen close family members suffer sudden bouts of illnesses in the recent past, my mind nudged me to worry about them: It’s been three days and you don’t know if they are fine.

On the fourth day, I went up to a volunteer, asking if the emergency contact numbers I had passed on to my family were functional. (Talking to volunteers was permitted sparingly and only when very necessary.)

By day six, as I was fighting one overwhelming emotion or worry, another one flowed over me. Concentration was a distant dream. I had always feared water, and this felt like drowning.

I opened my eyes to see everyone else deeply immersed in meditation. They had become familiar, each having something unique to him; the guy who burped too loud, one who shuffled a lot, or the one who I secretly believed was sleeping all through. Each avoided eye contact, no comfort in their faces.

I walked out of the hall, but not even staring at the Doon valley, surrounded by mountains on two sides and the Noon river on the third, could ground me.

The course instructions, issued through daily pre-recorded videos, insist that feeling your sensations is one part of the course. The more crucial part is not reacting to those sensations.  For instance, the pain in my legs was something I should not be bothered by; I should not wish it away, because that would mean cultivating aversion toward it, and attracting negativity. Instead, I should witness the pain like an external observer and remind myself it was temporary and fleeting. In the first five days, I had managed to somewhat internalise these lessons in dealing with the physical discomfort.

Now, disturbed at how disrupted my mind could be, this teaching came back, and a deeper realisation struck home.

All my worries stemmed from the fact that I was not in touch with my loved ones. This, inherently, carried a sense of self-importance, a feeling that my presence could change a possible outcome from bad to good.

I was not used to this. Most of my actions in life aimed at amassing more control – of situations, relationships, career trajectories and life plans. The reason I had come was because I was feeling out of control and wanted to recenter. How futile.

I went back to my designated cushion and shut my eyes. The fears had not disappeared, the worries had not vanished. Outside, the apps and algorithms that make us feel small, almost vulnerable, were waiting. But, I would not react to any of it. I would respond, and in my time.

“You were good,” my roommate told me, on the tenth day. He told me he admired me for not once trying to broach a conversation, nor make eye contact. Most of his previous roommates had found it difficult, he said.

“But, you seemed in control,” he said, stretching his hand out to congratulate me.