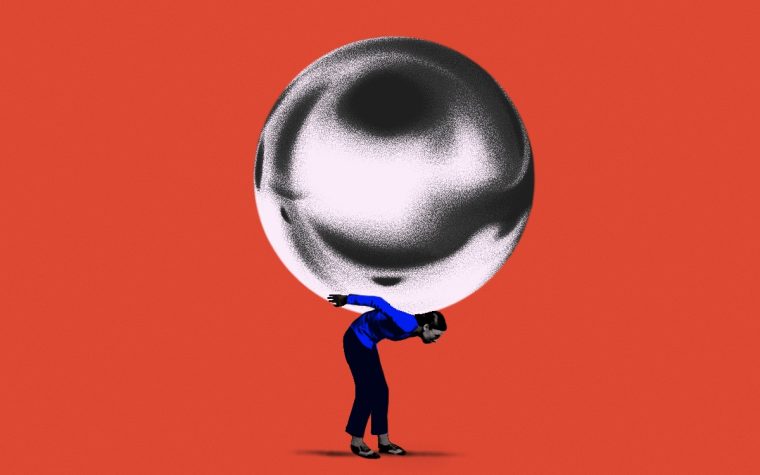 Having grown up in India during the 1990s and 2000s, one may be tempted to believe perfectionism is an aspirational trait. It was a time when praises were heaped upon actor Aamir Khan for his supposed perfectionism; even today, a simple Google search spews up a multitude of articles terming him “Mr. Perfectionist.” Everyone else who grew up in this culture, too, began boasting about being perfectionists. It’s only recently — perhaps, due to growing awareness of mental health — that people are beginning to recognize perfectionism as a bane rather than a boon.

A recent study — published in the Journal of Personality and Social Psychology — adds to the discourse by establishing that perfectionism doesn’t just lead to depression in the long run, but is also counterproductive. Through a series of five studies involving more than 2,000 participants, the researchers found that perfectionism can lead to poorer outcomes, while making people miserable and causing them to feel less fulfilled in their lives.

“Perfectionists are driven by this very intense and old feeling of not being ‘good enough.’ Their identity is entirely tied to their performance, meaning that it’s not a case of if they burn out, but when,” Audrey Stephenson, a psychotherapist who wasn’t involved in the study, had told The Stylist once.

The authors advocate for “excellencism,” instead. “Excellencism is about setting good but achievable goals, and being engaged but flexible with them, and then moving on to other tasks once they are achieved,” writes Richard Brouillette, a psychotherapist who wasn’t involved in the present study. “Those who strive for excellence… perform better than perfectionists.” And, unlike perfectionists, they don’t end up feeling “drained and self-critical,” Brouillette adds.

It’s Okay: To Be Mediocre

The new findings on the link between depression and perfectionism correspond to those from past studies. Published in the Journal of Research in Personality, a 2020 paper — involving 18 longitudinal studies conducted on 5,568 participants — too, had found that perfectionism can lead people to think, feel, and behave in ways that generate stress and social disconnection, resulting in depressive symptoms. “I believe that the destructiveness of perfectionism is severely misunderstood, underestimated, and underappreciated. Moreover, research suggests we are currently facing an epidemic of perfectionism,” Martin M. Smith from York St. John University, corresponding author of the study, had told PsyPost.

In addition to depression, past studies have also linked perfectionism to other mental health disorders like anxiety, eating disorders, and deliberate self-harm. With a global mental health crisis underway in the aftermath of the pandemic, this link between perfectionism and depressive symptoms could be even more dangerous.

In fact, even before the pandemic struck, perfectionism was at a record high among youth. “Irrational ideals of the perfect self have become desirable — even necessary — in a world where performance, status, and image define a person’s usefulness and value,” notes an article published by the World Economic Forum in 2018.

India, perhaps, has all the more reasons to be concerned. To begin with, one in every 20 Indians already suffers from depression, according to the WHO; in fact, mental distress is believed to be the key reason behind one student committing suicide every hour in India. Making matters worse are Indian “child-rearing practices,” which have already been criticized for cultivating perfectionism on the basis of socially perceived notions and demands — making the link between perfectionism and depression, in a country riddled with depression, scarier.

Yet another study — published in the British Journal of Psychology this June — suggested that perfectionism might, in fact, curb creative thinking, too, thereby impacting one’s performance adversely. “Standards of perfection have an important impact on the process of creation. It affects the motivation, emotions, and behaviors of individuals. High strivings can be energizing, but may also rigidify the behaviors of individuals when set rigidly,” explained its lead author Jean-Christophe Goulet-Pelletier from the University of Ottawa. “[I]ndividuals should be careful not to rigidly pursue goals which leaves little room for the exploration of possibilities and the expression of oneself.”

Goulet-Pelletier, too, is a proponent of excellencism. “Relaxing the perfection constraint means changing the narrative so that it becomes ‘okay if it isn’t always perfect.’ As such, our findings suggest that excellencism could be a suitable alternative to the pursuit of perfectionistic standards… Striving for perfection over and above excellence is likely to limit experimentation, spontaneity, and openness,” noted Goulet-Pelletier’s co-authors in the study.

Is it easier said than done? Perhaps, yes. But it can certainly be done, assure experts.

“Perfectionism is neither healthy, positive, adaptive, or functional. Rather it is a serious issue that can cause profound psychological harm. There is no pill that can treat perfectionism,” Smith had concluded. “That said, there is compelling evidence that perfectionism is treatable, especially in the context of long-term psychotherapies.”