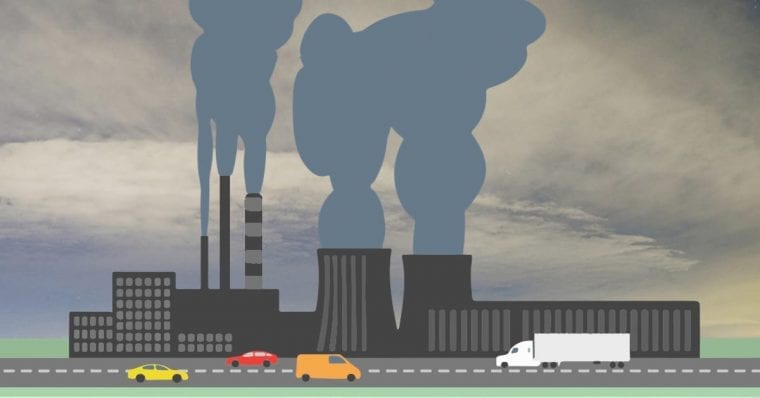 A new study performed by the Barcelona Institute for Global Health and the Erasmus University Medical Center of Rotterdam has linked fetal exposure to residential air pollution with brain abnormalities that may contribute to impaired cognitive function in school-age children.

Indian metros have some of the worst air pollution in the world; late last year, the air pollution in Delhi was literally off the charts — nearly twice the outermost level in the ‘Hazardous’ range, the most severe category of the Air Quality Index. Experts said residents were breathing air equivalent to smoking 50 cigarettes a day. Mumbai, long touted as better, exceeded Delhi’s level of air pollution at various points last winter. And both Mumbai and Kolkata exceed national standards for air quality.

Bad news, then, that the study, published in Biological Psychiatry, reports that the air pollution levels related to brain alterations were within a range considered safe — far lower than the levels Indians in these cities are regularly exposed to.

Related: All You Need to Know about Air Purifiers

While cause-and-effect was not proven, the study did show for the first time a relationship between air pollution exposure and a difficulty with inhibitory control, that is, the ability to exercise self-control over temptations and impulsive behavior. It’s a skill that, when inhibited, is related to mental health problems such as addictive behavior and ADHD. Fetal exposure to fine particles was associated with a thinner cortex — the outer layer of the brain– in several areas of both hemispheres, which is one of the factors that may explain the impaired inhibitory control.

Researchers followed Dutch women through pregnancy, and their kids from birth until somewhere between the ages 6 and 10. Air pollution data came from monitoring campaigns, and included levels of nitrogen dioxide and coarse and fine particulate matter. (Fine particulate matter is particularly linked to a variety of human health problems, including asthma; it’s the stuff responsible for making the air look hazy or foggy.) Brain morphology was assessed using brain imaging performed when the children were between 6 and 10 years old.

The relationship between exposure to fine particulate matter, brain structure alterations, and inhibitory control was found despite the fact that the average residential levels of fine particles in the study were well below the current EU limit — only 0.5% of women in the study were exposed during their pregnancy to levels considered unsafe. The average residential levels of nitrogen dioxide were right at the safe limit.

This finding adds to previous studies that have linked acceptable air pollution levels with other complications including cognitive decline and fetal growth and development.

“Therefore, we cannot warrant the safety of the current levels of air pollution in our cities,” said Dr. Mònica Guxens, lead author and researcher of ISGlobal and Erasmus University Medical Center.

Possibly because air quality standards have been set in consideration of the fully developed body; the fetal brain is particularly vulnerable, as it hasn’t yet developed the mechanisms to protect against or remove environmental toxins.

“Although specific individual clinical implications of these findings cannot be quantified, based on other studies, the observed cognitive delays at early ages could have significant long-term consequences such as increased risk of mental health disorders and low academic achievement, in particular due to the ubiquity of the exposure,” Dr. Guxens said.