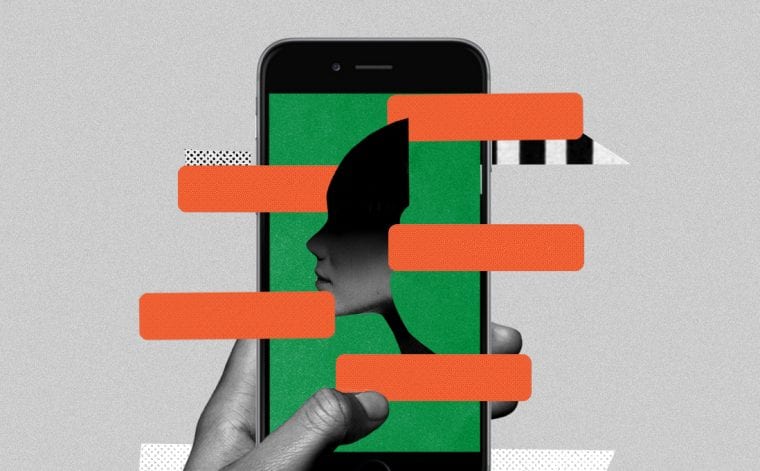 I must have been 16; I was sitting in class when I overheard a group of boys refer to me as Mulli — a derogatory term used for Muslim women. All the boys sitting nearby joined them in a burst of laughter. The way they looked at me was not ordinary misogyny. I realized then that it was not just because I was a girl, but because I was a Muslim girl.

Some eight years later, I woke up one day to realize my pictures were among hundreds of other pictures of Muslim women being auctioned away on the Internet.

Some men from the Hindu right-wing ecosystem had created an “open-source community-driven project” on GitHub, an app called “Sulli Deals,” where anyone could get their “Sulli Deal of the day” (Sulli is a derogatory term used for Muslim women). Like many similar incidents before it, this became a public display of the fetishization and degradation of Muslim women. It was not just our bodies that were being auctioned; it was our very identity, existence.

The sexual fetishization of Muslim women has been prevalent in society for a long time, and is closely related to the violence and abuse directed toward them. There is a meta-discourse about Muslim women that occurs even in woke, liberal circles, which is constructed upon the rhetoric of Muslim women’s liberation. This power politics and patronization of Muslim women makes the Muslim woman an “ideal victim.” She is imagined in an Islamic veil, submissive, and devoid of individuality or agency, because she doesn’t fit the feminist narrative of the Savarna/elite.

This idea, popularized by Savarna circles, has become the linchpin for violent right-wing men’s misogyny against Muslim women. Coupled with Islamophobia, the result is hordes of men fetishizing the idea of “conquering” the mysterious exotic woman in the veil.

In times of conflict, this goes beyond just fetishization — Muslim women’s bodies become sites of violence. Abusing these Muslim women is no longer only about the subjugation of the women, but an indirect attack on the Muslim men.

In a paper talking about how Muslim women’s bodies were similarly used during the Partition, the author explains: “The violent acts on women’s bodies were not targeted at them as individuals… A woman’s body became a site where one group tried to prove its religious supremacy over the other.”

Another example is how Hindu men publicly fantasized about being able to marry Kashmiri women after the abrogation of Article 370 in Jammu and Kashmir.

All this is a part of the systematic project of Muslim dehumanization. How these men demean Muslim women is different than how they demean other women. Women are already considered “lesser beings” in a patriarchal narrative, Muslims are considered the worst, and hence the Muslim women are the worst of these lesser beings. The idea stems from the same sentiment that promotes lynching and hate crimes.

But such incidents are not isolated or perpetuated only by outliers. This Islamophobic misogyny is systemic and occurs at a community-wide level. Young boys from other communities grow up being taught and believing all sorts of anti-Muslim rhetoric. From early on, violence against Muslims is already normalized at dinner tables or in drawing rooms, where Islamophobic comments are passed off as harmless quips.

Aseem Sundan, a poet and from a Hindu family, remembers a story that illustrates this point well: “[In school one day], a boy who was my senior asked me if I was a Muslim. I told him I wasn’t, so he went on to describe what we should do to this Muslim boy’s younger sister with the grossest sexual details possible and then said that her brother would be okay with it, because that is how it is in their families. I didn’t know it was Islamophobia or rape culture that I experienced.” He added, “It’s precisely this mentality that leads to things like Sulli Deals happening in public forums.”

The young boy did not come up with the depraved things he said himself. He learned it from his elders, his surroundings — from a society that does not object to it. Society is complicit in making that boy into the kind of man who would try to auction women online.

This normalization and perpetuation of hate derive power from state authorities that validate them. The last pillar of defense that exists to fight social evils is law and order, lawmakers, and the democratic structure of a country. But what do you do when the very people leading the democratic structure of the country are those who benefit from and hence propagate a communal mentality through organized programs and rallies, structural brainwashing of Hindu youth in rural and urban areas?

This thinking also has ideological backing. One of the main Hindutva thinkers, Vinayak Damodar Savarkar, justified the rape of Muslim women as a political tool. He did it under the guise of “Hindi virtue” in his book “Glorious Epochs of Indian History.” In his view, it is justified to rape Muslim women in riots because it is “revenge” for the alleged barbarity of Muslims in medieval times.

Manifestations of Savarkar’s teachings were recently seen in the Mahapanchayats organized in Haryana, where open calls were made to abduct Muslim women to “teach Muslim men a lesson.” Despite the outcry on Twitter, police took no action against the perpetrators. A Hindu priest in the past has even called for “digging out Muslim women from their graves and raping them.” During the Gujarat massacre, pregnant women’s stomachs were cut open and they were mass raped. Babu Bajrangi, who is out on bail, even boasted about doing it on camera, and yet no action was taken against him; in fact, it was broadcast on major TV news channels. This pattern of enabling is unsurprising today.

No arrests have been made still in the Sulli Deals case. Notably, it is all reflective of the systematic oppression that Muslim women face. The systems of power protect the perpetrators. And as long as the state continues to perpetuate religious nationalism, all women will suffer from the misogyny and rape culture; the worst of it all will be reserved for Muslim women. Nabiya Khan is a poet and an activist based in New Delhi, India. She is known for her poem “Ayega Inquilab,” which went viral during the anti-CAA movement.

See all articles by Nabiya