I Care About You

Why We Are Able to Empathize With Some, Never All 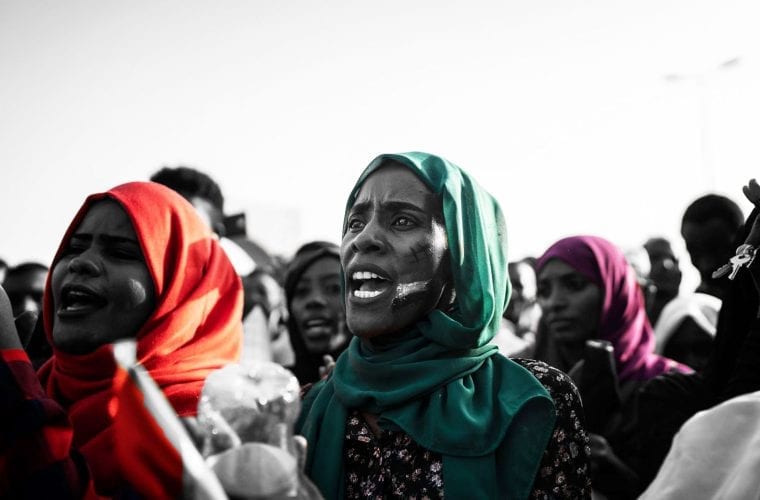 Being able to empathize is a virtue; an empathetic person can understand others’ emotions, share their pain, and is compassionate enough to try and help. Empathy may arise out of love, out of obligation, or stem from genetic dispositions coded in our DNA. Yes, it takes a toll, which is why empathizing is increasingly becoming a choice. We exercise empathy in ample amounts for friends, family and our immediate community, but find it difficult to empathize beyond a token amount for anybody else — a phenomenon called selective empathy.

Take the most recent empathy gap in the news, for instance: the Republic of Sudan, in northern Africa, is currently undergoing a deadly political crisis. In December, the long-time president, Omar al-Bashir, came under fire for making cuts to basic necessities, such as food. Hundreds have been killed, raped or injured, thousands are missing — and the details of the ongoing crisis are but an echo in the news cycle and social media feeds. On the other hand, the outrage and sorrow over the April fire in Notre-Dame de Paris cathedral, which led to one of its spires falling, never seems to end. First, there were guides compiled for coverage of the fire, then reportage of accounts of people who held memories of Notre Dame dear and then scoops on how it would be rebuilt and who would reconstruct it. To make it clear: the building is still there, and nobody died in the fire.

Yes, it is unfair that people are dying in Sudan, and the news keeps harping on about an erect, spire-less building in Paris. But media outlets are catering to what people care about most. And while journalistic responsibility plays a part in how news is curated for consumption, it’s important to break down why we employ such selective empathy. Why do we nonchalantly scroll past news of hundreds dying all over the world, and at the same time shed tears over an old building?

According to a 13-year study of American reactions to natural disasters in the 70s and 80s, the severity or deadliness of a disaster is not the primary factor driving people’s empathy; an earthquake that killed 1,000 people in Italy, at that time, garnered three times the coverage of an earthquake that killed 4,000 in Guatemala. The study, conducted by George Washington University professor William C. Adams found that news coverage was in direct relation to how much United States citizens cared about each country. Study researchers also found that the care U.S citizens felt was also based on how likely Americans were to visit a country, and how geographically close the country was to their own. This shows humans are more likely to empathize with people with whom they share experiences, or in whom they see reflections of their own personalities.

We’re more likely to empathize with those with whom we share attributes; they can be communal, national, or religious. This is because to empathize is to do emotional and mental labor, an effort we are not inclined to put towards someone who is distinctly different from us. Selective empathy is most often realized by skin tone, probably because a difference in appearance is the most apparent. Rampant implicit bias associated with darker skin tones gives rise to structural discrimination, which further interrupts the process of giving empathy.

In India, caste works in a similar way. Differences in caste more often than not translate to differences in lived experiences — both of which widen the chasm of inter-group relatability. This makes it harder for different groups to empathize with each other. When we set store by the groups we belong to, and the life experience and privilege they accord us — we start to value our group membership as a virtue. By extension, anybody not in that group would become otherized — either to be feared, pitied or looked at in awe from afar. When we understand the ‘others’ only on the basis of their group attributes — ethnicity, skin tone, class, religion, etc. — we fail to understand their lived experience, making empathy impossible. Thus, we fail to appreciate their suffering, understanding the suffering of our own and adjacent groups as tragic, while dismissing theirs with a mere shrug.

Historically, there are certain such ‘otherized’ groups that have born the brunt of a lack of empathy from the privileged majority: Muslims, black people, the LGBTQIA+ community, marginalized castes and tribes in India. While this list is in no way complete, a common theme runs through the persecuted minorities: their existence has been painted as not normal, and a threat to society. From Muslims being equated to terrorists, black people to criminals, ‘lower’ castes as impure, and queers as ungodly, when marginalized groups are painted as caricatures of human beings. This makes empathizing with their lived experience all the more difficult, paving the way for prejudice to fill the gaps.

Prejudice has colored almost all decision-making in society. Where a privileged group holds positions of power — in the government, in corporations, in humanitarian aid agencies — over less privileged groups, policies often further the interests of the privileged, making the world more safer for them, opening up opportunities for them, while ignoring everyone else (cue: the UN pulled out of Sudan).

In Dark Sides of Empathy, Franz Breithaupt, a professor at Indiana University who studies empathy, tells NPR, “One of the strongest triggers for human empathy is observing some kind of conflict between two other parties. Once they take the side, they’re drawn into that perspective. And that can lead to very strong empathy and too strong polarization with something you only see this one side and not the other side any longer.” One of the main reasons we are not able to empathize completely and effectively with historically marginalized groups is because our privilege automatically chooses sides — mainly, our own. Then, Breithaupt says, suffering for certain groups is not a result of a lack of empathy, but a highly selective one, which means “basically you give up on civil society at that point. You give up on democracy. Because if you feed into this division more and you let it happen, it will become so strong that it becomes dangerous.” This is a vicious cycle: the less empathy a group gets, the more otherized they become, only to get even less empathy in the future.

The way to combat this cycle, NPR reports Breithaupt saying, is not to consider empathy as a way to help someone, but to help ourselves. If we can understand and share experiences of groups we formerly thought too different from us, then we’re expanding our minds to be healthier, more inclusive. Empathy wouldn’t feel like a favor given to the less privileged, and since we’re thinking primarily about our own emotional growth, it certainly wouldn’t feel like a choice.

emotional health | emotional labor | I Care About You