Perfectionism at Record High among Kids, and It’s Taking a Toll The drive to be perfect in body, mind and career among today’s youth has significantly increased compared to prior generations, which may be taking a toll on young people’s mental health, according to research published by the American Psychological Association.

This study is the first to examine group generational differences in perfectionism, which study authors Thomas Curran, PhD, of the University of Bath and Andrew Hill, PhD, of York St John University, define as “an irrational desire to achieve along with being overly critical of oneself and others.”

Curran and Hill analyzed data from 41,641 American, Canadian and British college students from 164 samples who completed the Multidimensional Perfectionism Scale, a test for generational changes in perfectionism, from the late 1980s to 2016. They measured three types of perfectionism: self-oriented, or an irrational desire to be perfect; socially prescribed, or perceiving excessive expectations from others; and other-oriented, or placing unrealistic standards on others.

The rise in perfectionism among young people is being driven by a number of factors, according to Curran, including, perhaps, one of modern parenting’s biggest bugbears: social media. While the team didn’t perform any analysis to prove what is responsible for increasing perfectionism, raw data suggest that social media use pressures young adults to compare and perfect themselves, making them dissatisfied with their bodies and increasing social isolation. Rising perfectionism coincides with a rise in meritocracy, Curran noted, as schools, universities and society encourage competition among students to move up the social and economic ladder.

“Meritocracy places a strong need for young people to strive, perform and achieve in modern life,” said Curran. “Young people are responding by reporting increasingly unrealistic educational and professional expectations for themselves. As a result, perfectionism is rising.”

Approximately half of high school seniors in 1976 expected to earn a college degree and by 2008, that number had risen to over 80 percent. Yet, numbers of degree-earners have failed to keep pace with rising expectations, according to Curran. The gap between the percentage of high school seniors expecting to earn a college degree and those who actually attained one doubled between 1976 and 2000 and has continued to rise.

“These findings suggest that recent generations of college students have higher expectations of themselves and others than previous generations,” Curran said. “Today’s young people are competing with each other in order to meet societal pressures to succeed and they feel that perfectionism is necessary in order to feel safe, socially connected and of worth.”

The increase in perfectionism may in part be affecting the psychological health of students, said Hill, citing higher levels of depression, anxiety and suicidal thoughts than a decade ago. While Hill and Curran’s study focused on American students, it is applicable in the Indian context, too, where academic competition and pressure to succeed is arguably even fiercer.

Indeed, two years ago, The Swaddle reported suicide as the leading cause of death among India’s youth, and the factors driving teens to consider killing themselves sound a lot like the American expectation gap Curran describes. The economic and social reality that confronts Indian teens today is often very different from the possibilities they’ve been exposed to through education or the Internet, said Vikram Patel, Goa-based psychiatrist and co-director of the Centre for the Control of Chronic Conditions at the Public Health Foundation of India at the time. A girl with an education, who has the opportunity for a higher education or a career, may struggle to conform to expectations that prioritize marriage and motherhood; a boy is more likely to struggle with expectations he pursue a high-earning job above all other interests.

“Any condition that accounts for the highest deaths among the most productive age group has to be the most important priority for the country,” Patel told The Swaddle at the time.

And maybe it starts with addressing the perfectionism that drives it. 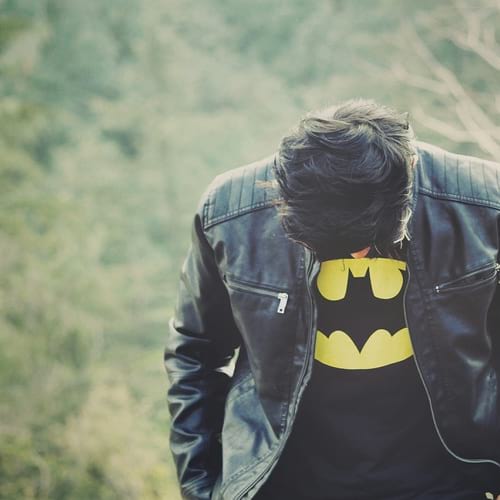